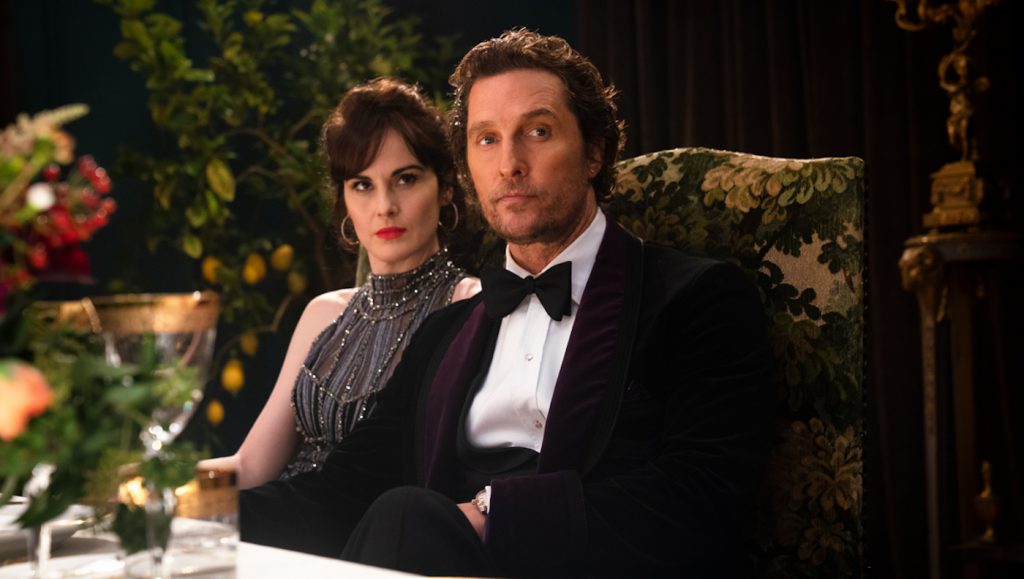 Guy Ritchie made his name with whip-smart, kinetically filmed crime capers that all but leapt off the screen. Lock, Stock and Two Smoking Barrels and Snatch were the two movies that American audiences fell in love with. They were hilarious and thrilling, reveling in a British underworld filled with captivating characters and occasionally impossible-to-decipher dialogue (we’re looking at you, Brad Pitt in Snatch). Ritchie went on to make ever bigger films, including rebooting the Sherlock Holmes franchise, the international caper The Man From U.N.C.L.E., the historical epic King Arthur: Legend of the Sword, and most recently, the rebooted Aladdin. Ritchie appears to be returning to his underworld roots, however, and the first trailer for The Gentlemen will delight fans of his earlier films.

As in those earlier Ritchie movies, The Gentlemen is a proper ensemble film. Ritchie’s cast includes Matthew McConaughey, Charlie Hunnam, Henry Golding, Michelle Dockery, Jeremy Strong, Eddie Marsan, Colin Farrell, and Hugh Grant. The story revolves around an American expat in London (McConaughey) who’s looking to cash out of his marijuana empire. This triggers a whole cadre of schemers, dreamers, and deadly criminal-types looking to become the new weed king of London. It seems that it’s very difficult to simply cash in your chips and bow out gracefully when you’re sitting atop a criminal empire. The trailer provides, among other delicious Ritchie-isms (great dialogue, great music, comedy-inflected mayhem) the welcome sight of Hugh Grant playing a heavy.

Check out the first trailer for The Gentlemen below:

From writer/director Guy Ritchie comes THE GENTLEMEN, a star-studded sophisticated action-comedy. THE GENTLEMEN follows American expat Mickey Pearson (Matthew McConaughey) who built a highly profitable marijuana empire in London. When word gets out that he’s looking to cash out of the business forever it triggers plots, schemes, bribery and blackmail in an attempt to steal his domain out from under him (featuring an all-star ensemble cast including Charlie Hunnam, Henry Golding, Michelle Dockery, Jeremy Strong, Eddie Marsan, Colin Farrell, and Hugh Grant).