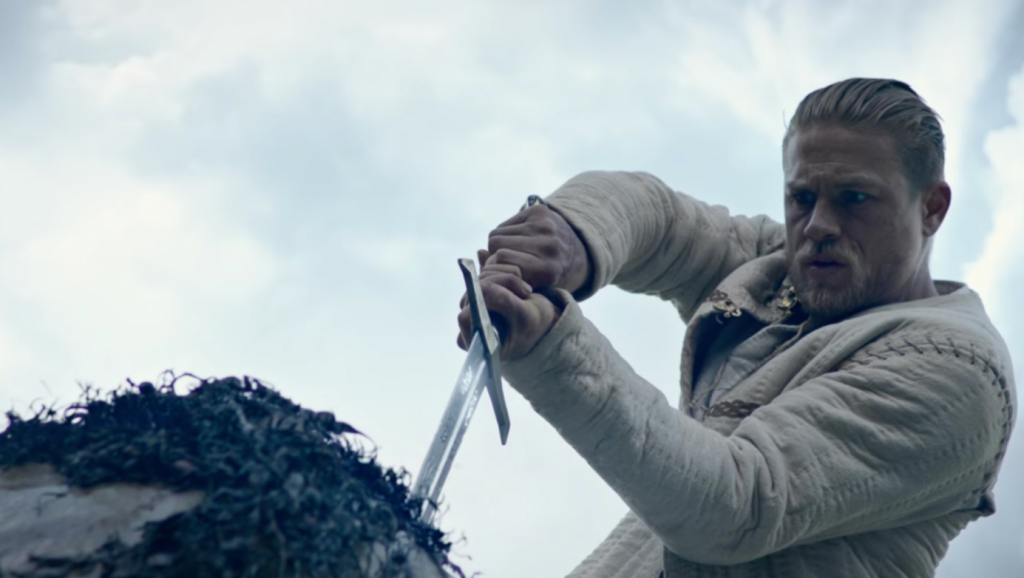 The Final, Ferocious King Arthur: The Legend of the Sword Trailer

Director Guy Ritchie has married his singular, kinetic filmmaking chops to one of the most iconic tales in the Western canon for Warner Bros. Pictures King Arthur: Legend of the Sword. The final trailer begins with arguably the most iconic moment in the story, when a young Arthur (Charlie Hunnam) pulls the titular sword, Excalibur, from the stone, and sets into motion an epic adventure. It’s easily the most compelling of all the King Arthur promos we’ve seen (using Led Zeppelin’s “Babe I’m Gonna Leave You” doesn’t hurt), showing how Ritchie’s King Arthur is a tale of revenge.

Legend of the Sword traces Arthur’s journey from the streets to the throne, a journey orchestrated by his murderous uncle, Vortigern (Jude Law). It’s Vortigern who kills Arthur’s father and steals the crown, forcing our hero into the streets when he’s just a child. Everything changes, however, once Arthur manages to pull Excalibur from the stone.

Along with Hunnam and Law, Legend of the Sword stars Astrid Bergès-Frisbey, Djimon Hounsou, Aidan Gillen, Eric Bana, with a script from Joby Harold and Guy Ritchie & Lionel Wigram.

King Arthur: Legend of the Sword arrives in theaters on May 12.

TAGSKing Arthur: The Legend of the Sword