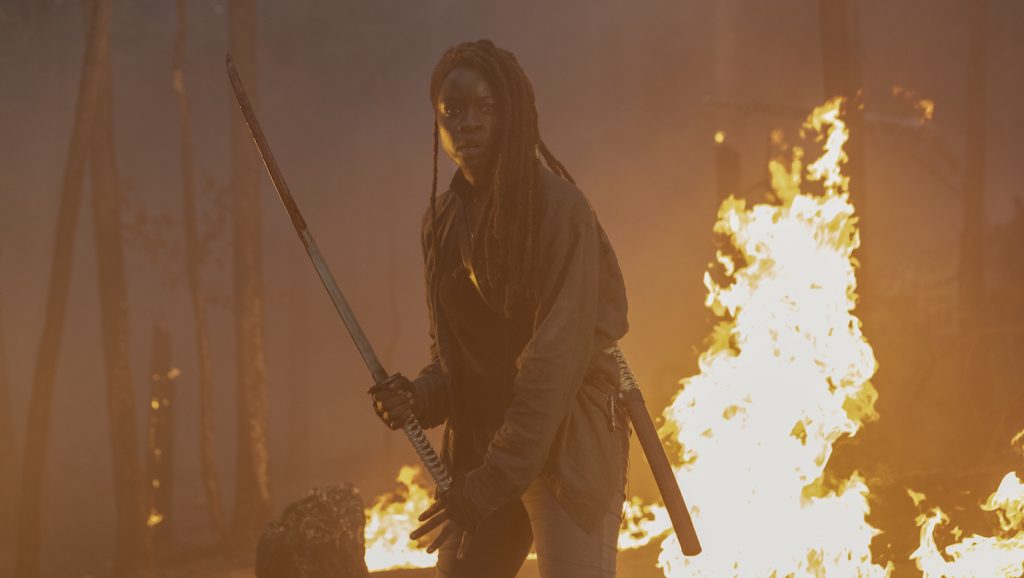 The Walking Dead Season 10 Video Teases the Nightmare to Come

Ten years ago, The Walking Dead began as an ambitious but singularly focused series about a cop, Rick Grimes (Andrew Lincoln) and his attempt to navigate a zombie-infested world after waking from a coma. He wanted to find his family and make some sense of the world he’d awoken to. His travels introduced him to new friends, many of whom he’d stick with over the seasons, as well as adversaries, from the zombies themselves to his former partner and best friend, Shane (Jon Berenthal). In a little less than two weeks, the 10th season will air on AMC on October 6, and my how things have changed. Rick’s gone, and our survivors face a whole new level of threat in the Whisperers. A new video reveals just what’s in store for our survivors, including interviews with the cast and crew, and a nice tease for what’s to come.

Some of our favorites characters are still around, however (we’re talking about you, Michonne, played by the unbeatable Danai Gurira), while others have been dispatched, almost always gruesomely. “In this season with the introduction of the Whisperers last year, it’s a completely different kind of war,” says executive producer Greg Nicotero. “We’re dealing with this subversive, Cold War-type paranoia and sensibilities about people.”

“The group is in such a tight place right now,” says fan favorite Norman Reedus, whose Daryl has been around since the very beginning. “Being squeezed from every direction.”

The Whisperers are lead by Alpha (played by Samantha Morton), who comes with a massive army of the undead at her disposal. She’s a whole different kind of challenge for our survivors, a group that you’d think have seen everything by now.

Here’s the official synopsis for Season 10 of The Walking Dead:

The Walking Dead is a story that started 10 years ago with one man trying to find his family. That family grew and gradually communities took shape. They fought and survived, thrived and gave birth to a new generation. It is a tale of humankind and there are more stories to tell. It is now Spring, a few months after the end of Season 9, when our group of survivors dared to cross into Whisperer territory during the harsh winter. The collected communities are still dealing with the after-effects of Alpha’s horrific display of power, reluctantly respecting the new borderlines being imposed on them, all while organizing themselves into a militia-style fighting force, preparing for a battle that may be unavoidable. But the Whisperers are a threat unlike any they have ever faced. Backed by a massive horde of the dead it is seemingly a fight they cannot win. The question of what to do and the fear it breeds will infect the communities and give rise to paranoia, propaganda, secret agendas, and infighting that will test them as individuals and as a society. The very idea of whether civilization can survive in a world filled with the dead hangs in the balance.

The Walking Dead returns Sunday, October 6 at 9/8c on AMC.