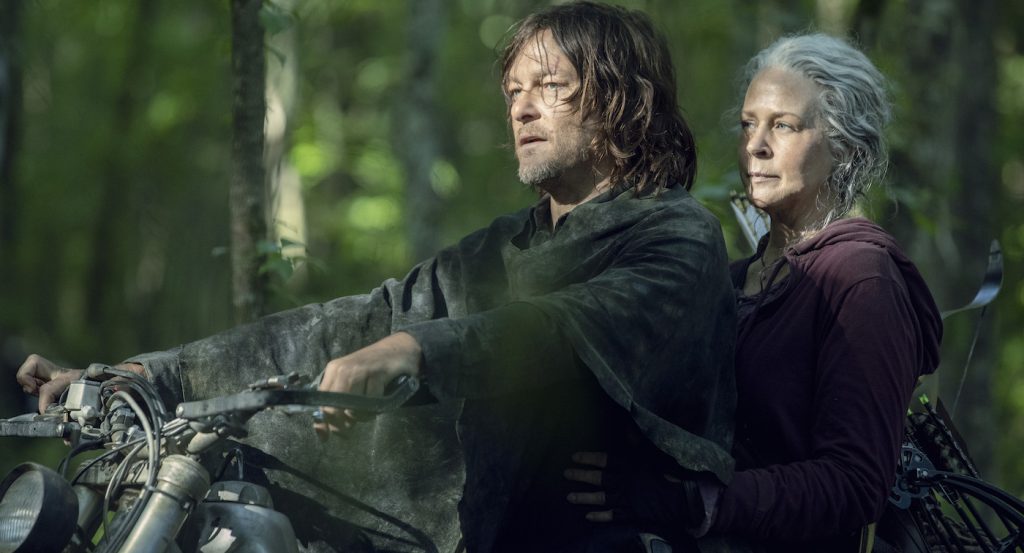 AMC’s hit series The Walking Dead returns for its 10th season, and a fresh batch of images gives us a glimpse of what’s to come. Pretty much all of your most crucial survivors are accounted for in the photos. These include the unkillable Daryl, (Norman Reedus), the former big bad villain Negan (Jeffrey Dean Morgan), the tough-as-nails Carol (Melissa McBride), the blind but wide Father Gabriel (Seth Gilliam), and the resourceful Aaron (Ross Marquand),  our personal favorite, Michonne (Danai Gurira), whose exit from the series this season has been recently confirmed.

AMC has also revealed that Juan Javier Cardenas will be playing Dante, a new character set to be a big part of this season.

We’ve embedded the photos below, along with a synopsis for season 10:

The Walking Dead is a story that started 10 years ago with one man trying to find his family. That family grew and gradually communities took shape. They fought and survived, thrived and gave birth to a new generation. It is a tale of humankind and there are more stories to tell.

It is now Spring, a few months after the end of Season 9, when our group of survivors dared to cross into Whisperer territory during the harsh winter. The collected communities are still dealing with the after effects of Alpha’s horrific display of power, reluctantly respecting the new borderlines being imposed on them, all while organizing themselves into a militia-style fighting force, preparing for a battle that may be unavoidable.

But the Whisperers are a threat unlike any they have ever faced. Backed by a massive horde of the dead it is seemingly a fight they cannot win. The question of what to do and the fear it breeds will infect the communities and give rise to paranoia, propaganda, secret agendas, and infighting that will test them as individuals and as a society.

The very idea of whether civilization can survive in a world filled with the dead hangs in the balance.