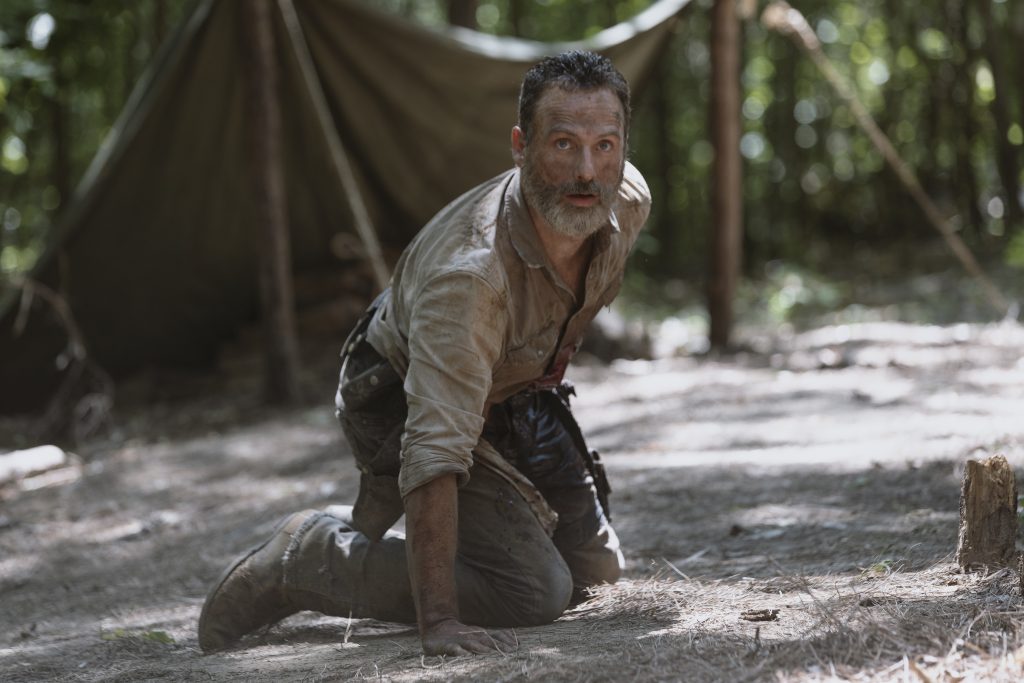 Where Does Rick’s Departure from The Walking Dead Leave Things?

Wow. The Walking Dead. Just, wow. The show has been entertaining, exciting, even surprising, but I will honestly say I have not been this shocked since Shane’s death. Yes, this is the biggest twist to me since that season 2 episode. There have been some really emotional deaths and some blows to the psyche (Eugene was never working on a cure at all!), but this was a real curve ball.

If you are not caught up on last night’s episode of The Walking Dead, stop now!!! SPOILERS ahead. You do not want this ruined for you.

Last night was Andrew Lincoln’s well-publicized departure from the series, and it was long speculated how he would go out. Would Rick be bitten? Murdered? Dysentery? I vaguely flirted with the idea that he might get out of the show alive, but never truly believed it. However, it seems that he has. In a nutshell, Rick was injured, rescued, and taken away to parts of the world unknown for a movie series. Godspeed.

Rick’s survival was actually a surprisingly well-kept secret. Leaving had implied that Lincoln was moving on to other projects, but he will actually be staying in the Walking Dead universe and launching films. Now, the remaining members of the team will have to face the world without their original leader, and it’s a shifting landscape. Of course, Michonne (Danai Gurira), Carol (Melissa McBride), and Daryl (Norman Reedus) have a handle on things, but they will face a new challenge. The Walkers are evolving in a trailer for upcoming episodes.

At least, it seems that way. One of the Walkers speaks in the trailer, which definitely doesn’t seem like a good thing. There is an alternate explanation from the comics, however. This strange herd could be The Whisperers, a group of humans who put on zombie skin and act like the living dead. It is a trick Michonne taught Rick’s crew as a survival tactic, but it’s a huge commitment and not very appealing. It was something of a gross-out episode in a gross-out show. However, these people are more like a cult and seem to think it’s a rewarding way of life. They themselves could actually even think of themselves as evolved beings when really, they’re people in rotting, diseased human flesh suits. This could definitely be the most interesting season in a long time.