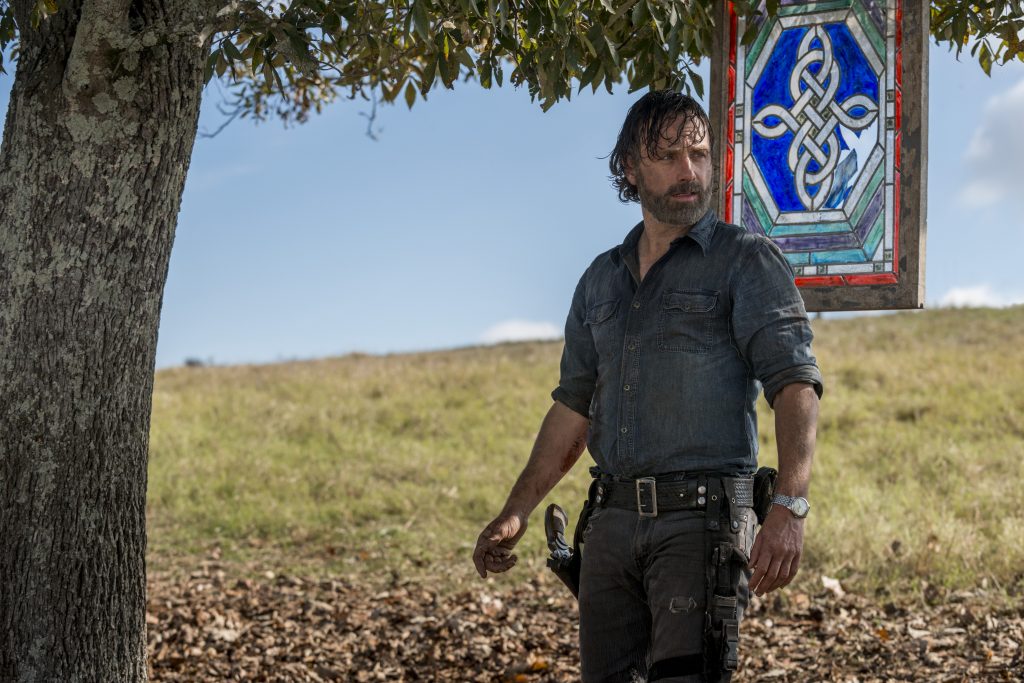 A Major Shift is Coming to The Walking Dead Next Season

There have been a lot of shocking goodbyes on The Walking Dead: Beth getting shot, Negan’s brutal slaying of Glenn and Abraham, the bite that took down Carl. However, the most surprising death might be one we haven’t seen yet. Deadline reports that series star Andrew Lincoln plans to depart the show after season 9.

Rick Grimes has led the crew through all the brutalities that come with a zombie apocalypse, but there have been few survivors along the way. Rick has been one of the few season 1 characters to make it this far. Lincoln is expected to depart the show before the end of the next season, meaning we would see what a post-Rick world would look like. Fan favorite Daryl Dixon, Norman Reedus, would likely step into the leadership role. The crossbow slinging survivor also stands among the elite rank of season 1 characters that are still standing.

It is no guarantee that Lincoln’s departure spells death for Rick. However, Morgan is the only main character to escape the show alive. Actor Lennie James transitioned from The Walking Dead to Fear the Walking Dead in season 7 of the original show.

Rick has been such an anchor of the show that it would be difficult to believe we won’t witness a heroic death. Rick has now lost wife Lori and son Carl. He’s also said goodbye to more than his share of other friends and loved ones throughout the series. Rick fought the good fight and deserves a noble departure.

Maggie, who also represents one of the original gang, may not survive season 9 either. Lauren Cohan signed onto new series Whiskey Cavalier on ABC. Cohan is expected to appear in only six of next season’s episodes.

With Rick and Maggie on the way out, hardly anyone that began this journey will still be with us. Their loss will continue to greatly diverge from the plot in the comics, but that might be what keeps it fresh. There’s no cheat sheet to the Walking Dead deaths now. Literally no one is safe.