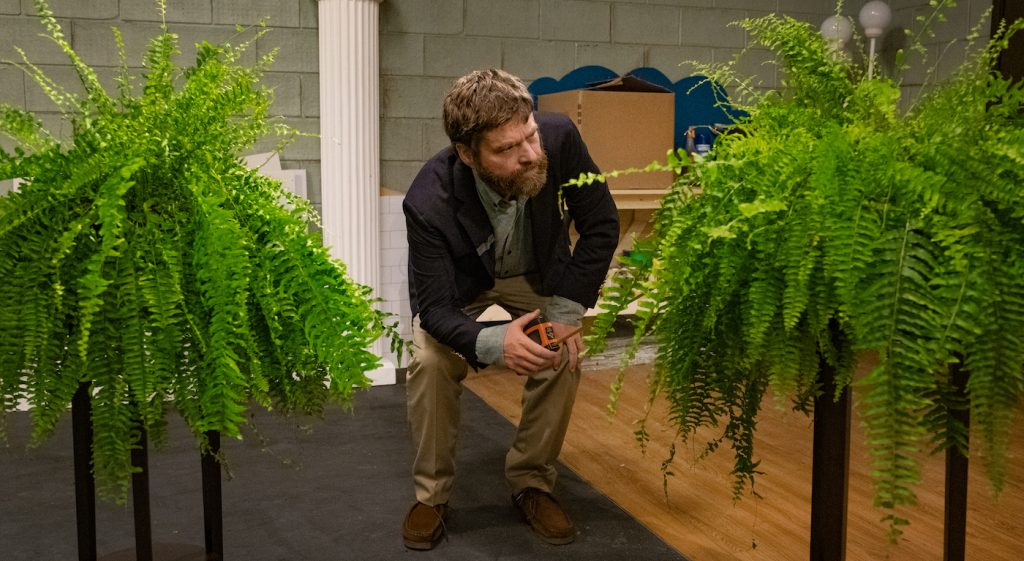 Matthew McConaughey Pays the Price in First Between Two Ferns: The Movie Trailer

You never know what’s going to happen when you find yourself sitting across from Zack Galifianakis and betwixt two ferns. Behold, the first trailer for Between Two Ferns: The Movie, which takes Galifianakis’s beloved Funny or Die web sketch and gives it the feature film adaptation we’ve been waiting for. There is nobody better at playing painfully awkward and emotionally volatile like Galifiaiankis, and his celebrity interviews gone horribly wrong has been one of Funny or Die‘s most consistently funny bits over the years.

The first trailer gives us a glimpse at the film’s storyline, which builds a plot around his bumbling celebrity interlocutor. The basic premise is that Galifianakis has to hit the road and nab ten really big interviews or his career is finished. Thus we’ve got a grand excuse for him to get himself in front of as many celebrities as he possibly can, butchering names, casually insulting them, and putting his foot in his mouth over and over (and over) again. Those stars include Jon Hamm, Brie Larson, David Letterman, Benedict Cumberbatch, Tiffany Haddish, Keanu Reeves, Paul Rudd, Peter Dinklage, and more. One major celebrity doesn’t even make it out of their interview alive.

Zach Galifianakis dreamed of becoming a star. But when Will Ferrell discovered his public access TV show “Between Two Ferns” and uploaded it to Funny Or Die, Zach became a viral laughing stock. Now Zach and his crew are taking a road trip to complete a series of high-profile celebrity interviews and restore his reputation. Directed by Scott Aukerman, and produced by Funny Or Die’s Mike Farah and Caitlin Daley, and Aukerman and Galifianakis, BETWEEN TWO FERNS: THE MOVIE is a laugh-out-loud comedy that gives new insight into the curmudgeonly, beloved outsider Zach Galifianakis has created over the years.

Between Two Ferns: The Movie will be coming to Netflix on September 20, 2019.