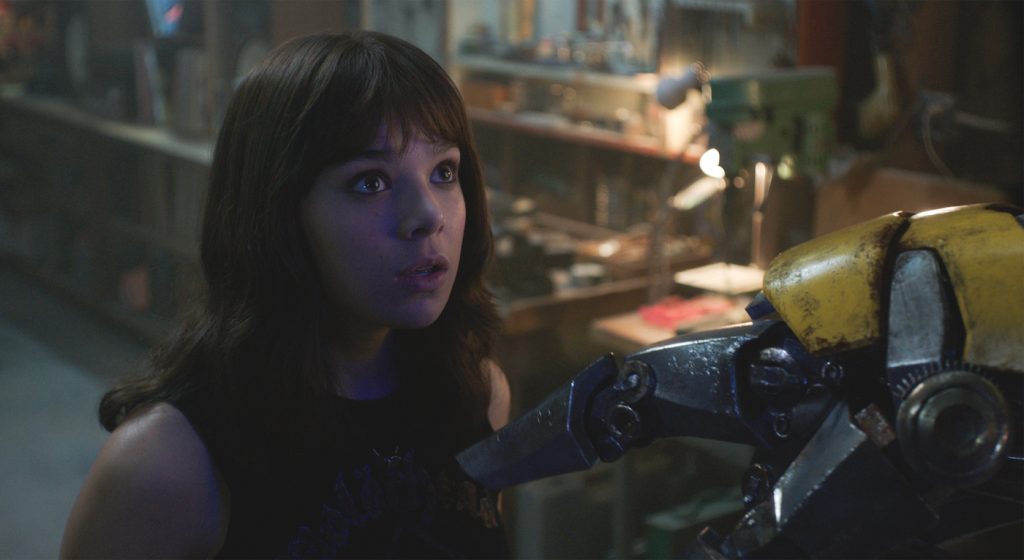 You’d be hard-pressed to find a better person to play Hawkeye‘s protege, Kate Bishop, than Oscar-nominated actress Hailee Steinfeld. Variety reports the immensely talented Steinfeld is in talks to join Jeremy Renner in Marvel Studios upcoming Disney+ series. Bishop is the young woman who, in the comics, becomes the new Hawkeye after Clint Barton passes on the mantle to her. Bishop’s Hawkeye ultimately becomes part of the Young Avengers, a new group of superheroes a little less grizzled then their predecessors.

Hawkeye is going to be the Clint-and-Kate show, so it’s imperative they cast the right Kate. Steinfeld seems like the perfect choice, a performer with wit and moxy to spare. Consider she was only 13-years old when she co-starred alongside Jeff Bridges in the Coen Brothers’ True Grit (2010) and not only held the screen with him but was the film’s standout performer. There’s a very good likelihood that Kate Bishop will make the leap from the small screen to the Marvel Cinematic Universe, considering Marvel’s Disney+ series have been designed to fully connect to the studio’s growing film universe.

While we wait for confirmation on this, Marvel’s full-steam ahead with their Disney+ series. Loki features Tom Hiddleston in a six-episode series that’ll track what happened to the Trickster God after he disappeared in Avengers: Endgame. The sublimely odd WandaVision stars Elizabeth Olsen and Paul Bettany-fronted WandaVision and will be a crucial prequel to Doctor Strange in the Multiverse of Madness. Anthony Mackie and Sebastian Stan are starring in The Falcon and the Winter Soldier. Steinfeld would be a great addition to this already formidable slate of stars and projects.

For more on upcoming Disney+ series, check out WandaVision‘s bonkers poster, the first trailer for The Mandalorian, and how The Mandalorian will explore the rise of the First Order.