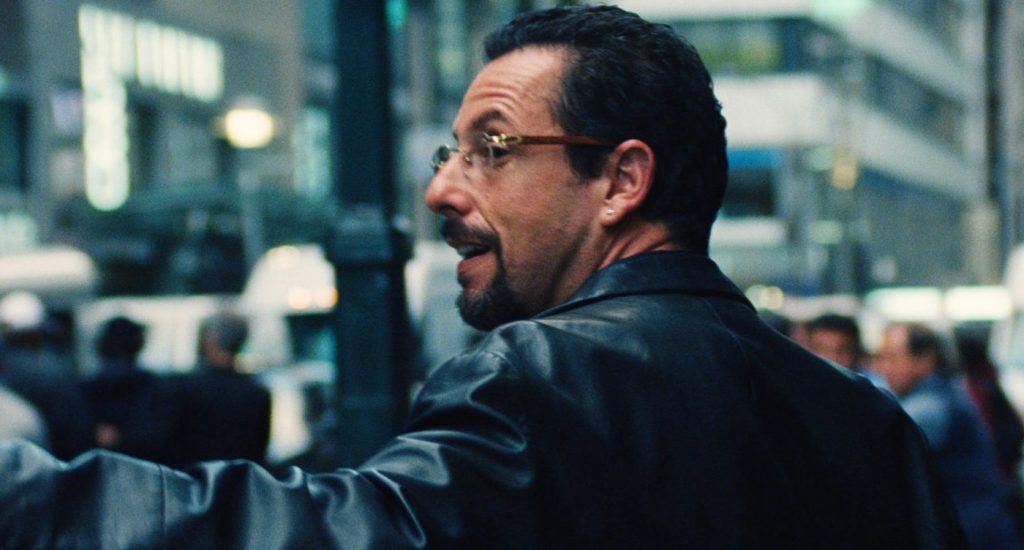 We’ve been waiting for this trailer. A24 has released the first full look at the Safdie Brothers’ Uncut Gems, which stars Adam Sandler as New York jeweler Howard Ratner who is comfortable—perhaps too comfortable—with risk. Howard makes a series of major bets that he thinks will lead to him making a major windfall. This being a Safdie Brothers’ film, however, means that Howard’s in for a very rude awakening.

The Safdie Brothers’ are some of the best in the business at ratcheting up the tension to a nearly unbearable degree. Their last movie, Good Times, starred Robert Pattinson as Connie Nikas, a bleach haired young tweaker whose insane journey to free his younger brother from jail felt like having a sustained panic attack. The Safdies are once again working with that mini-powerhouse studio A24, which knows a thing or two about original storytelling. Uncut Gems wowed the crowds at the Telluride and Toronto Film Festivals. “Uncut Gems emerges as real gem itself, a sparkling comedy-drama about a compulsive gambler and risk-taker who never knows when to quit,” said The Hollywood Reporter‘s Todd McCarthy

Sandler looks terrific in the trailer, and he’s been winning a ton of praise from critics who caught the film at one of the fests: “A performance as live-wire exciting as the one the Safdies got out of Robert Pattinson in Good Time,” The AV Club‘s AA Dowd wrote.

From acclaimed filmmakers Josh and Benny Safdie comes an electrifying crime thriller about Howard Ratner (Adam Sandler), a charismatic New York City jeweler always on the lookout for the next big score. When he makes a series of high-stakes bets that could lead to the windfall of a lifetime, Howard must perform a precarious high-wire act, balancing business, family, and encroaching adversaries on all sides, in his relentless pursuit of the ultimate win.