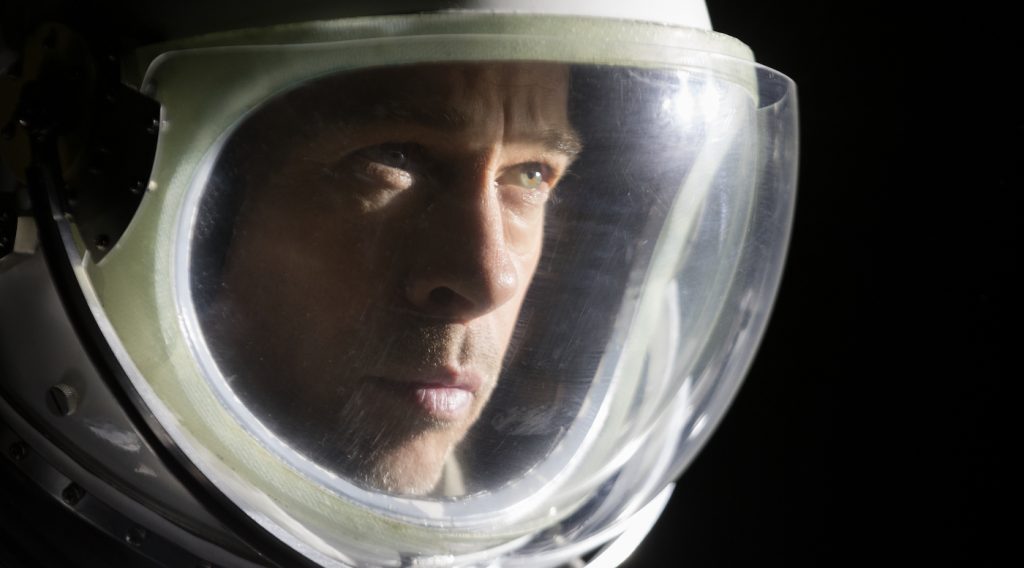 Co-writer and director James Gray teamed up with Brad Pitt for their sci-fi epic Ad Astra. The film bowed at the Venice Film Festival this past weekend and thus far, the reactions and reviews are more or less raves. Gray and Pitt’s pairing is like Todd Phillips and Joaquin Phoenix’s teaming up for Joker in one way and one way only; they took a beloved genre (in Gray and Pitt’s case, sci-fi) and made it entirely their own. Okay, the two films and their creators also share the fact that they brought their movies to Venice to signal they believe they’ve got the Oscar goods. It seems that both Ad Astra and Joker are now firmly in Oscar talk-territory.

Actually, Ad Astra and Joker share another commonality; both hail from original scripts. Ad Astra was written by Gray and co-writer Ethan Gross and follows Pitt’s Major Roy McBride, an astronaut tasked with voyaging to the outer edges of the solar system to track down his missing father Clifford McBride (Tommy Lee Jones), who may or may not have uncovered a mystery that threatens life in the universe. We’ve rounded up the early reactions, spoiler-free, to give you a sense of why you want to put this film on your must-see list:

Review: Brad Pitt can handle outer space but not his own feelings in the gorgeous ‘Ad Astra’ https://t.co/I1J4pTCBxq

Well worth the wait. Ad Astra is glorious. An awe-inspiring, magnificent journey through space. As a big time space geek, it ticks every last box. Sensational.

#AdAstra is a journey to discover the unexplored space, to discover our solitude. James Gray paints the space as a different dimension: immense, terrifying, and resolutive of our pains. Max Richter turns space into sounds and emotions. Amazing. #Venezia76

#AdAstra was everything I hoped for and more. It’s melancholic, intense and BEAUTIFUL. I can definitely see this being divisive but I’m all here for James Gray’s slow-burning, sombre sci-fi epic. Think Apocalypse Now but set in space. Full review will be up tonight. pic.twitter.com/xTOVZJpEf4

Do not miss this epic story on the biggest screen possible – September 20 #AdAstra pic.twitter.com/71UyueqGa2

#AdAstra – loved it. Grey’s gorgeous tribute to brilliant sci fi past and present (and Apocalypse Now/Heart of Darkness of course), and an “are we alone” story focusing so well on the ‘alone’, in many thanks to Pitt. #Venezia76 (1/2) pic.twitter.com/8PKR5TQSZ5

First he gets career-best reviews for “Once Upon a Time in Hollywood,” and now his work in #AdAstra is getting raves.

2019 is the year of Brad Pitt baby and I’m thrilled: https://t.co/3xjRSc7zsr pic.twitter.com/Z18TYRzkaQ