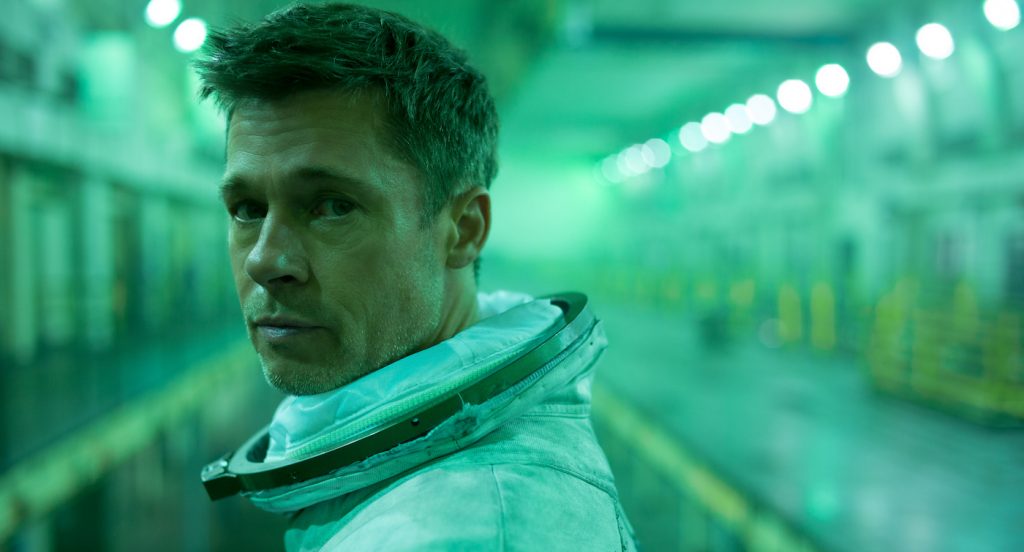 Mysterious abound in director James Gray‘s sci-fi epic Ad Astra, which stars Brad Pitt as an astronaut whose mission might reconnect him with his father, long thought dead, deep in outer space. There are plenty of reasons to be intrigued by Ad Astra. James Gray makes very, very good films. His Two Lovers (2008), The Immigrant (2013) and The Lost City of Z (2016) were all wildly different, yet are bound by a meticulous approach to story and craft. Ad Astra, based on an original script by Gray and Ethan Gross, follows Pitt’s Major Roy McBride, an astronaut tasked with voyaging to the outer edges of the solar system to track down his missing father, who may or may not have uncovered a mystery that threatens life in the universe. Pitt is coming off one of his career-best performances in Quentin Tarantino’s Once Upon a Time in…Hollywood, and remains one of the most compelling stars of his generation. Now, a new TV spot has writer/director Gray and his star talking about their collaboration.

“Roy thinks the answer to life’s riddles are in space,” Gray says. “And he comes to learn that the beauty of life is the human connection.”

“It’s a very human story about self and discovery of self,” Pitt adds. “What is vulnerability? What is strength? Where does strength really come from?”

What we’ve seen from the trailers thus far has been very compelling. Ad Astra also stars Tommy Lee Jones, Ruth Negga, Liv Tyler and Donald Sutherland. The film will have its worldwide premiere in Venice at the 76th Venice International Film Festival, on August 29th, playing in competition for the Golden Lion. Then it’ll move stateside into U.S. theaters on September 20th.