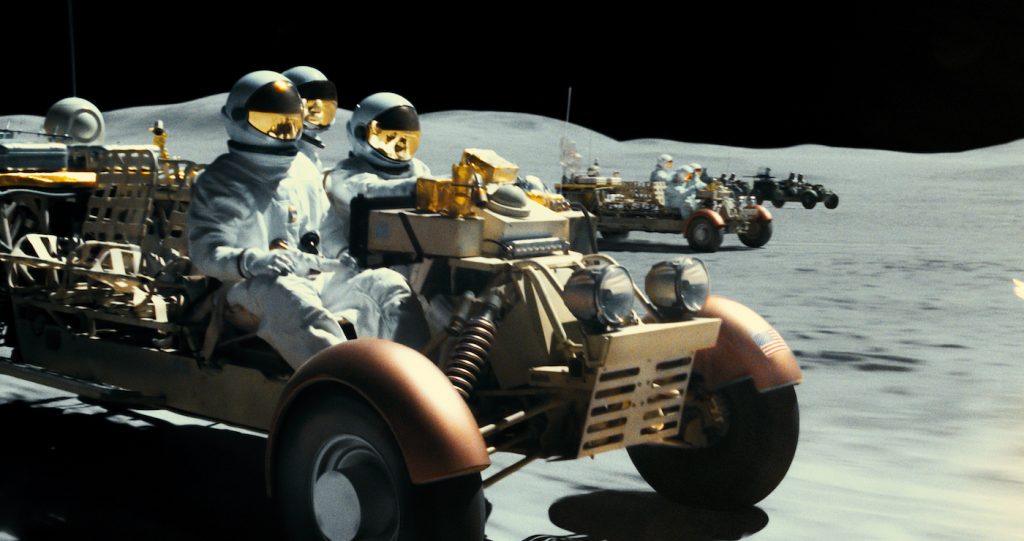 If you’re not excited for James Gray’s sci-fi epic Ad Astra starring Brad Pitt, we suggest you board this particular shuttle. A new trailer for the film gives you plenty of reasons to be pumped up and suggests that you should probably see it in IMAX if you can. Gray, Pitt and the rest of the cast and crew have gone all-in on their space epic. It comes from an original script by Gray and writer Ethan Gross and follows Pitt’s Major Roy McBride, an astronaut tasked with voyaging to the outer edges of the solar system to track down his missing father Clifford McBride (Tommy Lee Jones), who may or may not have uncovered a mystery that threatens life in the universe.

Gray is an excellent filmmaker, known for taking his time on his projects, and each is a vast departure from the last. From Two Lovers (2008) to The Immigrant (2013) to The Lost City of Z (2016), Gray’s films are always interesting, often challenging, and meticulously shot. The fact that Ad Astra is an original script is intriguing; it means we have no idea where this story can go, which is precisely what you want going into a sci-fi epic like this.

The new trailer is a beautiful thing to behold, and it speaks to Gray’s desire to create “the most realistic depiction that’s been put in a movie,” as he told Collider. It mixes the technical specificity of Alfonso Cuarón’s Gravity with the high stakes, far out sci-fi heart of Christopher Nolan’s Interstellar.

In a recent behind-the-scenes featurette, Gray had this to say about Pitt’s character: “Roy thinks the answer to life’s riddles are in space. And he comes to learn that the beauty of life is the human connection.”

“It’s a very human story about self and discovery of self,” Pitt added. “What is vulnerability? What is strength? Where does strength really come from?”

Ad Astra is getting its worldwide premiere at the Venice Film Festival on August 29th, before bowing in the U.S. on September 20. Joining Pit and Jones are Ruth Negga, Liv Tyler and Donald Sutherland. Then it’ll move stateside into U.S. theaters on September 20th.