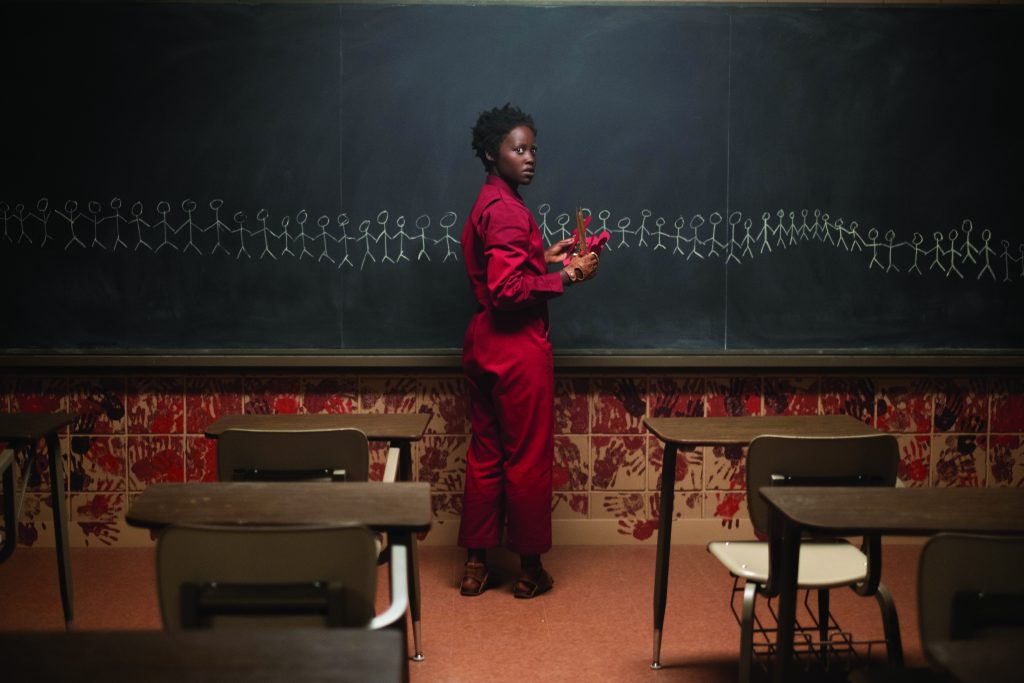 Voice Over Artist Roy Samuelson on Bringing Films like Us & Spider-Man: Far From Home to the Blind

Voice over artist Roy Samuelson has been heard by millions of blind and low vision audiences in some of this year’s biggest films. Samuelson’s job is to narrate a special audio track in which he voices the visuals that are relevant to the plot. There are currently 26 million adults in America who are blind or low vision, so the work folks like Samuelson is doing is crucial. Streaming services like Netflix, Amazon Prime, and Hulu currently include audio description, and Apple and the upcoming Disney+ will likely include it, too.

“It’s almost like a sports announcer on the radio giving the play by play,” Samuelson says. “We provide the essential elements of what’s happening on a screen.”

Samuelson’s work requires a form of visual analysis on the part of the folks who write the audio scripts. They need to figure out what visual elements are necessary for Samuelson to describe to the audience, and, just as crucially, what parts to leave out.

“It’s usually in between lines of dialogue when I’m doing most of my narrating,” he says. “Little inserts of what’s happening on screen. The way people move, when they’re saying one thing but doing something different, or if there’s a visual joke I need to explain. I’m usually just adding brush strokes because there’s not a lot of time to give specifics of everything. The scriptwriters are incredibly crafty. They’re able to take the filmmakers intentions and create an entirely new script.”

Samuelson says that his goal is to describe what’s essential and then get out of the way.

“The spotlight is on the story,” he says. “I try to go along with the tone, with a touch of emotion. I don’t want audience members taken out of a scene when they hear my voice. There’s a way to do it where it isn’t jarring. The narration takes the audience member on the ride. If it’s a sad scene and someone’s dying, I’m not going to read it like it’s just words.”

Here’s an example of how this works, taken from Quentin Tarantino’s iconic Pulp Fiction. The first is simply the audio of the scene when Samuel L. Jackson’s Jules and John Travolta’s Vince pay a visit to some bumbling would-be two-timers. The second includes Samuelson’s narration:

Samuelson has worked on some of the year’s biggest films. For Jodan Peele‘s sensational Us, he was blown away by the writer/director’s visual brilliance, and he wanted to make sure his listeners would be able to live inside Peele’s meticulously crafted world.

“Us feels like a radio play,” Samuelson says. “I’d worked on Get Out, so I already knew Peele’s got a lot of humor, a lot of surprises, and he’s unique. Going through the script, there are definitely moments where the ride changes from something incredibly creepy and spooky to action, and then again to levity and humor,” he says. “Being able to track that, without screaming into the mic during a jump scare, is important. There’s a way to do it to allow the audience to experience the scares without going overboard. There’s an audio cue, and we find the best fit for that particular scene.”

How Samuelson actually does his work sounds like a masterclass in multitasking. He’s watching the film, listening to it on a headset, and reading the script while he’s performing his narration. It’s a bit of a hire wire act, especially for a film as visually rich and action-packed as Us. Take the scene in which the Wilson family’s vacation home is broken into by their creepy doppelgangers. Not the easiest thing in the world to narrate.

“What happens for the audience is they’re hearing things timed out to what’s happening on screen,” he says. “So [Shahadi Wright Joseph]’s character kicks someone in the face, runs to the end of the room and locks the door. You’d hear the impact of the foot to the face, hear her footsteps, then the lock of the door. The script itself has audio cues, timing cues, and visual cues.”

Samuelson has done enough narration to get into a kind of zone where he’s not overwhelmed by everything that’s going on. This was especially true for Us, considering the moment the doppelganger family arrives there’s essentially nonstop action for more or less the remainder of the film’s runtime.

“I’m not necessarily consciously thinking of what’s happening. I’m reading the words and feeling the film’s flow, at the same time watching the timing cues,” he says.  “So if the script says that at 4:30:15, I say this sentence, I have to do it briskly because I’ve only got three seconds before a line of dialogue. I do try to time it out to make it as easy as possible for the editor. If I’m chasing the action, I try to be consistently one second behind, or, if I can, I do my best to stay right on track. The excitement isn’t just the technical reading and writing, but also knowing that blind and low vision audiences are able to experience this film the way the sighted person would watch it.”

[Listen to Samuelson narrate a scene from Us here.]

For Spider-Man: Far From Home, Samuelson found that the action was so heavy and nonstop, he wasn’t able to look at the film while he was narrating parts of it.

“There were some points where I only had time to read the script and see what was happening with the next cue,” he says. “Everything that I needed was in the script. It was literally a page-turner.”

One of the most important aspects of Samuelson’s job is allowing blind and low vision audiences to experience the same jolts and joyous “ah-ha!” moments as everyone else.

“When we do get granular, it can often be something that gets reincorporated later on the story, something a sighted audience member would casually notice and then remembers it when it comes back to pay off,” he says. “The blind and low vision audiences get to have that same experience. I’ll drop a little nugget of something that seems kind of random, and in most cases, it’ll pay off. There’s something incredibly satisfying about that. It feels like I’m part of the film, and literally, I am for blind and low-vision audiences.”

To learn more about Roy’s work, check out his website here.