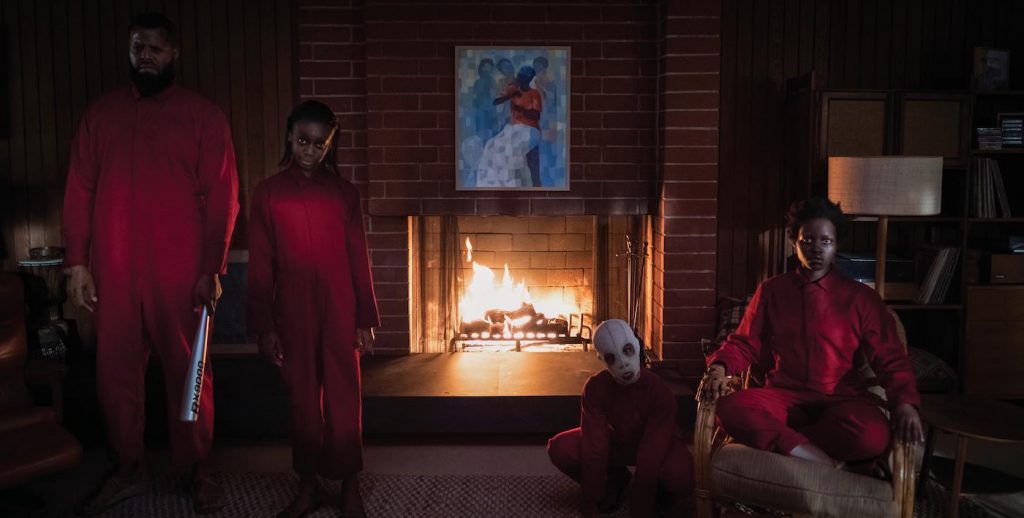 Jordan Peele Hints Us is as Cerebral as it is Terrifying

Starting tonight, it is Us vs. them. Jordan Peele’s daring doppelgänger thriller premieres tonight and it is truly unbelievable. Being hailed as a masterpiece, Peele’s second film is unforgettable and will chill you to the bone.

Collider interviewed the filmmaker about his latest horror creation and we kept our ears open for clues about the film. Here are a few moments that got our minds ticking.

What’s this about a “rabbit hole”? Interviewer Vinnie Mancuso used the term – apparently on accident – and it clearly meant something to Peele. Are the Wilson family in some sort of Through the Looking Glass predicament? Just what does the phrase reveal about the characters’ plight?

“I tried to get to the bottom of why doppelgängers are fairly universal,” Peele explained. “Just about every mythology has a version of the doppelgänger tale. There tends to be a harrowing menace attached to the mythology as well.”

Peele mentioned the term “mythology” in the past. He mentioned that the imposters are actually monsters in a discussion with Entertainment Weekly in December.

“That was the goal from early on. I wanted to make a monster movie,” Peele revealed. “When you see a charismatic and well-designed monster, it is magnetic. In the tradition of monster stories, I think empathy lies underneath it.”

Of course, Peele’s calling card is his mastery of symbolism. Mancuso pressed Peele about the Easter Eggs in the film, of which there are many. None of it is by accident, of course.

“I focus a lot of attention on these little fun moments,” Peele admitted. “But also, my art team, Ruth De Jong and her team, have very clear orders to fill it up with Easter Eggs and make connections.”

We can guarantee that the first time you see the film, you’ll be covering your eyes too much to catch everything. You’ll have to go back a second, third, and fourth time just to absorb all of the amazing detail Peele has put into the movie.

Us opens in theaters tomorrow.