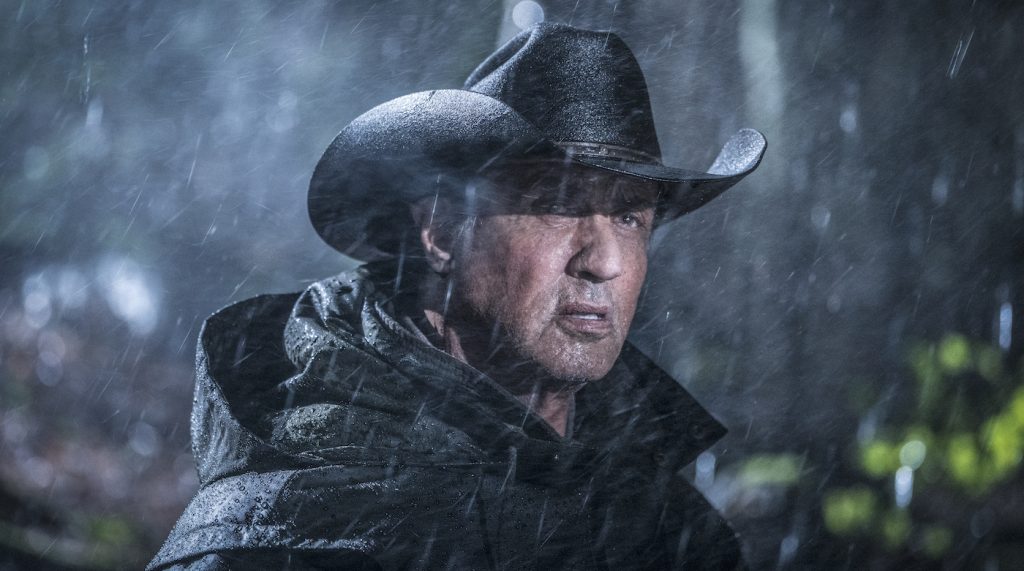 We are slowly but surely nearing Rambo: Last Blood‘s release, which will give us Sly Stallone’s final turn as the tortured, battle-weary John Rambo. In a new image Stallone shared on Instagram, we see Rambo on horseback—covered in blood. Stallone has promised a fresh teaser sometime today. Here’s to hoping his horse makes it through whatever’s to come.

We’ve been following Stallone’s emotionally scarred Vietnam journey for a long, long time. Beginning with 1982’s First Blood all the way through 2008’s Rambo, Last Blood marks the fifth and supposedly final installment of the bloody franchise. Last Blood sees our titular hero back in America after many deadly years overseas. This being Rambo, any idea of a peaceful retirement that includes a lot of porch-sitting and tea-sipping is out the window. The man attracts (and one could argue, looks for) trouble. Last Blood pits the seen-it-all vet against a drug cartel in his desperate effort to save a missing girl.

The last time we checked in on Last Blood, we were sharing the film’s trailer. Stallone directed 2008’s Rambo, which, along with a huge body count, explored the trauma that his years at war did to his psyche and his soul. Last Blood gives Rambo one last reason to fight—his friend’s granddaughter has disappeared in Mexico. This, of course, leads to all sorts of chaos, including the discovery of a sex-trafficking ring, which complicates his mission and makes the bad guys that much more evil.

Almost four decades after he drew first blood, Sylvester Stallone is back as one of the greatest action heroes of all time, John Rambo. Now, Rambo must confront his past and unearth his ruthless combat skills to exact revenge in a final mission. A deadly journey of vengeance, RAMBO: LAST BLOOD marks the last chapter of the legendary series.