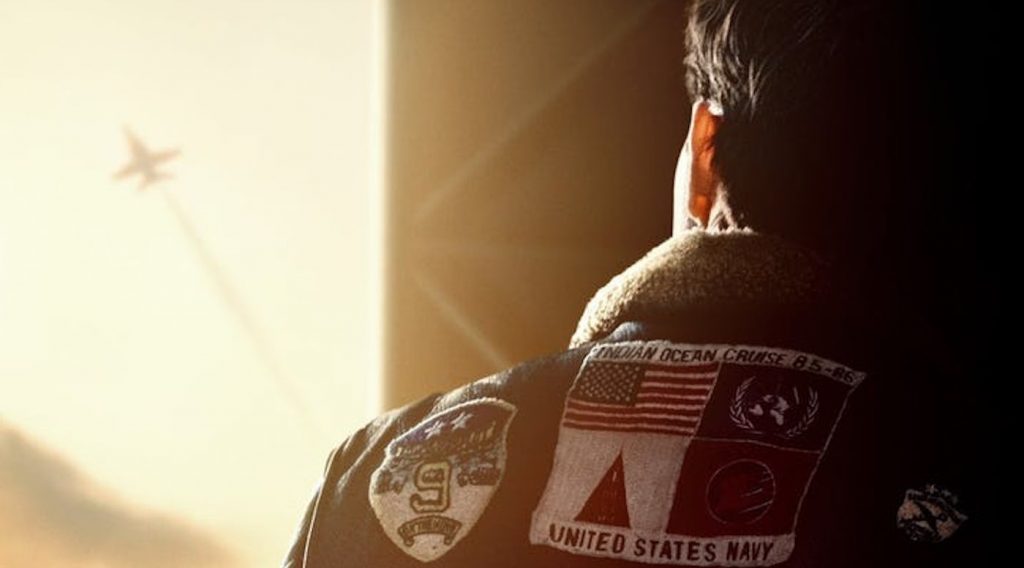 We published a story way back last September about how Top Gun: Maverick would be utilizing some of the Navy’s most technologically advanced fighter jets. We spoke to Naval Air Forces spokesman Commander Ronald Flanders, who told us, “Much like the first film, these are going to be real jets and real U.S. Naval aviators flying in these scenes. We’re excited about it.” Flanders added that the film “captured the most advanced carrier aircraft.” This included aircraft that the Navy is just beginning to put into action. All of which meant that Top Gun: Maverick is essentially filming the future.

Enter Tom Cruise. Specifically, enter Tom Cruise at San Diego’s Comic-Con this afternoon, shocking the crowd during Paramount’s time at Hall H. The people in attendance thought they were there solely for a panel on Tim Miller’s Terminator: Dark Fate. Which was true! Then after the Dark Fate panel and footage, who walks on the stage but Tom Cruise. Cruise was there to unveil the film’s first trailer. Surprise!

Paramount has now released the first trailer for the rest of us, and boy, do these fighter jet scenes look good. Director Joseph Kosinski (Only the Brave) brings Maverick (Cruise, of course) back to the big screen. The film was shot, among other locations, on the USS Abraham Lincoln. Attention to detail to actual Navy detail was the name of the game. This sequel to Tony Scott’s 1980s classic has been a long time coming. Check out the trailer below:

Paramount also revealed the first poster from the film on Twitter:

Check out the official poster for #TopGun: Maverick starring @TomCruise. In theatres 2020. pic.twitter.com/5emkDH9j5f

We’ll have more on this trailer, and the film, as we gather more information. For now, enjoy the trailer and the fact that Maverick’s back.