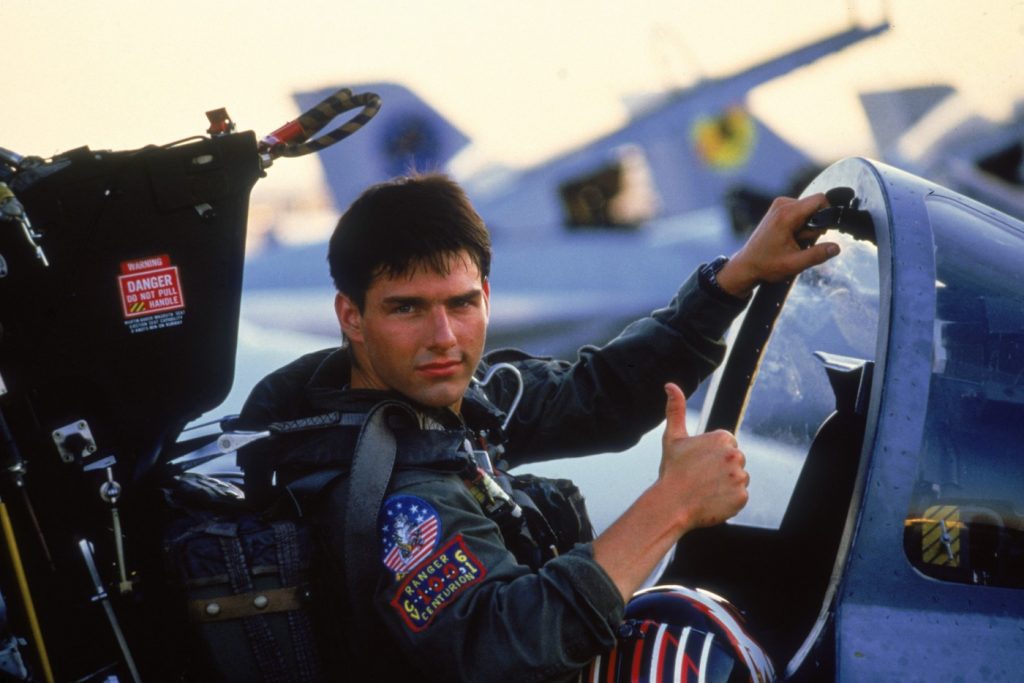 The Navy may be as excited about the upcoming Top Gun remake as the fans.

“Much like the first film, these are going to be real jets and real U.S. Naval aviators flying in these scenes,” Naval Air Forces spokesman Commander Ronald Flanders told The Credits. “We’re excited about it.”

The movie is one of only two films currently supported by the Navy’s Hollywood office —  and the production underwent a lengthy approval process to obtain a production assistance agreement that outlines how the Navy will support the film, according to Flanders. The official agreement was signed recently and the film began now in “full-blown production.”

Filming for the Top Gun: Maverick will be a “months-long process” taking place at “a handful of Naval air installations,” Flanders said.

The movie already filmed at two locations under provisional agreements with the Navy: the USS Abraham Lincoln aircraft carrier and Naval Air Station North Island, in San Diego. Top Gun: Maverick star Tom Cruise has already filmed some scenes and the production has footage of some of the Navy’s latest technology in action.

The film isn’t slated for release until 2020, but the production and the Navy are working cooperatively to make sure the film is both authentic and cutting edge.

“It’s just important for the Navy to ensure that the portrayal of the Navy and of sailors and, in this case, of Naval aviators is accurate and embodies the core values of the organization,” Flanders said. “Also we want to make sure there’s authenticity to the movie. And so those are the sorts of things that we review it for [before signing an agreement].”

Cruise tweeted out a photo of his character, Maverick, in May that teased the start of production and fueled speculation about the type of fighter jet Maverick would be flying in the new film. The photo features what appears to be a Super Hornet, the jet that for the Navy replaced the F-14 Tomcat that Maverick flew in the original 1986 film.

Neither the Navy nor Paramount Pictures are confirming what Maverick will fly in the new movie.

“I don’t know what aircraft is going to appear in this film, but the film captured the most advanced carrier aircraft,” Flanders said. That could include aircraft the Navy is just beginning to put into action, meaning Top Gun: Maverick is essentially filming the future.

For example, the U.S. Naval Academy publication USNI News noted that the Navy’s latest jet, the F35C, which is not yet in full-time service but could eventually replace the Super Hornet, is already operating from the USS Abraham Lincoln where the film shot for several days last month. Top Gun: Maverick is paying attention to detail  —  and that’s something the Navy likes about it.

“Going out to an aircraft carrier at sea is going to add to the authenticity of the movie,” Flanders said. “They were at sea for several days and they captured what we do out there.”

Paramount sent a small crew and no actors to film what the Navy does day-to-day on the aircraft carrier. The production size onboard was limited in part by the size of the ship. But the film might return to shoot additional scenes on a carrier. The production will likely return to the San Diego air base, as well. The flight school the original movie was based on, the U.S. Navy Fighter Weapons School (or TOPGUN), was formerly based at Miramar Naval Air Station in San Diego. It moved to Nevada in 1996.

The Navy supports the film in part because Top Gun: Maverick supports the Navy’s own recruitment and public relations efforts. During the original film’s release, in some cities, the Navy set up recruitment tables outside theaters playing the movie. A Navy spokesperson told the Los Angeles Times at the time that calls to recruitment offices spiked around the movie’s release and about 90 percent of the applicants said they had seen the movie.

“Naval aviation is very excited about this film,” Flanders said of the remake. “The original film was an iconic movie that exposed millions of Americans to the professionalism and lethality of Naval aviation fighter pilots. It helped us in a big big way in the recruiting department. It inspired many of today’s naval aviators to join the service. It boosted the pride in the service. Of course, we support the sequel because we believe it will once again give Americans a front-row seat to observe the aerial mastery of naval aviators and also will demonstrate the core values of honor, courage, and commitment the U.S. Navy demonstrates every day.”

Maverick would likely add one more Navy value: A need for speed.