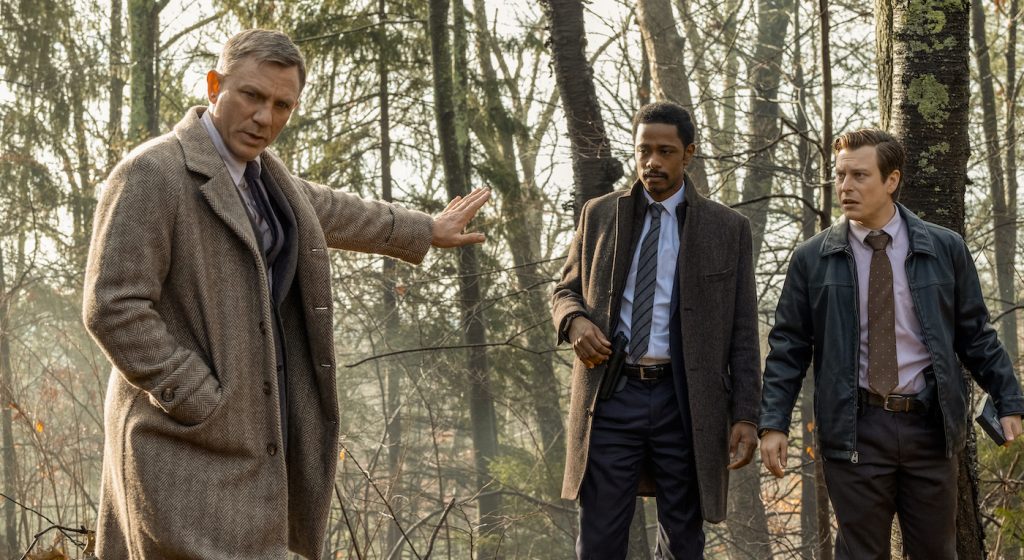 Rian Johnson is an excellent filmmaker. Even the folks who groused about his bold handling of Star Wars: The Last Jedi would have to concede his considerable filmmaking chops. From his mind-blowing debut Brick to his sci-fi thriller Looper right on through the excellent The Last Jedi (yes, excellent), he’s grown into one of the most interesting filmmakers of his generation. This is why we’re so excited about his new murder mystery Knives Out. Johnson is returning—somewhat—to the whodunit realm he nailed so beautifully in his neo-noir Brick. Coming off writing and directing a Star Wars film, it’s no wonder he wanted to make a smaller, tighter film. Yet just because Knives Out isn’t a tentpole epic doesn’t mean Johnson isn’t going for broke. Just look at this sensational cast and get a load of the trailer.

First, the cast—Daniel Craig, Chris Evans, Ana de Armas, Jamie Lee Curtis, Toni Collette, Don Johnson, Michael Shannon, Katherine Langford, Lakeith Stanfield, Jaeden Martell, and Christopher Plummer. That’s an insanely talented group. Now the trailer—it’s refreshingly irreverent and hilarious. This is one of those films that looks like it was a blast to make. If Brick was a riff on a classic noir detective story, then Knives Out feels like a riff on Gosford Park.

Christopher Plummer plays the patriarch and victim in the film, with the rest of his assorted family now officially potential suspects. The investigators are Daniel Craig’s Benoit Blanc, Lakeith Stanfield’s detective Troy Archer, and Noah Seegan’s Trooper Wagner. The rest of the cast makes up the family members, including Chris Evans’ profane and profoundly juvenile Alex Robinson. The trailer immediately makes Knives Out one of our must-see films of the fall.

Check out the Knives Out trailer below. The film slices into theaters on November 17, 2019.