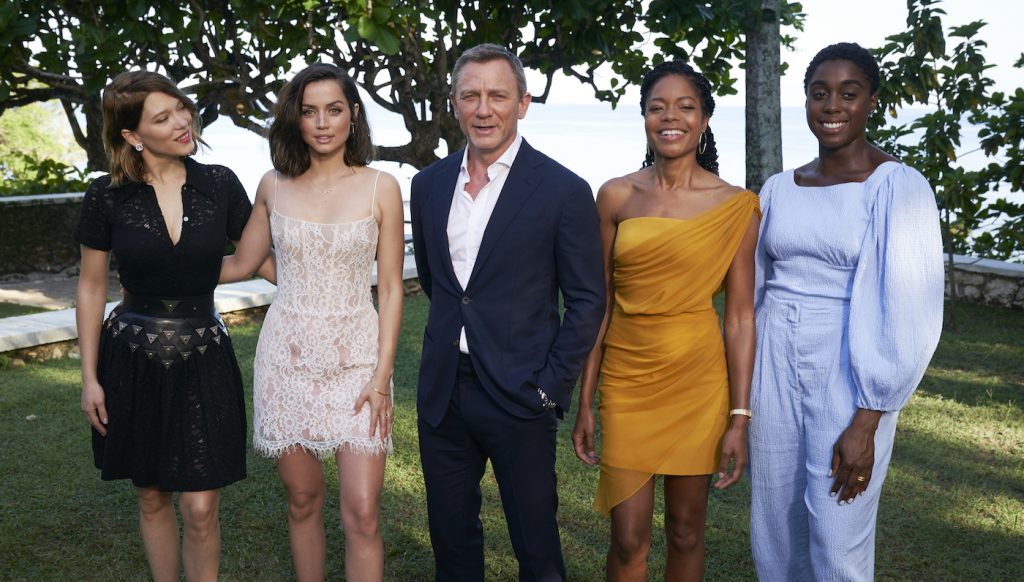 Last week we shared a sizzling behind-the-scenes video from the set of the still untitled Bond 25. Shot on location in Jamaica (the film will, of course, take place in several countries), director Cary Joji Fukunaga seems to be making the most of the various places James Bond (Daniel Craig)’s job will take him. Now we’ve got a new look at Bond in full suave mode, along with a behind-the-scenes shot of Bond driving his vaunted Astin Martin V8 on location in London.

The image and video come from the film’s official Twitter account, which shows that production has moved from the Caribbean to Bond’s home office of London. Craig has always filled out a suit nicely—a must when you’re playing the world’s most dapper spy. The video of Bond behind the wheel isn’t exactly Fast & Furious-level, but you can be sure that Bond will get to go a whole lot faster in his V8 at some point during the film.

Cary Joji Fukunaga is a fantastic director, and there’s a lot of excitement surrounding the 25th installment of this venerable franchise. The cast and crew are excellent—the cinematographer is the great Linus Sandgren, and the script includes the work of both Scott Z. Burns and Phoebe Waller-Bridge. Returning cast members include Ralph Fiennes, Naomie Harris, Rory Kinnear, Léa Seydoux, Ben Whishaw, and Jeffrey Wright. We’ve known for a while that its Wright’s character, CIA agent Felix Leiter, who interrupts Bond’s retirement by showing up in Jamaica and asking for his help. Thus Bond’s Caribbean idyll is ruined, and soon he’s plunged into a dangerous tussle with a new villain.

Check out the new image of a dapper Bond and the Astin Martin video below. Bond 25 hits theaters on April 8, 2020.

007 star Daniel Craig, director Cary Fukunaga and the #Bond25 crew were out in the sunshine today shooting across a number of London locations, including Whitehall, where Daniel filmed a scene with a classic @astonmartin V8, first seen in a Bond film in THE LIVING DAYLIGHTS. pic.twitter.com/rhs13nNeyW

Daniel Craig and the @astonmartin V8 on location for #Bond25 pic.twitter.com/cPgfMSlUYm