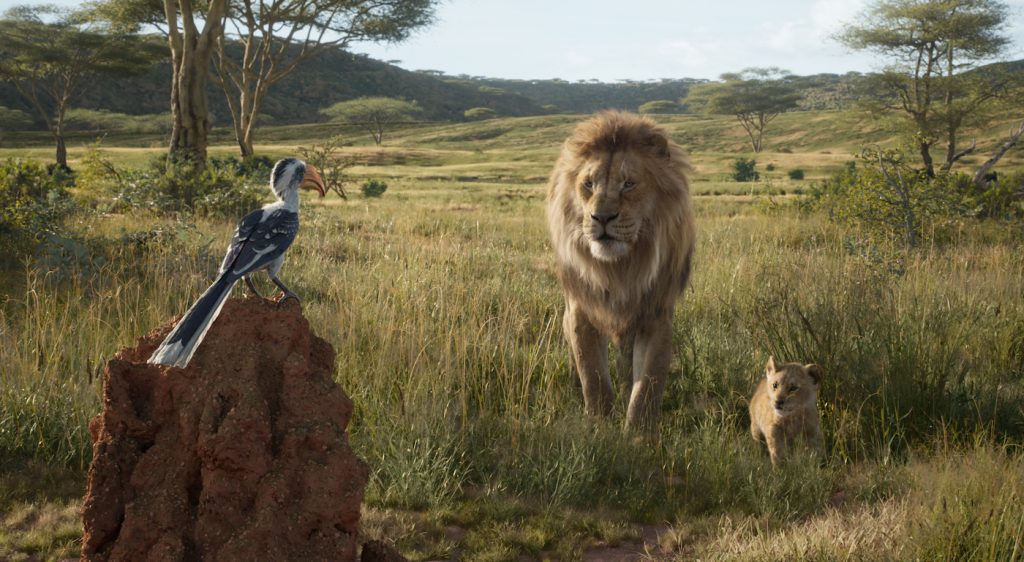 Director Jon Favreau‘s The Lion King held its first screening last night, which means the initial reactions are now stampeding in. This reboot of the beloved 1994 animated classic had a lot to live up to. As he did for his 2016 remake of The Jungle Book, Favreau and his team used cutting edge technology to render, Simba, Mufasa and the rest of the animals of the African Serengeti in photo-realistic detail. The trailers, teasers and still images sure looked sensational, but what about the film itself?

The critics have now spoken—via spoiler-free Tweets (full reviews are still embargoed)—so we’ve got our first sense of how the film lived up to its iconic forebearer. The consensus seems to be that Favreau’s take is an astonishingly gorgeous love letter to the original, with a winning cast (Beyoncé, anyone?), and stand-out turns from Billy Eichner and Seth Rogen as Timon and Pumbaa, respectively.

Let’s take a scroll across Twitter to get those reactions:

#TheLionKing has always been my favorite Disney animated movie and this new rendition is a beautiful reminder why. Happy to welcome back familiar chills, emotions and tears. In awe of the visual wizards behind this one. Timon & Pumbaa are everything. pic.twitter.com/IcWHgjHCuF

#TheLionKing is visually immaculate & a game-changer for visual effects. It’s absolutely stunning in every way. The music shines (Glover & Beyoncé take it to another level), the performances are great (Timon, Pumbaa & Scar steal many scenes) & the emotions run HIGH. Truly great pic.twitter.com/lPH9Oo4ybb

Holy smokes, I really loved THE LION KING. I think (I think) it’s the most beautiful effects movie I’ve seen. Like next level, the game has changed kind of thing. (For the record I’m agnostic on the original movie and have zero nostalgia for it. Anyway, this movie hooked me.)

Nostalgia hits HARD with #TheLionKing. It’s wonderful to see the story again on the big screen presented in a different way. The cast is amazing and to hear James Earl Jones as Mufasa again put a huge smile on my face. Oh yea, that stampede scene still gets me ? pic.twitter.com/99pZaHNdGY

Been lucky to have attended a number of world premieres but not sure I’ve ever heard as much clapping during a movie as I did tonight at #TheLionKing . Was like being at a rock concert. Movie is going to make so much money. pic.twitter.com/rnU4qf92mt

Just saw #TheLionKing and it was absolutely breathtaking! The music, the visuals, the voice acting…whatever your feelings on Disney remakes, this one will blow you away. pic.twitter.com/Dk9MdZnKBe