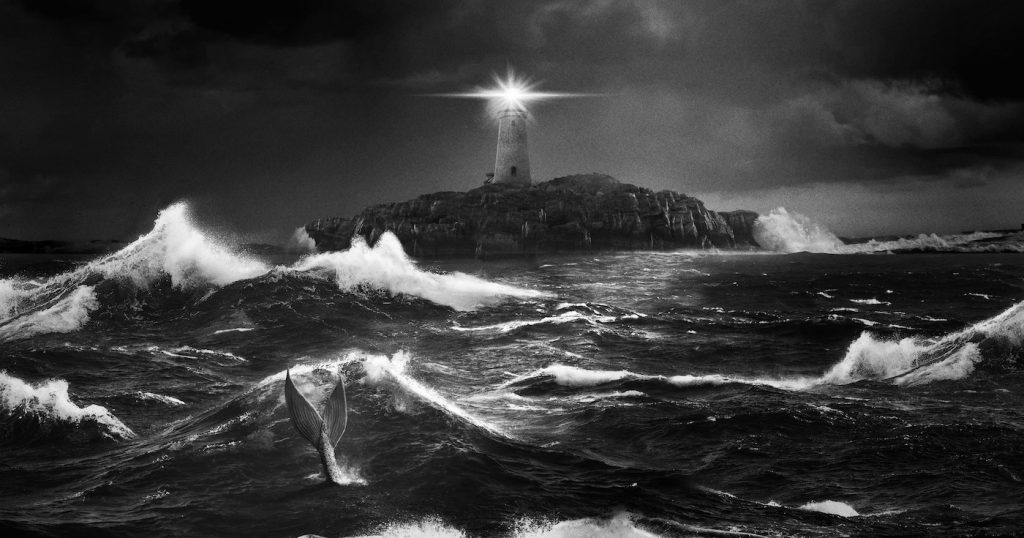 Robert Pattinson and Willem Dafoe are a dream pairing if you ask us. They’ve both got an offbeat intensity that they’ve used to excellent effect in film after film. Dafoe is, at this point, Hollywood royalty. Pattinson long ago shed his Twilight-based heartthrob status to take on one compelling project after another. Before you see Pattinson in Christopher Nolan’s mysterious next film Tenet or take on the role of Batman, check him out alongside Dafoe in The Witch writer/director Robert Eggers ‘s The Lighthouse, which maroons lighthouse keepers Ephraim Winslow (Pattinson) and Thomas Wake (Dafoe) on a mysterious island in New England in the 1890s. Co-writing with his brother Max, Eggers has crafted a black and white gothic freakout, which premiered at this year’s Cannes Film Festival to rave reviews this past May.

“How long have we been on this rock?” Wake asks his bedraggled fellow Lighthouse keeper. “Five weeks? Two days? Help me to recollect.” Coming from the director of the ruthlessly intense The Witch, you can be sure The Lighthouse will take what appears to be a simple premise and deliver something mind-blowing. The reviews coming out of Cannes were all extremely enthusiastic about Eggers sophomore effort. “Very few films can make you scared and excited at the same time,” writes the Guardian‘s Peter Bradshaw. “Just like the lighthouse beam, this is dazzling and dangerous.” “It leaves you dazed, terrified and elated, and it signals Eggers as one of the most exciting directors working today,” Time Out‘s Joseph Walsh writes.

In a post-screening panel at Cannes (h/t Hot Corn‘s Jo-Ann Titmarsh) Eggers revealed the rigor that went into creating his stormy, gothic thriller: “We built every building you see in the film, so we shot on the north tip of Nuova Scotia on this volcanic rock island. We built a 70ft working lighthouse whose light could be seen 16 miles away. It was a very unforgiving place and the wind was relentless. We wouldn’t have had the believability without the elements. We did have wind machines, but mainly it was real.”

The Lighthouse is a must-see this fall. It’ll travel to the Toronto International Film Festival, before bowing on October 18.