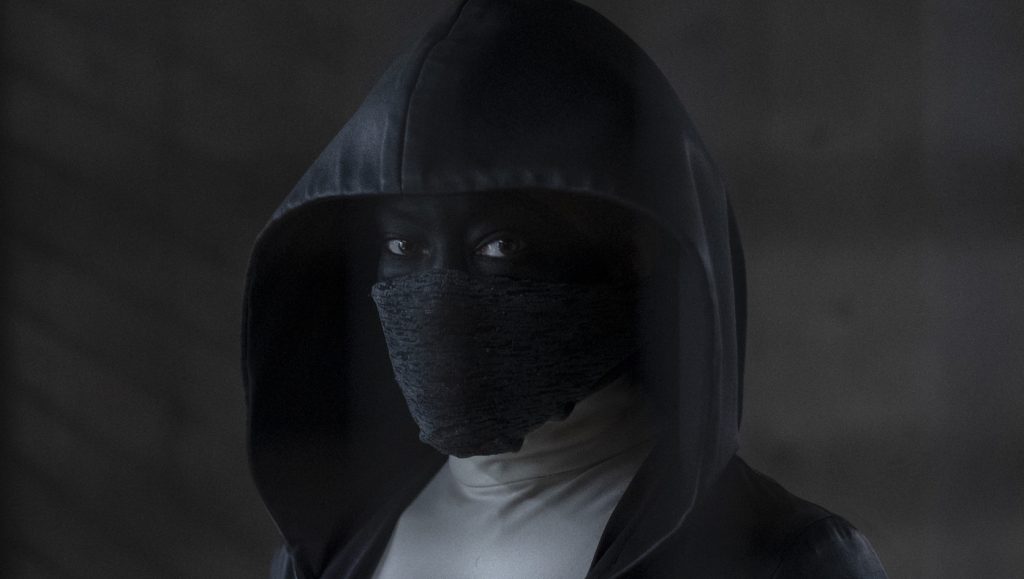 HBO has finally released some images from their upcoming, highly secretive new series Watchmen, all of them focused on Oscar-winner Regina King’s character Angela Abar. King’s character is one of the new faces that series creator Damon Lindelof is introducing in his adaptation of Alan Moore and Dave Gibbons iconic graphic novel. The little we know about Angela Abar is that she’s a Tulsa police officer who, after her family is attacked, dons a mask at night to mete out vigilante justice. King’s a phenomenal actress and is once again reuniting with Lindelof after her work in his truly exceptional series The Leftovers. While The Leftovers was also an adaptation from tricky source material (Tom Perrotta’s novel), it’s fair to say that the degree of difficulty here is a touch higher. Moore and Gibbons “Watchmen” is truly an iconic work, one that’s also notoriously difficult to adapt—Zack Snyder tried a big screen adaptation, with mixed results, in 2009. That’s part of what makes this project so exciting.

We’ve learned only a bit more about Watchmen from the very satisfying teaser and this new trailer, which debuted at Comic-Con. We’re embedding it below for your viewing pleasure:

So what do we know? Watchmen is set in an alternate universe where superheroes are outlawed, Vietnam is a part of the United States, and the characters that survived through the pages of the original work are older and no less bizarre. The trailer reveals that when vigilantes pulled off a coordinated attack on the Tulsa police, the police start donning masks to protect themselves. Original characters from the graphic novel return, like Adrian Veidt (Jeremy Irons), better known as Ozymandias, who was living on Mars at the end of the novel. In fact, by the end of Moore and Gibbons’ story, the masked detective Rorschach had sent his journal to the press, letting them know the full, grisly story of Veidt’s actions. Now it seems an entire legion of Rorschach-like followers, inspired by his masked sleuthing, are carrying on his legacy. The cops are in masks, the outlaws are in masks, and everyone not in a mask is left to wonder who’s good and who’s bad. That’s when Ozymandias returns from Mars, promising us that “nothing ever ends.”

Watchmen debuts this October. The pilot was directed by Nicole Kassell and written by Lindelof. Check out the new images here: