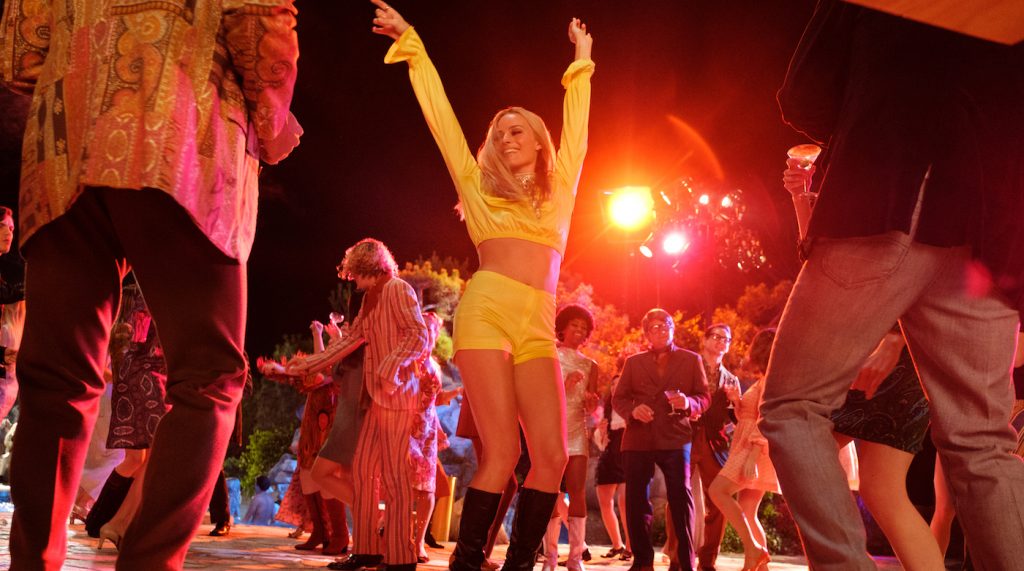 DiCaprio, Pitt, Robbie & Tarantino Talk Once Upon a Time in Hollywood

There has never, not once, been a Quentin Tarantino movie that had anything less than a stellar cast. Even his tightest, most claustrophobic films (The Hateful Eight took place almost entirely in a cabin) have had big, beautiful ensembles. When you think of a Tarantino cast, you often first think of Pulp Fiction, his 1994 game-changer that resurrected John Travolta’s career while also making huge stars of Samuel L. Jackson and Uma Thurman (to say nothing of including Bruce Willis, Ving Rhames, and a blink-and-you’ll-miss-him Steve Buscemi). Every film since—from Jackie Brown to Kill Bill to Inglourious Basterds—has boasted, if you’ll pardon the phrase, killer casts.

For Once Upon a Time in Hollywood, Tarantino’s 9th film, he might have his most star-studded cast ever—which is saying something. Sony has released a 21-minute Q&A that features Tarantino and three of his stars—Margot Robbie, Brad Pitt, and Leonardo DiCaprio—discussing the film.

Folks are enthused about this film, and the above video gives some sense of why. Tarantino is a singular director, and one of the things he’s always excelled at is giving his actors deliciously meaty roles. We’re excited about this film.

For the uninitiated, Once Upon a Time in Hollywood revolves around the fading glory of TV star Rick Dalton (Leonardo DiCaprio), who, along with his longtime stunt double Cliff Booth (Brad Pitt), is trying to stay relevant in a changing Hollywood. It turns out Dalton lives next door to a rising star by the name of Sharon Tate (Margot Robbie). Tate’s career and life were cut short, brutally, horrifically, when she and four others were murdered by Charlie Manson’s followers in the infamous Tate Murders on August 8th, 1969. She was eight months pregnant at the time.