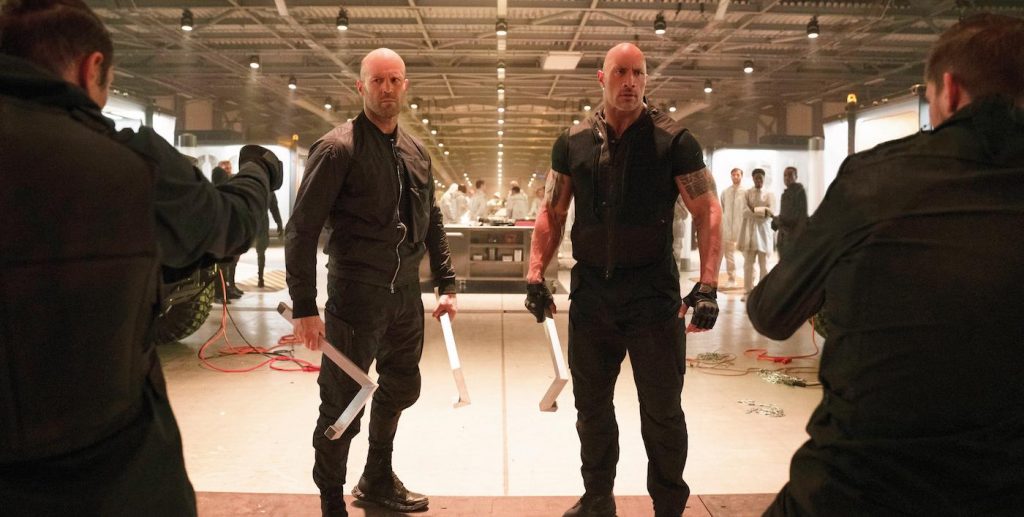 While Vin Diesel recently released a video from the set of Fast & Furious 9, some of his co-stars are ready to unleash the first spinoff from the mega-popular franchise. Those co-stars are, of course, Dwayne Johnson and Jason Statham, two of the most likable characters to be introduced to the Fast & Furious franchise since they burst on the scene in Fast & Furious 7 in 2015. Their new film’s title is a mouthful—Fast & Furious Presents: Hobbs & Shaw—but everything else about the movie will likely go down easy. Universal has delivered the film’s final trailer, and it’s as deliriously action-packed and insane as you’d hope.

So why do you need to see a Fast & Furious spinoff? You start, obviously, with the charisma and chemistry of the film’s stars. Johnson, as the jacked member of America’s Diplomatic Security Service Luke Hobbs, and Statham, as the former British military elite operative Deckard Shaw, have chutzpah and charm to spare. They’re frenemies of the highest order, intermittently beating each other up and saving one another. Hobbs & Shaw sees these two teaming up to face down Black Superman. Okay, that’s just a nickname that Idris Elba’s cyber-genetically enhanced villain Brixton goes by, but it makes sense. He’s no joke, and he’ll be providing the seemingly unbeatable dynamic duo with a seriously tough foe.

The final trailer is a delight. In a summer without a Mission: Impossible film to quench our thirst for insane stunts and epic action, Hobbs & Shaw looks poised to deliver the adrenalin rush we need. Considering it’s directed by action and stunt expert David Leitch (Deadpool 2, Atomic Blonde), you can be sure this is going to be a wild ride.

Dwayne Johnson and Jason Statham reprise their roles as Luke Hobbs and Deckard Shaw in Fast & Furious Presents: Hobbs & Shaw. Ever since hulking lawman Hobbs (Johnson), a loyal agent of America’s Diplomatic Security Service, and lawless outcast Shaw (Statham), a former British military elite operative, first faced off in 2015’s Furious 7, the duo have swapped smack talk and body blows as they’ve tried to take each other down. But when cyber-genetically enhanced anarchist Brixton (Idris Elba) gains control of an insidious bio-threat that could alter humanity forever — and bests a brilliant and fearless rogue MI6 agent (The Crown‘s Vanessa Kirby), who just happens to be Shaw’s sister — these two sworn enemies will have to partner up to bring down the only guy who might be badder than themselves.

Hobbs & Shaw hits theaters on August 2, 2019. Check out the final trailer below: