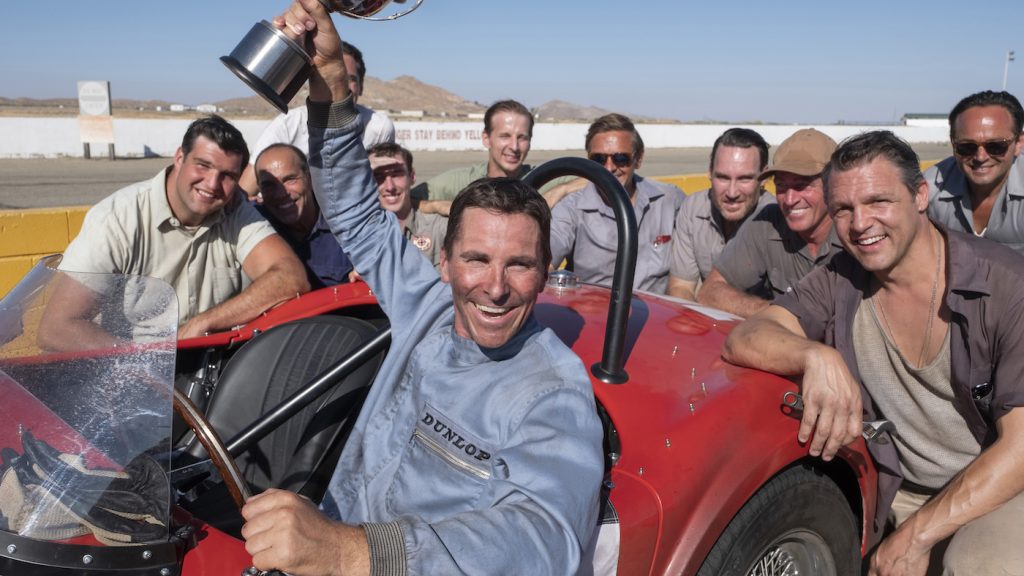 The First Ford v. Ferrari Trailer Will Rev Your Engines

The pieces are all in place for Ford v. Ferrari. You’ve got the excellent director James Mangold (Logan), you’ve got two great leads in Christian Bale and Matt Damon, and you’ve got a story that was meant for the big screen. Ford v. Ferrari, true to its title, is centered on the 24 Hours of Le Mans race in France in 1966. American car designer Carroll Shelby (Damon) has about 90 days to build a racecar for Ford that will beat a Ferrari, an impossibly huge, likely hugely impossible task. Shelby taps fearless (and difficult) British racing legend Ken Miles to get behind the wheel of his new machine and win the race. The rest is history.

Ford v. Ferrari is the result of many years worth of back and forth on will they or won’t they make this film. They finally did, and Disney has positioned it for a fall release to better its Oscar chances. The trailer gives you a sense of why they’re confident—racecars make for riveting material onscreen, but it’s the top tier talent in front and behind the camera that makes Ford v. Ferrari a likely can’t miss.

Academy Award-winners Matt Damon and Christian Bale star in FORD v FERRARI, based on the remarkable true story of the visionary American car designer Carroll Shelby (Damon) and the fearless British-born driver Ken Miles (Bale), who together battled corporate interference, the laws of physics, and their own personal demons to build a revolutionary race car for Ford Motor Company and take on the dominating race cars of Enzo Ferrari at the 24 Hours of Le Mans in France in 1966.