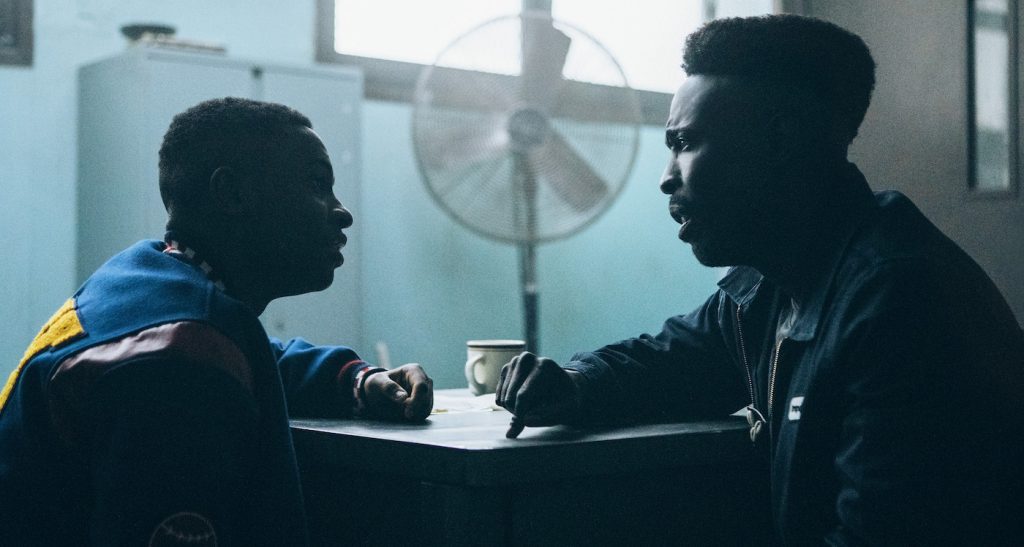 When They See Us, Ava DuVernay’s four-part series on the 25-year aftermath of a 1989 rape and assault that took place in Central Park, was originally going to be titled Central Park Five. That moniker quickly became the shorthand for the five boys from Harlem — four African-American, one Latino — who were wrongly accused and convicted of the attack. Instead of a name reflecting only how these teenagers were viewed by the media and public, however, the final title, like the show itself, demonstrates what can happen when how someone is seen dangerously carries far more weight than who they actually are.

The evening attack on the white jogger, Trisha Meili, and the placement elsewhere of the five kids — Antron McCray, Kevin Richardson, Yusef Salaam, Raymond Santana, and Korey Wise — takes place in the initial 20 or so minutes of the series’ first episode. (As boys the group are played by, respectively, Caleel Harris, Asante Blackk, Ethan Herisse, Marquis Rodriguez, and Jharrel Jerome, who also embodies Wise as an adult.) This isn’t a true-crime procedural. What follows are the boys’ arrests and coercive interrogations, mostly without any guardians present, conducted over the course of 30-plus hours with little to no food or sleep. In between, juxtaposing these harrowing interviews, is the dogmatic onward march of the head of the sex crimes unit of the Manhattan District Attorney’s office, Linda Fairstein (played by Felicity Huffman and who, it should be mentioned, held this post until 2002), to prove these children guilty. Part three covers the boys’ trials and later, the experience of Antron, Kevin, Yusef, and Raymond trying to rebuild their lives upon release from juvenile detention. In a series that is never exactly easy to watch, the fourth episode is particularly excruciating in its close-up of the suffering endured by Korey, who was sixteen at the time of arrest and was thus sent to an adult prison. The 90-minute closer also depicts the confession by the real perpetrator, Matias Reyes, and the Central Park Five’s final exoneration.

Throughout, we meet and get to know the boys and their friends and parents, entering their family homes and listening in on their mothers’ strained conversations. We see what other horrors they endured, beyond the sensationalized case, when, for example, Korey is informed in prison that his loving, supportive, and transgender sister has been murdered. Whether it’s a living room or a courtroom, the settings the boys came from and in which they find themselves are incredibly realistic, lending further shape and complexity to their stories that were once reduced to a now-President’s racist cable news rants.

The production recreated these settings across a seamless mix of stage builds and practical locations. “New York has changed a lot since 1989, so that in itself was a challenge,” the show’s production designer, Akin McKenzie, noted. “A lot of my time was spent in the scout van with the location manager, Charlynne Hopson, scouring all of Harlem and connecting bits in the Bronx and trying to recreate what we knew to be true about 1989 Harlem.” Filming as close as possible to the real locations was important to the production, “to feel the energy of Harlem, and know that we were in proximity to the park where that horrible night took place,” he explained. “With that said, there was nothing that we could use as is.” McKenzie and his team plugged in details ranging from the way elderly men set their stools outside a neighborhood store, to mounting a wheat-pasting of Elijah Muhammad. Older local residents noted that a built barber shop reminded them of their childhoods.

Among the locations filmed in a studio setting were the precinct, courtroom, and jail scenes (much of which were filmed at Arthur Kill, a former prison on Staten Island), as well as the boys’ families’ apartments. To recreate the latter, McKenzie drew from anecdotes and knowledge of their interests, while keeping in mind that “we are separate from them, but wanted to capture our understanding of them.” The end effect is that these homes, whether cozy or chaotic, demonstrate what even sympathetic observers to the case might have known but never fully considered: these boys were all taken from somewhere. “For me, I feel that the most respect that I can offer comes from the details and intricacies that we embed into worlds, and an understanding of how you affect your own space,” McKenzie said. “So if we’re painting a bedroom blue, we want to understand that that was a choice that came from love and compassion. Parents went into that room and painted the room to liven up the energy and atmosphere that their child is in.”

Elsewhere, the disintegration of late 1980s New York is apparent. Five hungry, sleepless boys offer contradictory, nonsensical “confessions” that even some of the detectives argue behind closed doors don’t line up with the facts of the crime scene. Here, in the precinct and interrogation rooms, as well as in court, McKenzie gets across a sense of a city in some ways going to seed. “When we talk about the boys, we talk about the intimacy of the human touch, but you can find that even in the municipal buildings, but it’s more through human interaction and decay,” he points out. The P.D. and his assistant, Hannah Davis, completed extensive photo research in order to recreate, for example, details like tagged courtroom benches stuck over with gum.

When They See Us has been met with excellent reviews for DuVernay’s gut-wrenching clarity on the case as well as focused insight into the teenagers’ lives. The series’ settings are integral to this, making very real the spaces where everything went nightmarishly wrong, but perhaps more importantly, where Antron, Korey, Yusef, Kevin, and Raymond came from and returned. “When you go into their homes, they are very unique, separate, and different individuals who have the overlap of society and culture, but have their own beautiful, independent interests, that speak to the diversity of all humans,” McKenzie said. “Our inability, sometimes, to observe that is what allows false accusations, lumping people into one group, not seeing individuals, but seeing something that you’re scared of or a projection of a stereotype.”

When They See Us is streaming now on Netflix.

TAGSInterviews Production designer When They See Us