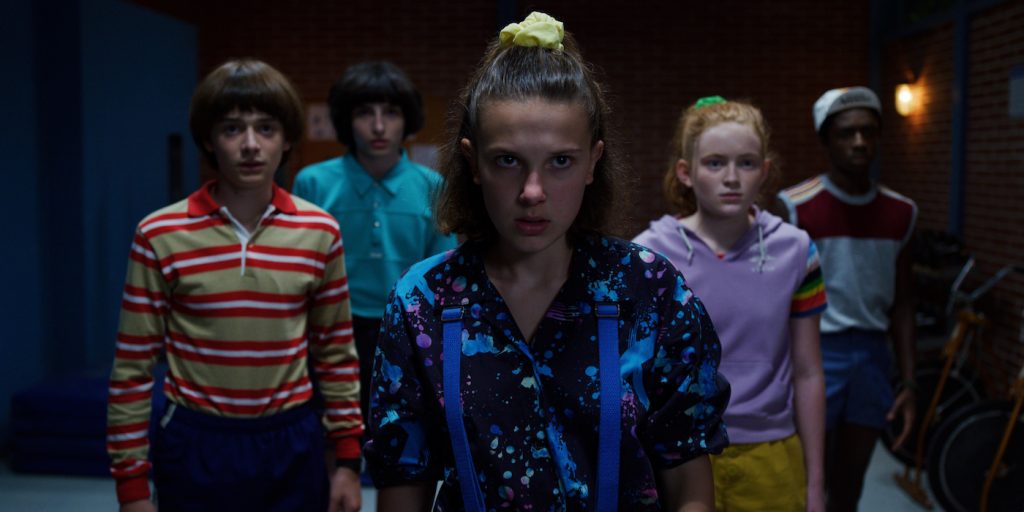 “It doesn’t make sense,” Eleven (Millie Bobby Brown) says at the opening of this new Stranger Things season 3 trailer. “I closed the gate.” Ah, but this is Hawkins, Indiana, kid—trouble can’t be locked out.

You have to hand it to Netflix, they’ve really kept season 3 of Stranger Things under wraps. We’ve only seen one trailer, one clip, a teaser, and some other bits and bites about the upcoming season. Finally, with the premiere now only days away, Netflix has gifted us a second proper trailer. Once again the Hawkins kids are in trouble. Big trouble. When the lights at the Gap go out, you know things have broken bad.

We’re in the summer of 1985 in Hawkins, Indiana. Our lovable scamps are a bit older, a lot wiser, and starting to form slightly more adult relationships. There are love triangles, and plain old love itself. While they navigate the treacherous waters of their budding feelings, they’ll also have, of course, some paranormal issues to deal with. This is a town that seems to be situated right in the dead center of a supernatural bull’s eye.

What we’ve heard about season 3 is that it’ll be more intense than the previous two. This is fitting considering our kids are growing up. Stranger Things creators The Duffer Brothers told Entertainment Weekly that season 3 will be exploring change:

“We wanted to explore the theme of change,” Matt Duffer told EW. “The season takes place during the last summer before high school. The kids are growing up, and that transition is going to be messy and awkward and painful. Are they able to grow up without growing apart?”

Duffer also assured EW that despite the heroics of the kids in the first two seasons, their troubles are hardly over:

“Eleven closed the Gate, but the Mind Flayer is still alive in the Upside Down,” said Matt Duffer. “It will find another way into Hawkins.…it’s just a matter of time.”

By the end of this new trailer, it seems time is up.