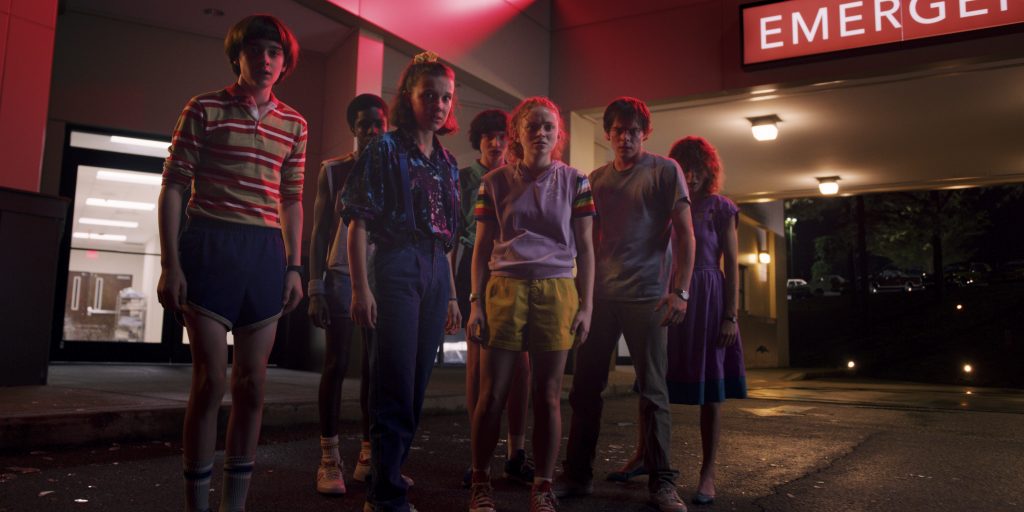 Summer is the most magical time in a kid’s life. No school, warm days, and endless adventures. Those adventures are just a little more bizarre in the Upside Down. The Stranger Things gang is trying to navigate changing relationships and growing up while still battling sci-fi creatures from beyond in a new trailer.

A look at season 3 of the nostalgia trip is 80s to the max and filled with fun, fantasy, and freaky new creatures. These kids have been dealing with some traumatic stuff since they were little, but the terror is not about to let up.

Monsters aside, there are some major developments in Hawkins, Indiana since we were last in town. Steve (Joe Keery) is rocking that mall job that was teased back in July. Detective Hopper (David Harbour) and Joyce (Winona Ryder) look like they might FINALLY be testing out a romance. Although, it doesn’t seem like things will be smooth sailing. Eleven (Millie Bobby Brown) is safe to be in public now, which means a whole lot of new experiences. Max (Sadie Sink) introduces her to the new mall in town, which seems to be the hot new hangout. The newest addition to the group also seems to still be at the center of a love triangle between Lucas (Caleb McLaughlin) and Dustin (Gaten Matarazzo). Most satisfying of all, poor Will (Noah Schnapp) seems to be free of the Upside Down’s grip and will be enjoying time with his friends. But will their friendship be able to last through the summer?

All of that is happening just in the normal world. It would be a regular coming of age story – if not for those freaky rats. Hordes of them are traveling in packs, but they’re even worse than your typical NYC subway variety. They appear to be morphing into Demogorgon sized beasts. Eleven also appears to be called back to the void in her mind where nothing is safe.

Based on this trailer, Stranger Things 3 seems to be ready to make the jump from our favorite Halloween series to a sensational summer binge. The new season hits Netflix July 4.