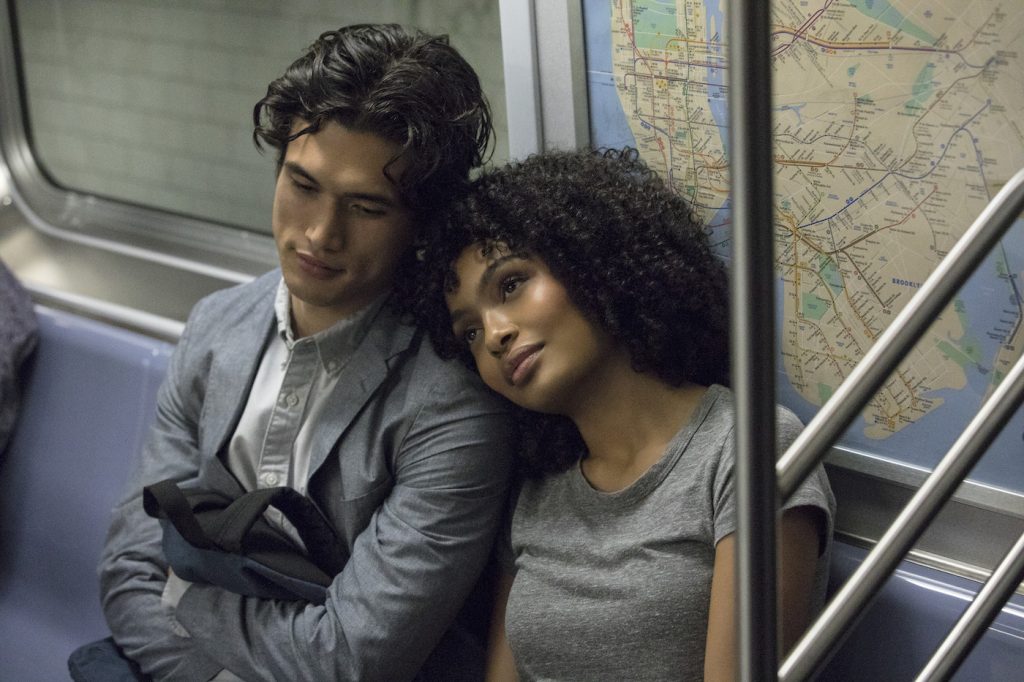 Herdis Stefansdottir, scoring artist for the new release The Sun is Also a Star, is a rare example of a female composer working on a major studio film. She was hired when she was 7 months pregnant, and says that had a major impact on the creation of her emotional, often intimate score.

The film follows the college-bound romantic Daniel (Charles Melton) and a Jamaica-born pragmatist Natasha (Yara Shahidi) who meet—and fall in love—over one momentous day in New York City. Yet Natasha is fighting against her family’s deportation, and her own imminent departure from the U.S., while also fighting her feelings for Daniel. The film opens today, May 17.

The Credits spoke to Stefansdottir about working with Jóhann Jóhannsson, her process, and her optimism about the future of women composing for film.

One way in for new film composers is by working with a mentor well known in the industry. You interned with Jóhann Jóhannsson. How did that come about, and how did your time with him influence your work?

I was a student in New York City a few years ago, and I went to see a screening of The Theory of Everything, where Jóhann was talking, and I went up to him to say hello. We had a little chat, and I decided to email him and ask if he needed help. He said, “Yes. Come to Berlin.” Working with him offered me insight into the work of a film composer, and how it looks to score a big film. Working on small projects, you can’t imagine the process. It was an important learning experience for me to see how he worked and pulled together all the moving parts. I am also a huge fan of his work and believe he will be remembered as one of the great film composers, so just watching him create was inspiring.

Did he give you any advice that has stayed with you?

Yes. When I was working for him, he asked me what I wanted to do, and I said I just wanted to make music. He gave me the best advice I ever got. He didn’t say it directly, but basically asked why I was working for him. He said, “make your own music.” I finished writing the music for a band I used to have, and just started writing my own music. He told me to embrace everything that comes my way, including visual arts and all forms of art, to just keep writing, and being inspired by everything around me, but to never stop using my voice as a composer. I love working with people, interacting, and collaborating. I find it is an inspiration for my work.

Your score for The Sun is Also a Star has a sort of circular, meditative quality that builds on itself and evolves. How did it come together? Did you have an idea of what you wanted in the beginning, or was it created out of conversations with the director Ry Russo-Young?

I was born out of the conversations between the two of us. Overall when I was into it, it happened quite smoothly and quickly and it went in a good direction early on. It was an organic creative process. How the score builds, from a sort of playfulness to more emotional, happened organically, but when we became more conscious of how it was developing we moved even more in that direction.

The cue ‘Four Minute Stare’ is absolutely essential to the film.

That piece is the heart of the score. I wrote it and then decided the melody in that song would be the love theme. So we took the melody of that piece and started integrating that melody into other places in the score. Starting out really simply, just hinting at the theme, which was representative of the bond between Natasha and Daniel. When we get to the sequence ‘Four Minute Stare’, that’s where it fully blossoms.

How has writing a score for a major studio influenced your career? It is still rare for women to get the chance to do so.

It’s crazy. I wasn’t expecting it at all. After I finished the score, I went completely into baby-land, and I kind of forgot that I had just been working on a big studio film. Suddenly there’s a big premiere coming up, and it feels like such an adventure. As to women in composing, I feel like there’s definitely a change happening now. When I was starting even just a few years ago, and I was writing for some short films, I could name just a few that I knew were scoring for films. That made me frustrated because I was surrounded by men. All my teachers were men. Where were all the women? Now I feel there’s been a change.

A good composer uses all their experiences and tools to inform their work. You started writing the score for The Sun is Also a Star when you were 7 months pregnant. You said that made it special. How so?

I was working with a very intense, literal 8-week deadline because I was going to give birth. There was no way around it. I had a difficult pregnancy and had a hard time moving around, so I did a lot of sitting. I was tired, so I really had to work smart, and be creative in the 6 hours a day I could work. I was so focused. Normally I would be on my own timeline, but I had to listen to my body, and let that take over. Also, I don’t think I’ve ever been as emotional in my writing. The writing of The Sun is Also a Star was one of my favorite experiences because I felt very much in touch with myself and my feelings, and that I was somehow able to dive into the score in a very pure way. I wasn’t just writing a soundtrack for a film, I was writing from my heart, and put myself and my experiences and emotions and my vulnerability into every note. I believe being pregnant gave me something extra for everything I was doing, like a little extra spice.

It was a very positive and beautiful thing. In some ways, having my daughter made me just put life into perspective. It made me grateful. You can spend so much time as an artist worrying about career and what comes next, but I see what’s important, and I just want to keep writing. It’s not a given to get to work as a composer. I feel blessed.

TAGSComposer Interviews The Sun is Also a Star Warner Bros.