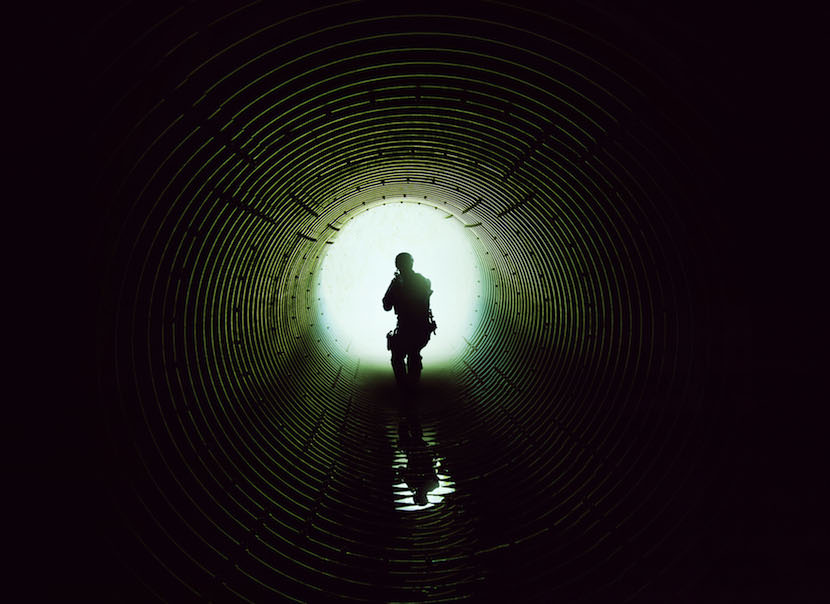 The Sound of Fear: Composer Jóhann Jóhannsson on Scoring Sicario

Scoring Denis Villeneuve’s latest film Sicario, about the brutal battle against Mexico’s drug cartels, required quite a tonal shift for composer Jóhann Jóhannsson from his work on last year’s The Theory of Everything. He talks to The Credits about how he gravitates towards darker worlds and the challenge of scoring action sequences.

Sicario is a very tense film. Creating that mood is obviously a big part of your job when you’re scoring. How do you go about that?

It really comes from the images and comes from the mood and atmosphere that Denis (Villeneuve) creates, and Joe Walker, the editor. I'm very inspired by the look of the film, the pace of it, the way they edit it, and the rhythm of the editing, and how it all comes together. For example, the first thing that I wrote for the film is for a scene fairly early on of this long helicopter shot of this convoy that’s driving into Juarez. It's this long helicopter shot where you see the city of Juarez slowly rising out of the desert and I wrote this piece for that scene. It's the first thing I wrote for the film, which is this very slow crescendo, this very slow rhythm, distorted drumbeat, that slowly rises and rises and builds and builds into this deafening, distorted crescendo that rises with the sound of the helicopter, so the helicopter is almost like an instrument.

That was the first piece that I wrote and it was something that informs the rest of the score and sets the tone for it. It was really a defining scene and defining cue in the score.

You also did an amazing job scoring The Theory of Everything, which is a lush, romantic score: quite the opposite of this. Do you always start with a pivotal scene that acts as a seed that the rest of the film grows from?

It really depends. Every movie is different. I approached The Theory of Everything very differently in many ways, but it does have an element of that, yes. When I start a film I try to start with a crucial scene that feels like it's central to the film and I try to focus on a couple of central themes and it's a process of finding the voice of the film, finding the tone that works and that potentially drives the rest of the score and becomes, not a template, but more, like you said, a seed that the rest of the score grows from. You could say that, it's a similar process. Even though the films are very, very different and they require very, very different approaches, fundamentally the process is always the same.

They obviously are quite different but is there anything about your scoring work that has your signature?

I like exploring new ideas and new themes and sounds with each film. I think that's one of the great things about film composing is that every film is different. You have to find this voice for every film. I think, for example, the work I do with Denis is closer to my fundamental voice as a composer and it's closer to my solo albums, for example, and the work that I do outside of film. I think The Theory of Everything is much lighter, more lush and romantic than the work I normally do. I tend to gravitate towards things that are more atmospheric, darker. That's more natural for me as a composer.

Do you enjoy do the other side of it as a way to stretch yourself a little bit?

I think so. I really enjoyed the challenge of The Theory of Everything. It was a way of growing and expanding my musical language as a composer. I really relished that opportunity. Then Denis’s films are very challenging as well, in a different way because he really, as a collaborator, he has a strong vision for what he wants the music to say and how he wants it to function.

He's quite involved in the scoring process? Gives you lots of feedback?

Absolutely, it's very much a dialogue and like all filmmaking it's a balance between a team of artists and Denis. He has a strong vision but he also gives his collaborators a lot of freedom and there's an expectation in many ways to deliver quite bold and strong ideas. I always get the sense he wants to hear something he hasn't heard before. That's really a great directive to have, the freedom to be bold in your choices.

The score in a film like this creates tension and also plays and important role in helping to drive the story and the action forward- is that a challenge?

Yes, it is a challenge but it was something I very much relished. I haven't done a ton of action films. Prisoners, for example, is a film that has a lot of tension and a lot of suspense, but there's not a lot of action in it, whereas this one has quite a few action scenes. It was really, exciting to approach that as a composer and bring my voice to that to that element of filmmaking. I enjoyed that very much.

I'm doing on Denis’s new film, which is called Story of Your Life, with Amy Adams, Jeremy Renner, Forest Whitaker. I just began writing that score a few weeks ago, so it's very early days. I'm also finishing a TV series, Trapped, which is created by Baltasar Kormákur, who directed Everest and there're a number of my own solo projects I’m working on as well. I've been careful about not taking on too much film work, so I can focus on my own stuff as well.