Oscar-Nominated Composer Jóhann Jóhannsson on The Theory of Everything

When we spoke with composer Jóhann Jóhannson, he had just returned from performing a few pieces from his Oscar-nominated score for The Theory of Everything in a video interview published by USA Today. He was famished (he hadn’t eaten all day) and he was no doubt tired (he’d flown from Los Angeles to New York the day before, and was off to London the following day for the BAFTA awards, where his score was nominated for Best Original Music), but he was still game to chat. The highly respected Icelandic composer had notched his first Oscar nomination for a score that, having listened to it in it's entirety earlier in the day, qualifies as a thoroughgoing listening experience as well as an elegant, understated accompaniment to James Marsh's film.

What sounds blissfully organic to the ear was, nevertheless, hard won. The instrument that eventually unlocked the incredible story of Stephen and Jane Hawking's relationship for the composer was the piano. Eventually, Jóhannson would build around the piano and create the beautiful, emotionally complex score that earned him his Oscar nod.

We spoke to Jóhannson during his brief interlude in New York, before he was off again to London and then back to L.A. for Sunday night's Academy Awards telecast. Below is an edited version of that discussion, plus snippets of the songs he created for the film. 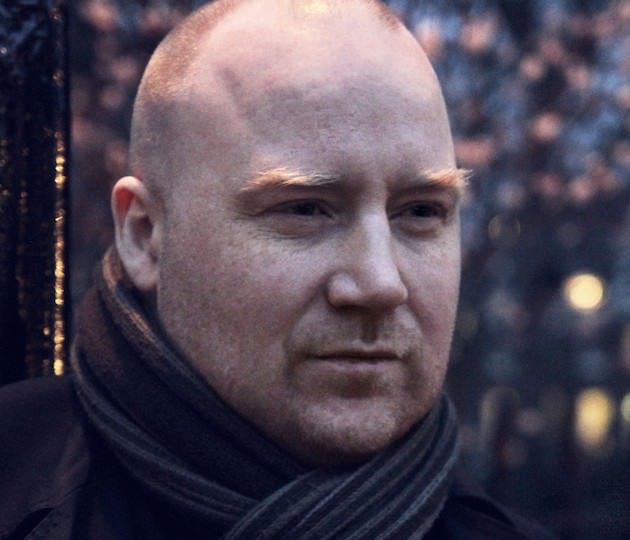 I listened to The Theory of Everything’s score this morning all the way through, and I was wondering while listening to it, how did you approach a movie musically that’s about somebody who’s losing their ability to vocally interact with the world, yet inside he's opening up completely?

There’s a sense of increasing inertia in a way in the music. It starts very energetically, very vigorously, the opening is kinetic in that scene with Hawking and Brian (Harry Lloyd) are cycling through Cambridge. 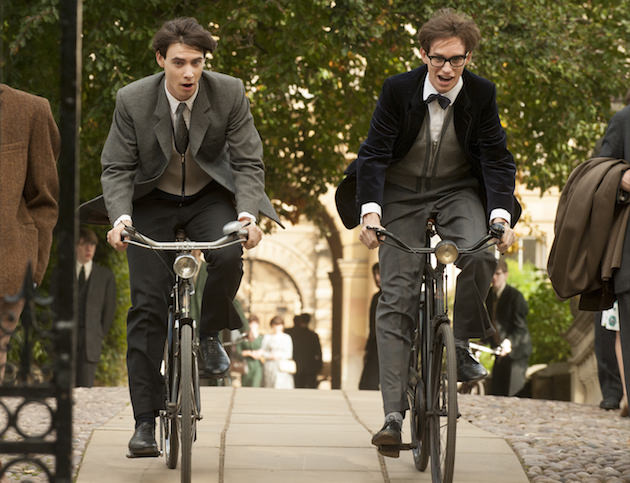 Then there’s the rowing scene, and there’s a lot of movement in the first part of the film and then it slows down, and the score becomes more serene, with less movement. I think the whole thing about the score was to try to capture that change. It’s a story about Hawking as the famous astrophysicist, but it’s also very much the story of his relationship with his wife Jane (Felicity Jones). It’s a love story, in essence, and so the music very much had to reflect that and to underline that relationship. A lot of the themes relate to the different relationships in the film. There’s a theme for Jonathan (Charlie Cox) and his relationship with Jane, there’s a theme for the Jane and Stephen relationship, etcetera, and I think the musical themes kind of underline the relationships.

But we also tried to express, to a certain extent, his inner world, his epiphanies and his sense of wonderment, and his search for this simple, elegant equation that explains everything. There are certain scenes, like the scene in the Cavendish lab where they discovered the electron at this famous laboratory, where he has this wordless moment where we tried to convey this sense of awe and wonderment, an almost quasi mystical sense of the grandeur of the universe and this desire to solve it’s mysteries.

There’s another scene later on where he’s sort of stuck trying to take off his sweater, and he’s stuck in this awkward position in front of the fire, and he looks into the fire and has another epiphany, this Eureka moment, and that’s another scene where there’s a sense of the ineffable, again this sense of wonderment.

Which song underlies that moment when he's stuck in his sweater, looking into the fire?

It's called “A Space Time Singularity”

One song that really jumped out at me was “Collapsing Inward.” It starts with this very beautiful, deep sound…

Yeah, this is from the scene in the hospital after he basically collapses in the street and he’s taken in for examination. This is when he’s told that he has motor neuron disease, and that his motor functions will slowly shut down over time and he’ll become paralyzed. So it’s a scene where that realization sinks in. There’s not a lot of music in that scene; large parts of that hospital scene have no score, but there’s one moment where this particular score comes in.

Another song I wanted to ask you about is “Viva Voce”…

So ‘Viva Voce’ is part of the thesis defense you have at English universities. There’s two cues, one is called “The Origins of Time,” and that’s a cue when he decides on his thesis, what he wants to write about. He decides that time will be his subject.

And then ‘Viva Voce’ is a variation on that same theme which accompanies a scene when he’s doing his thesis defense.

You were talking about themes for each of the relationships. Do you have specific instruments for the characters?

Yeah, definitely. The piano was kind of, very early on, an instrument that I knew would be an important part of the score, not least because one of the characters, Jonathan, who becomes the third wheel in the relationship between Stephen and Jane, plays piano in the film on screen, so we incorporate that into the score. There’s a track on the album called “Forces of Attraction,” which accompanies a montage which shows Jonathan’s increasing role in the family and in their relationship. We see them on a boat on the Thames, on the beach, in the garden, and then it ends with a scene where the attraction between Jane and Jonathan is hinted at in quite a subtle way, and that particular piece represents their relationship, and then is repeated later in a scene in the church when they are reconciled, after having had a falling out. So that same theme comes back.

How early were you involved in the project?

I got involved basically after principal photography ended and they started to edit the film. I saw a rough assembly, a long rough cut, so it was at the editing stage that I came in.

So you were watching the scenes and then going to work. Did they provide a temp score?

They did have some temp score, a lot of it was my music, actually, but there was not a lot of music in the first edit that I saw.

Did you find any particular scene or sequence tougher to crack?

What’s your method for finding that germ?

I tend to try and start with a specific scene. I try to identity one important scene and try to crack the code to that scene, and it always takes a few tries. I like to get it wrong a few times before I get it right [laughs], because you have to find the limits, and it’s good to send the director the completely wrong thing just to get a reaction and to find the limits of where you can go. For this film, the first scene that really made the whole thing gel for me was the opening scene. That really made me feel that I’d found the key to the film. It actually sparked a lot of the subsequent music. It became the key to the rest of the score.

Can you take me through that?

It starts in Buckingham Palace, which echoes the last scene, and then it flashes back to a scene where he’s bicycling through Cambridge with his friends. So it starts with a very energetic, kinetic, vigorous piece of music—it starts with this four note piano ostinato, this circular figure that loops and weaves and is woven into the tapestry of patterns that overlap. Then this explodes into a very joyous piece of music that accompanies this bicycle ride. It’s a theme I use in various forms throughout the score. For example, it’s echoed in the lecture scene which occurs later in the film. It’s almost like the climax of the film, this very triumphant lecture scene that occurs 35-years later, by which time he’s a star, a very famous writer and scientist. So he’s delivering this big lecture and there’s this moment, which is almost a quasi mystical moment, where he gets out of his wheelchair and picks up a pen that an audience member has dropped. That scene was a very key, and the score’s an echo of the opening. It’s got the same melodic material, the same harmonic material, but presented in a much more serene and philosophical way. It’s got these slow, swelling string chords, so it’s almost like this opening theme became the seed for the rest of the score, and you can hear echoes of it throughout.