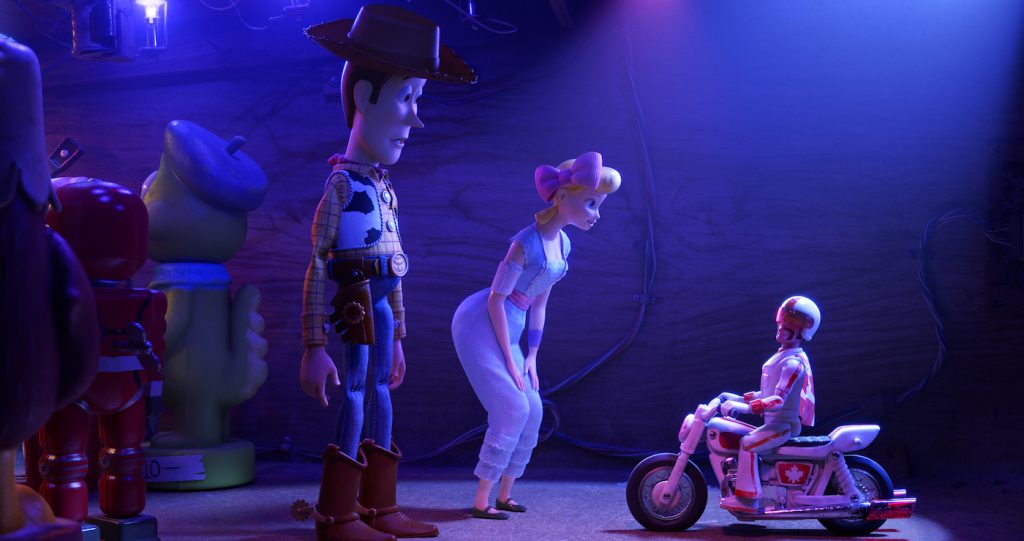 The first trailer for Toy Story 4 hinted at some of life’s deepest questions. As we wrote at the time, the Toy Story gang, led by Woody (Tom Hanks), has long moved past the Andy era, in which Woody sparred with Buzz Lightyear (Tim Allen) and the big questions were mostly who Andy preferred most. We’re officially in the Bonnie era, and the latest trailer makes clear that our favorite talking toys are going on a journey that’ll be their most profound yet.

This profundity is initially brought to life via Bonnie’s newest toy, Forky (Tony Hale). Forky is made from popsicle sticks, a pipe cleaner, and a plastic spork. He’s questioning his own existence thanks to his bizarre (but beautiful, in a way) makeshift body and soul. The action picks up where Toy Story 3 left off, with Woody and co. living with Bonnie and her new, purpose-questioning toy. The going gets even more existential once Bonnie’s family heads off on a road trip vacation that reunites Woody with an old friend.

Toy Story 4 is directed by Josh Cooley, and brings back Bo Peep (Annie Potts), making her first appearance since Toy Story 2. Joining newcomer Hale are the great Keegan-Michael Key and Jordan Peele as Ducky and Bunny, while none other than Keanu Reeves voicing the daredevil toy Duke Caboom, pictured above.

Here is the official synopsis for Toy Story 4:

Featured image: DUKE CABOOM – In Disney•Pixar’s “Toy Story 4,” Woody and Bo turn to a 1970s toy called Duke Caboom for help. Based on Canada’s greatest stuntman, Duke comes with a powerful stunt-cycle, and he’s always prepared to show off his stunt poses with confidence and swagger. Featuring Keanu Reeves as the voice of Duke Caboom, “Toy Story 4” opens in U.S. theaters on June 21, 2019…©2019 Disney•Pixar. All Rights Reserved.