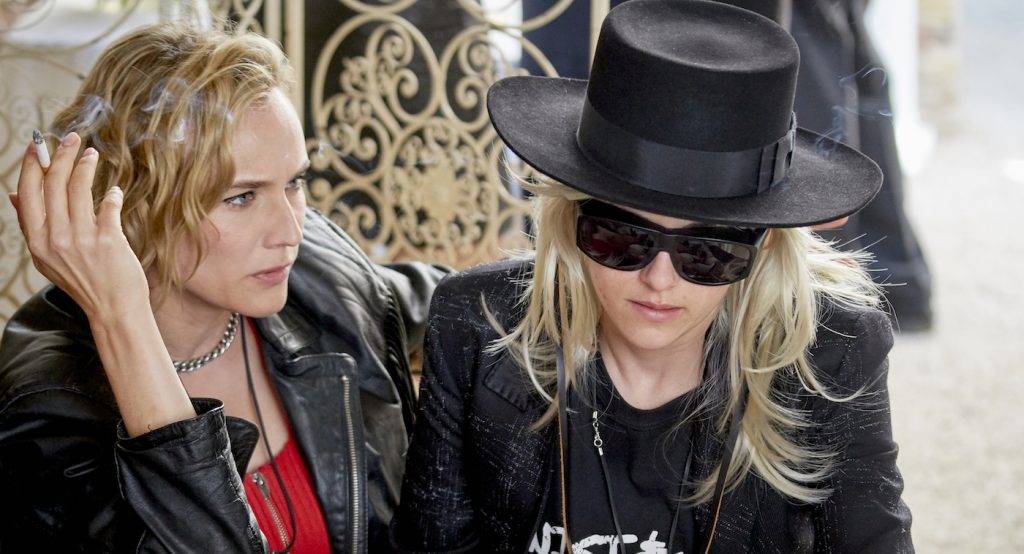 Savannah Knoop on Adapting her Memoir Into the Fascinating J.T. LeRoy

It’s often said that truth is stranger than fiction. No doubt this adage applies to the remarkable story of Savannah Knoop, who as a young woman assumed the persona of J.T. LeRoy, an adolescent author admired for his gut-wrenching semi-autobiographical books with themes of childhood abuse and prostitution. In actuality, LeRoy didn’t exist. He was the creation of Knoop’s sister-in-law and the real writer, Laura Albert. When the public began clamoring for LeRoy, Albert asked Knoop to play the part.

Knoop spent six years pretending to be the quiet, shy and androgynous J.T., donning a blond wig and sunglasses for the ruse and reaching cult status. The unveiling (as Knoop calls it) of J.T. LeRoy occurred in 2005 when the New York Times revealed the act as one of the publishing industry’s greatest literary hoaxes.

The story was later the subject of a documentary, and now it has been adapted for a theatrical feature, aptly titled J.T. LeRoy. Based on Knoop’s memoir, “Girl Boy Girl: How I Became JT LeRoy,” the film stars Kristen Stewart as Knoop and Laura Dern as Laura Albert, along with Jim Sturgess and Diane Kruger in supporting roles.

Knoop, who shares writing and executive producing credits with the movie’s director, Justin Kelly, spoke with The Credits about playing J.T., finessing the script and watching her story unfold on film. The following interview has been edited for length and clarity.

Tell me about those six years being J.T. LeRoy. It seemed exciting, but were you always fearful of getting caught? And when the truth was revealed, was it devastating or a relief, or both?

I have a memoir that I wrote shortly after the whole unveiling, which sort of untangles how you go from this person asking you if you would do a one-time event, show up to something, and then from there you find yourself six years later sort of living a double life with this character, this fictional character that in some ways you’re wondering if you’re going to do it for the rest of your life. When the unveiling happened, it was a huge relief because there was so much conflict around doing it. Even though it was engaging and I think there were dynamics that were really interesting about it, it was not a comfortable thing to be doing, especially for that extended period of time.

How did the film come to be? I read you met director and co-writer Justin Kelly through a mutual friend. Were you immediately amenable to translating your words to film?

A film was not in my purview. But meeting Justin through our community in San Francisco — and I saw his films and we kinda kept running into each other in the city and became friendly — there was something about him, he’s a very special person. And, yeah, I think it was through meeting him that the idea formulated of adapting the memoir into the script. There was someone who came to me to option the book before Justin, but in my mind, it wasn’t quite the right fit, so that kind of solidified the idea of writing with Justin even more so.

Is it true that you and Justin worked on the script for nearly a decade?

Well, all in all, it’s been a decade.

What was the writing process? How did you work together over that period of time?

I think it was sort of like life happened alongside doing this project. We were both in San Francisco, we both moved to other places. We’d meet up to do it, so a lot of the script was written together in person where we’re both talking and one person’s typing and the other is sort of talking out the details and you’re editing as you go. And then we would screen share. We did a huge number of drafts. There was so much information and we wanted to concentrate on this very specific point of view from my book — so one person’s point of view in order to tell a very big overarching story that had so many different themes. We also had two really great script consultants through the process and also countless friends gave great notes. But in particular Laurie Weeks (Zipper Mouth) worked on the draft, and then Lee Relvas also did amazing consulting work, who’s my sweetheart, so she was on the set with us and we’d do edits together.

You’re also co-executive producer. How integrally involved were you beyond the writing?

It’s been this labor of love for Justin and me for seeing it from start to finish. So working through all the nitty-gritty details when there was something to problem solve, we were all doing that together. Also, consulting on the costumes and being there for the actors and whatever came about.

Had you had any prior filmmaking experience?

No, I make art, I do sculpture and performance, and writing is always kind of integrated into my practice, but filmmaking is not my wheelhouse. It was really interesting. Being on set with a film crew, it’s such a collaborative process and everyone starts moving in tandem as one animal towards this like-minded goal.

What was it like watching the story from your perspective unfold and come alive in front of you?

It’s very surreal. It’s a strange experience and also illuminating. And this process of constantly switching back and forth between objective and subjective and seeing what works the best for the film, so being in service of the story but also trying to be in service to the causality, the cause and effects of the story that I was there for. I think it’s interesting to emotionally distance yourself from an experience that you lived.

What struck you most about Kristen Stewart’s portrayal of you?

For one, it was so uncanny. She’s such an amazing, physical actor. My mom saw the film, she said, ‘God, she really gets you.’ Kristen did a lot of research before we got to set, and then when we were together, I could feel that she was really sort of studying and pocketing gestures.

For you, what ultimately is J.T. LeRoy about?

To me, the movie does center around the Laura and Savannah characters and then their intimacy and their power exchange. Embedded in it is a kind of feminism. It’s about how these two women had this very complicated relationship, and one person’s experience does not negate the other’s. It externalizes something that I think we’re feeling and negotiating all the time when we are in a relationship with another person, but it’s that experience with the volume turned up all the way.

The film is available today In Theaters, On Demand and Digital.