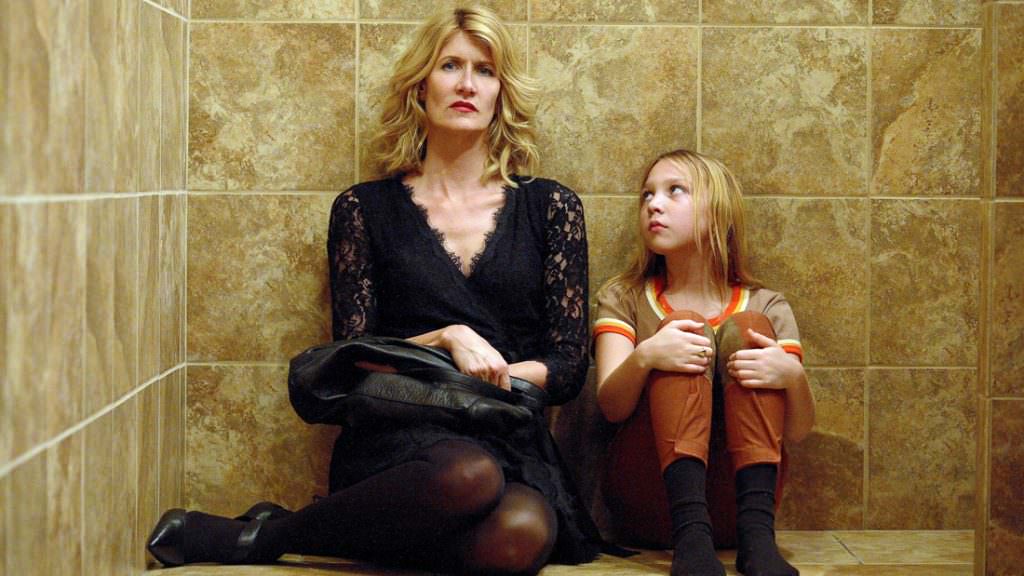 For decades, documentarian Jennifer Fox had convinced herself that the sexual abuse she’d suffered as a child was consensual. In revisiting her memories and the events under the light of adulthood, Fox had a reckoning with the true nature of the events. Her memoir, starring Laura Dern as Jennifer, is laid bare in Sundance premiere The Tale. After decades of employing coping mechanisms to avoid the atrocities of sexual abuse she experienced as a child, The Tale is Fox’s testament to the strength she found to conquer her own memories.

Composer Ariel Marx provided a beautifully empathetic score. As the ugly reality comes to light, her music strips away the decades of deceit and manipulation that were imposed on Jennifer by depraved adults. Marx composed a beautiful cinematic fantasy the leaks away as the disturbing reality is uncovered. Through Jennifer’s confusion, the music is never muddled, pushing through to the ultimate clarity and closure. Marx shared with us her bold storytelling approach to an incredibly delicate story.

For those who weren’t about to catch The Tale at Sundance, what is the story about?

What’s fascinating is that it’s based off the director’s own story. She’s a globetrotting journalist and professor and she comes upon a story that she’d written about a relationship with two coaches. Essentially ,what happens is a reevaluation of her memory and going down the rabbit hole of how memories shifts over time. When you start questioning certain memories, they also take a different shape. It’s a really incredible film with many different layers. It explores different decades as well. You explore the character in two moments in time and that’s really intriguing. We choose to fall back on the versions of memories that are most convenient or warm or suitable to what we think happened until we choose to re-examine.

The story has a few false starts as Jennifer is searching for the truth in her memories. What threads did you pick up on to carry her story through as she gains clarity?

There are a few source cues in the film. We decided that it needed to be small chamber instrumentation so it’s just strings, guitars, pluck instruments, piano, bells and then some electronic elements as well. The score doesn’t really deal with time in terms of periods, but it does deal with time in terms of transformed perceptive. The palette changes as the film develops and we start learning different things. We start looking back on memory and things start shifting. It was this fluid layer based experience where we could play with what aspects of the score was being emphasized at any one time. And really with the palette I viewed it as, just as Jennifer was talking about memory, there are so many different layers, you’re always peeling back layers, inconsistent perspectives. It was really layer based music. We could really strip it down and have one belief and then add these different layers to add new perspective or new viewpoints on it.

Jennifer and her younger self, Jenny, recall the events very differently as the story progresses. Did you treat them as separate characters?

There are times when it’s not incredibly straight forwards who is running the show. There were certain moments when the music really did need to highlight the different time periods, the different developmental periods. How do you score a young woman vs. an older woman? How do you score a child vs. a teenager? In many ways it didn’t end up being all that different, but there are certain layers that were always present that are more accented that perhaps connote maturity or childhood. It’s not overtly a different palette, but there are these different emphasized aesthetics that we played around with.

Tone was so important in this film as far as indicating where a character was mentally and emotionally. How does music shape storytelling in cinema?

From my experience, different storytellers, different directors and producers, they have different instincts and different perspectives on how they want music to function. Some stories won’t be too burdened by a very heavy score, a score that is very audible, very obvious in very helpful ways. Some people will have an instinct where they need it to fall back and be on the backburner and not be as obviously influential. The choice becomes, and these are equally valid choices, do I emphasize what’s on screen? Do I give different information than what’s on screen? Do I contrast what’s on screen? It’s really a matter of point of view, and think that’s what’s most interesting. Music can let you know who’s point of view you’re in. It’s an incredible experiment to just throw up any piece of music against any film clip and there is inherently a connection by just throwing the two together. You start making up a context, you start making a backstory of why this music works with this image. It’s all about perspective and point of view. The most well-done scores are a combination of all those aspects of giving you information, giving you a point of view and saying something that you couldn’t with the visual alone.

As a woman working in music and film, do you feel your work stands on its own, or has it been difficult to be recognized for your talent alone?

It’s such an interesting question and I’ve talked with so many people about it. Of course, the hope of any artist is that their work is judged and praised above anything else. But it all becomes access to opportunities and visibility. The fact of the matter is that just some voices aren’t being heard or haven’t been heard. I think there was a Variety article last year where of all the below the line crafts, composers are the lowest percentage of women. It’s 1-2%. Why that is, I don’t have an answer. I personally feel tremendously supported. I’ve had lots of opportunities and they’ve come through, incredibly hard work and then also very good people who want to support me. It’s really about having different voices being heard and it’s a really exciting time to be in film. I also read in an article recently that of the shorts at Sundance, 51% are female directed and the features are almost over 1/3 women helmed too. Thank goodness that the voices being represented are starting to reflect more accurately of all storytellers. I’m really excited to be on such an incredible film like The Tale with a really strong team of incredible women. It’s a really exciting time, I honestly feel extremely positive about it. I’m very happy to be in it here and now.