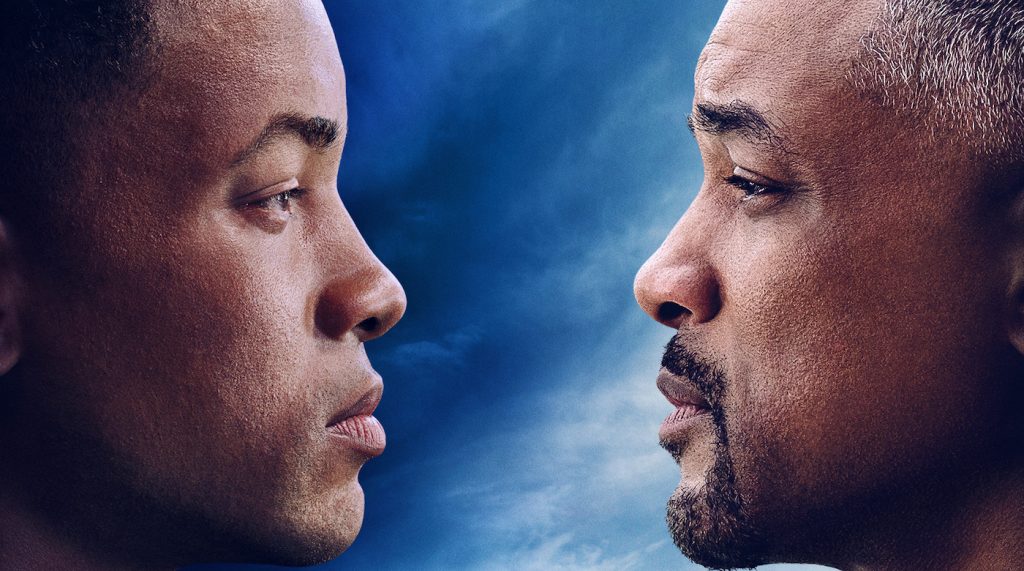 Is there anyone who gives you a harder time than yourself? Are you not your own biggest enemy? These questions and more might spring to mind when you check out the first trailer for Ang Lee‘s Gemini Man. The film features two Will Smith’s for the price of one. A younger version of Smith, de-aged, is sent after the older version to take him out. The de-aging process has been growing in leaps and bounds lately, as we saw recently with Samuel L. Jackson in Captain Marvel. Yet that film only had the one Nick Fury, while Gemini Man will pit the de-aged Smith against the man as he is today. You’ll be able to compare and contrast throughout. They are literally face-to-face in the poster, and they are quite literally facing off in the film.

The de-aging process has become an ever more reliable tool for ambitious filmmakers. Marvel’s been doing it for a while now, and no less than Marty Scorsese is getting in on the de-aging action. His upcoming film The Irishman will have de-aged versions of his main characters for the entire first half. Lee’s film, however, is pure sci-fi and seems to delight in the fact that it’s centered on a Smith vs. Smith confrontation. If you’re going have a cloned version of your star in your movie, Will Smith’s a good choice.

Smith plays the assassin Henry Brogen who is confronted with a killer who is his equal in every way—a cloned version of himself, just younger. The cloned Brogen goes by the name Junior, and he can predict the elder Brogen’s every move. There will be inevitable comparisons to Rian Johnson’s Looper, which pitted Bruce Willis against his younger self. Joseph Gordon-Levitt played the younger Willis in Looper. Here, it’s all Smith.

The cast has some other, highly talented actors. Mary Elizabeth Winstead, Benedict Wong, and Clive Owen are here.

Check out the first trailer here.