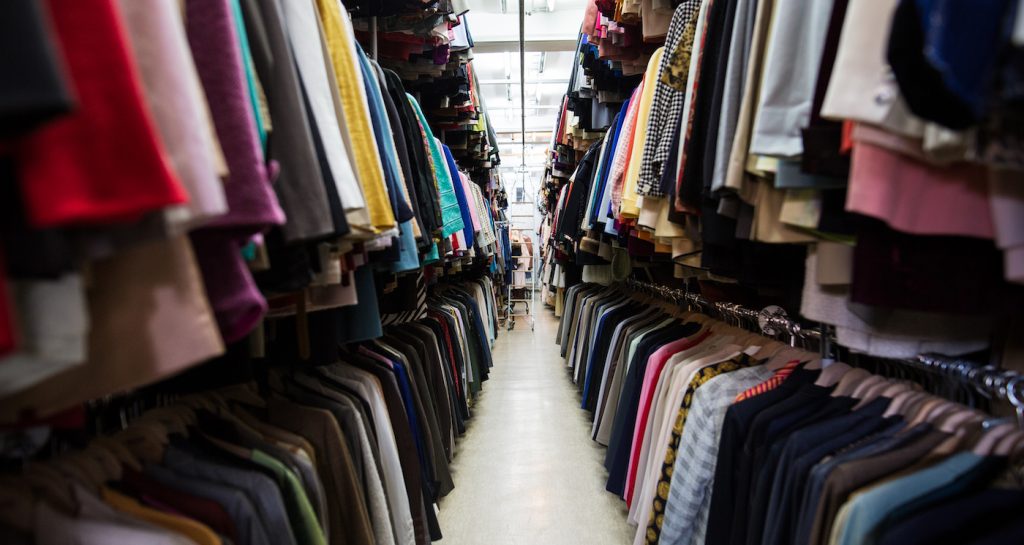 What do Metropolis, Ben-Hur, The Grand Budapest Hotel, and The Hunger Games: Mockingjay all have in common? Their actors were outfitted, in full or in part, by a costume house in Berlin. And not just any costume house, but one that survived two world wars and Germany’s partitioning. It is now the country’s largest collection of historic and contemporary garments and accessories. With 10 million items (a single item can be a loincloth, a ballgown, or a cufflink) spread over a former dairy on a leafy block in a quiet, upscale Berlin district, plus two additional warehouses for a total of 8,000 square meters of storage, the 112-year-old Theaterkunst is one of the biggest and oldest continually operating, full-service costume houses in the world.

Founded in 1907 to work with the city’s theaters, operas, and cabaret outfits, the house segued into film and grew to an international scope in the 1920s with Fritz Lang’s Metropolis and Josef von Sternberg’s The Blue Angel. For the 1925 silent version of Ben-Hur, Theaterkunst employed 350 people who made everything: the headgear, shoes, leatherwork, armor, swords. “They had three costume designers and, for example, seven tons of leather,” Nikola Fölster, Theaterkunst’s Head of Costume, said. “The main actor, Ramon Novarro, came to Berlin for the fitting of his armor. He traveled for two weeks, by ship. Nowadays this seems incredible.”

Through the 1930s, the costume house operated offices in Copenhagen, Amsterdam, London, New York, and Stockholm. With the end of the Weimar Republic, however, the fortunes of Theaterkunst and its owner, Hermann J. Kaufmann, took a turn. Kaufmann, who was Jewish, was forced to sell the company and died in exile in 1942. Theaterkunst was bought by two other companies, the Deutsche Zündholzfabrik, and the Swedish Svenska Tändersticks AB, and stayed in operation, but much of the collection was lost to the bombing during World War II.

In post-war Berlin, the company, like its hometown, was divided in two, with the original house set in what had become East Germany and the management moved over to the West (converted to VEB Fortschritt Theaterkunst, the East Berlin company closed its doors in 1953). Moving onward and upward in the German Economic Miracle, West Germany’s Theaterkunst expanded, rebuilding the house’s collection, library, and international standing.

After branching out at various points to Munich, Cologne, and Hamburg, as of 2008, Theaterkunst’s operations are now solely headquartered in Berlin. With film and television credits that range from Steven Spielberg’s Saving Private Ryan to the Netflix shows Dark and Berlin Station, “we are specialists for the turn of the century, the 1920s, the first and second world wars, and today,” Susanne Franke, Theaterkunst’s Managing Director, said.

In the labyrinthine former dairy, abundant stock is sorted according to men’s and women’s clothing and then by era, with a surprisingly limited staff of 25 working according to their areas of expertise, as tailors, designers, historic textile specialists or pattern-makers, with a knowledge-based in modern costuming or rooted in a particular era in history. “Because the Theaterkunst was founded in 1907, it’s grown since then,” Fölster said. “That means we have a lot of original costumes, starting from 1880, 1890, which are still in use.” Fölster defined the traditional house’s duties as anything that supports a work’s costume designer: “What we do is research, consultation, and support. They can get inspiration, help with fittings or looking for the right model. We can also do tailoring, alterations, or we can find suitable fabrics. We give our support in every direction.” Although it’s atypical for American and international stars, she noted that German actors particularly appreciate the house’s sense of tradition, and are known to swing by for their own fittings.

Aspects of the house’s historic operation, like writing delivery papers by hand, are incompatible with the modern pace of moviemaking and will have to be scrapped. With new owners (a husband and wife team, working in international finance and costume design, respectively, took over the business last year from the last two of five employee shareholders who had run the company since the 1970s), digitalization is on the way.

“Their interest is in keeping this traditional company as a modern company with traditional roots,” Fölster explained, which means a modernized communication system and costumes that will one day be able to go out via scanner. Asked if there was yet any sort of digital archive, Franke laughed, “It’s coming, it’s coming!” Where the digital world still can’t compete with an analog system, however, is in the breadth and depth of the house’s physical archives. Besides a 4,000 volume library spanning decades, Theaterkunst’s employees have a treasure trove of images cut from newspapers from the 1970s through the 1990s, for example. “That seems old fashioned now,” said Fölster, “but in the time of Google, I’ve noticed that many pictures from those years are not online.”

And even in a digital world, proximity and age still count. The house works closely with other branches of Germany’s film and television industry, providing costumes for films like Inglorious Basterds and The Reader, both filmed at Babelsberg Studios in neighboring Potsdam. Decades of accumulated stock means more genuinely beat-up clothing, for which the house has a devoted section.

“It’s always better when you have something that’s grown with the time, with holes and so on, than to make it new,” Fölster explained, gesturing at racks of historic garments that had been torn or otherwise maligned on set and re-filed as patina items. (That said, the house’s clear preference is that garments not be destroyed, particularly as heavyweight fabrics of eras gone by getting harder and harder to find.)

Housed in the former dairy storage since the early 1950s, it’s possible that Theaterkunst’s modernization may one day necessitate a move out of this maze of stairwells and interlocking halls of suits and gowns and every type of hat to ever grace a human head. Following Fölster past rack upon rack of mid-century garments, one might wonder at a less wearable symbol of times past, the repetitive no-smoking signs mounted at the end of every row. Who today would even consider lighting up next to three dozen delicate pieces of 1920s ladies underwear? Yet the unnecessary no-smoking plaques seem to fit, tokens in an organization built on absorbing the events that unfold outside its doors and reflecting them back in neatly cataloged togs that, modern though they might be today, will be inescapably consigned to history tomorrow.