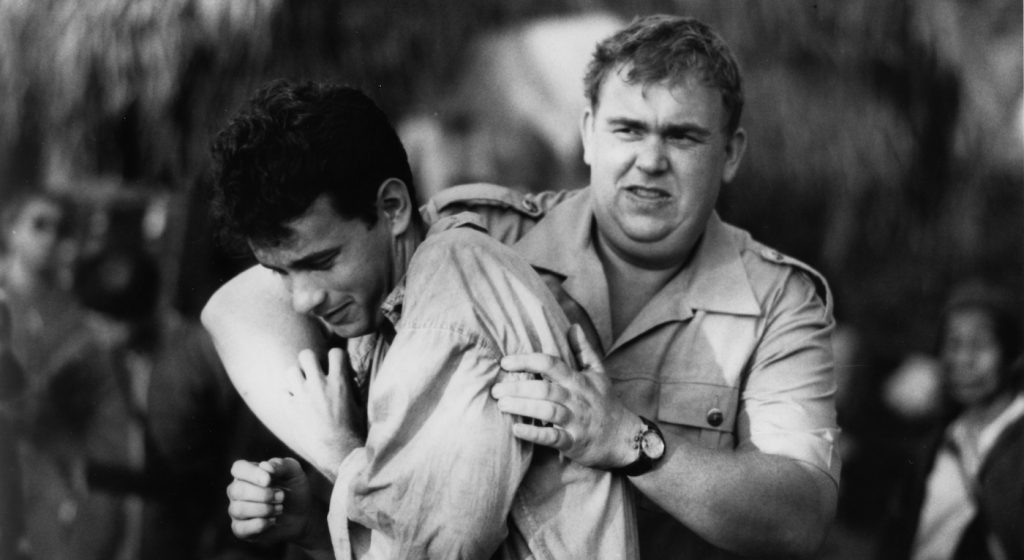 If you’re a little too young to have seen John Candy in his prime, Ryan Reynolds is here to help. The late, great comedy legend passed away 25-years ago today, leaving behind a long list of iconic roles and hilarious films. Candy was also from Canada (Reynolds home country, of course), one of a long line of hilarious entertainers to emerge from the legendary Canadian sketch comedy series SCTV. He passed away on March 4, 1994, while working on the film Wagon’s East. Reynolds has put together a touching, funny tribute to Candy’s career that we’ve embedded below.

Candy was often the funniest person in some of the most iconic comedies of the 1980s, including Home Alone, The Blues Brothers, Stripes, National Lampoon’s Vacation, Spaceballs, Cool Runnings, Uncle Buck and Planes, Trains & Automobiles. If you came of age in the 1980s, there were few bigger, more beloved stars than him. He was also excellent in more serious roles, as he proved when he played Dean Andrews in Oliver Stone‘s JFK.

It’s the 25th anniversary of John Candy’s passing. We cooked up a small tribute to a comedic genius and Canadian hero. If you haven’t seen much of his work, take a look at his films. He was a treasure. Thanks to @chriscandy4u and @therealjencandy. ?? pic.twitter.com/dHvuviKnBs

Candy was the type of performer who could be painfully funny and touching at the same time. This was probably most evident in John Hughes’ classic Planes, Trains & Automobiles. Here Candy played a seemingly obnoxious shower curtain ring salesman named Del Griffith, who drives Steven Martin’s Neal Page crazy during an interminable trip back to their respective families for Christmas. The film’s stunning twist is (31-year old spoiler alert) that Del has no family—he’s only been telling Neal that he’s got people to go home to. And he’s not nearly as obnoxious as first presented; in fact, he’s sweet and thoughtful. Neal realizes that during their entire, unasked for adventure, Del has been spinning a tale to hide the fact that he’s lonely. Even the hardest of hearts will likely soften at the film’s touching conclusion, when Neal finds Del still sitting at the train station, with nowhere to go for Christmas. Candy was dynamite in the role, a perfect mixture of pathos, humor, and heart.

We have Candy’s films, which we’ll cherish. To get a sense of Candy in his SCTV years, check out this video below: