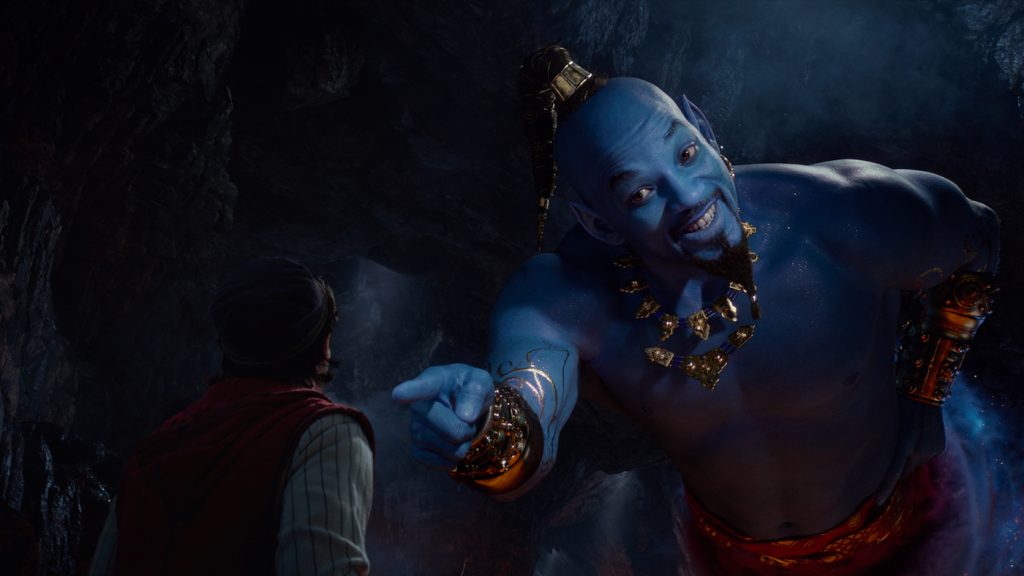 We’ve seen teasers and TV spots, but now Disney has released the first full-length Aladdin trailer. This is our best look yet at Guy Ritchie’s live-action Aladdin, featuring Will Smith as the Genie and Mena Massoud as the lovable, down-on-his-luck Aladdin. The crucial role of Princess Jasmine is played by the immensely talented Naomi Scott.

There has been a lot of pressure on Ritchie and on Smith especially. Disney’s 1992 animated Aladdin is a beloved classic and Robin Williams iteration of the Genie is iconic. “Whenever you’re doing things that are iconic, it’s always terrifying,” Smith told Entertainment Weekly. “The question is always: Where was there meat left on the bone? Robin didn’t leave a lot of meat on the bone with the character.”

The trailer should calm a lot of nerves. You likely know the broad outline of the story. Marwan Kenzari‘s villain Jafar hoodwinks Alladin into bringing him a magic lamp. Aladdin ends up freeing the Genie instead, and this is what changes his life for good. Ritchie’s live-action remake also boasts a score from original Aladdin composer Alan Menken.

Joining the cast are Navid Negahban as Jasmine’s father the Sultan, with two new roles filled by Nasim Pedrad as Dalia and Billy Magnussen as Prince Anders. Numan Acar plays Hakim, who we’re guessing is a bad guy considering he shares the name of one of the henchmen in the original film.

The trailer contains Ritchie’s flair for visual wit and brilliantly staged action sequences. The extended look at Smith’s Genie also reminds us why he’s one of the biggest stars around.

“[Williams] infused the character with a timeless version of himself,” Smith told EW. “I started to feel confident that I could deliver something that was an homage to Robin Williams but was musically different. Just the flavor of the character would be different enough and unique enough that it would be in a different lane, versus trying to compete.”

We think the new trailer proves that Smith found a way to deliver a new, flavorful Genie indeed. Aladdin hits theaters on May 24.