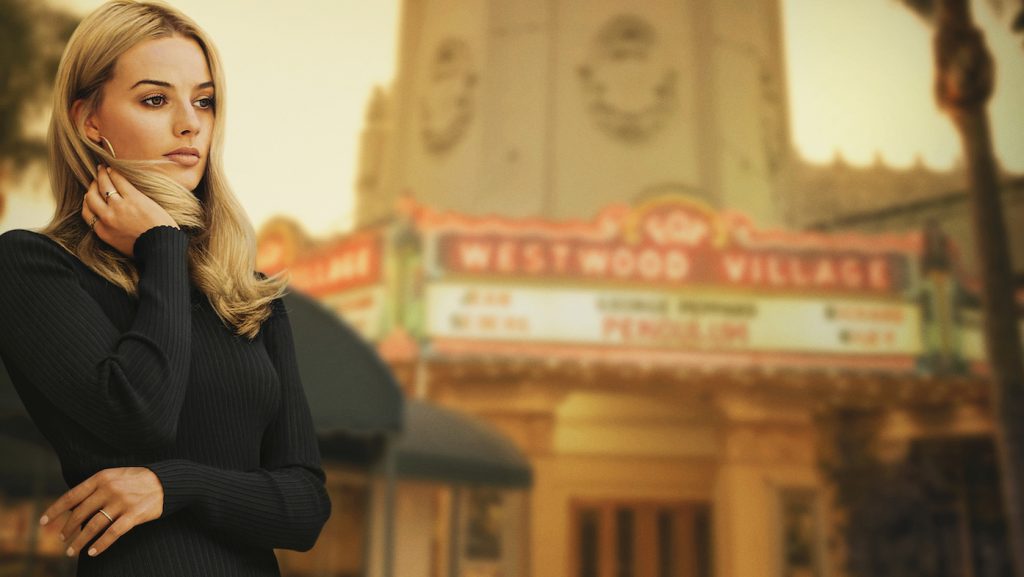 Once Upon a Time in Hollywood Photos Highlight Robbie, DiCaprio & Pitt

We’ve got our first look at Quentin Tarantino’s Once Upon a Time in Hollywood, which boasts a phenomenally talented cast and a setting ripe for his particular talents. The story takes place in 1969 in Southern California and is centered on Leonardo DiCaprio‘s fading star Rick Dalton and his stunt double, Brad Pitt’s Cliff Booth. The two performers happen to live next door to star Sharon Tate (Margot Robbie), thus putting them in proximity to the most famous murders in American history. We’re talking, of course, about the horrific Manson Family murders. Manson’s psychotic acolytes took the life of five people, including a pregnant Tate. Whether Tarantino depicts this terrible evening—or possibly reinvents it as he did much of the “history” in his Inglourious Basterds, is an open question. The trailer gave us very little in the way of plot, but much in the way of late 60s atmospherics.

What we do have are some photos, courtesy of Sony Pictures. The photos highlight the work of customer designer Arianne Phillips and production designer Barbara Ling. DiCaprio’s washed-up Dalton, Pitt’s stuntman Booth, and Robbie’s Sharon Tate all look period-perfect. There are two nice behind-the-scenes shots of Tarantino on set, one with DiCaprio and another with Robbie. The images and the trailer combined still leave us with very little knowledge of how Once Upon a Time in Hollywood will unfold. Tarantino has taken on dark periods in history before—not only World War II in Inglourious Basterds but also slavery in Django Unchained. Tarantino famously re-imagined Hitler’s fate in Basterds and gave Jamie Foxx’s titular Django a redemptive storyline in Unchained. It seems unlikely he’d do something similar with Sharon Tate’s murder. She was an innocent victim of a lunatic and his band of drug-addled killers. Yet Tarantino is nothing if not bold—we simply won’t know how he handles it until the film’s released.

Once Upon a Time in Hollywood will premiere on July 26, 2019. It’s one of the summer’s marquee movies. Perhaps we’ll get a better sense of what the auteur is up to when a second trailer drops. For now, check out the photos below.

Featured image: Margot Robbie is Sharon Tate in ‘Once Upon a Time in Hollywood.’ Courtesy Sony Pictures.