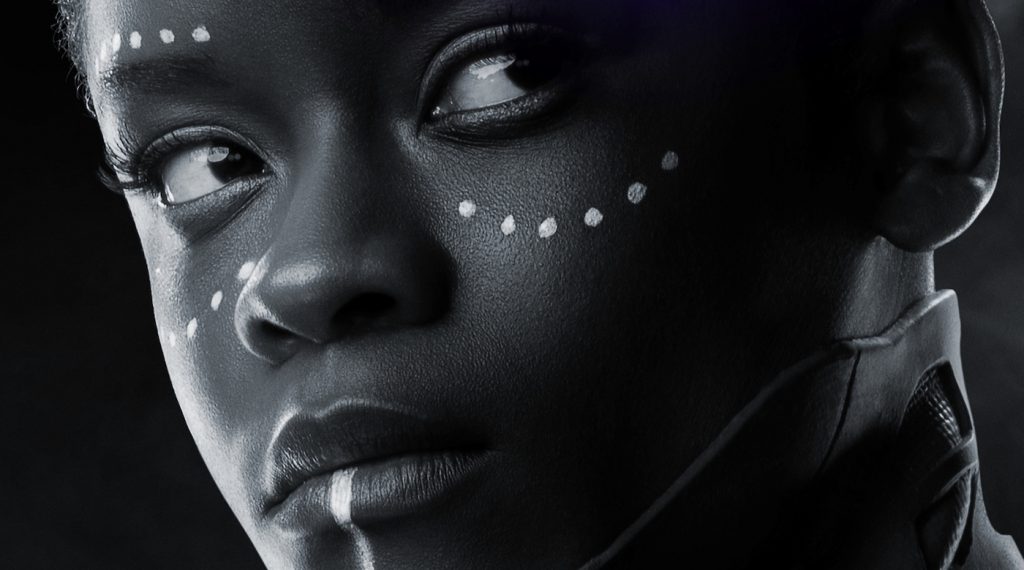 Marvel really flooded the zone yesterday, huh? They released the first official cache of Avengers: Endgame still images, giving us a closer look at our survivors. They also released that huge batch of new character posters. The photos showed us some intriguing new alliances (Tony Stark and Nebula, anyone) and some seriously somber superheroes. We even have an emotional Captain America (Chris Evans), tears streaming down his face. Yet at least the photos gave us a glimpse of our heroes in action. The character posters, on the other hand, were mostly about death. Yes, the folks who survived the Thanos snap in Avengers: Infinity War are represented. Yet it’s the posters in black and white, depicting our fallen heroes, that captured our attention, and none more so than Shuri (Letitia Wright).

In the final moments of Infinity War, we saw first hand many of the characters who got dusted. From Peter Parker (Tom Holland) to nearly the entire Guardians of the Galaxy crew to Black Panther (Chadwick Boseman), we watched in shock as they disintegrated before our eyes. Yet Shuri’s fate was unknown. She has been a key ally to not only her big brother but to the Avengers, too. We were hoping Shuri survived and would be a big part of the survivors’ revenge against Thanos. Then the posters dropped. There was Shuri depicted in the grim black and white. Her poster confirmed what some folks considered the first clue to her fate, glimpsed in the first trailer. At the 1:17 mark, you see Shuri’s face projected at Avengers HQ, followed by the definitely dusted Peter Parker:

Yet was this really a clue? You’ll also notice that Scott Lang (Paul Rudd)’s face is also there, and we know Ant-Man survived. This is why the poster is the real confirmation of Shuri’s fate. The brilliant Wakandan would have been a huge help to the survivors. Her intelligence and technological savvy are second to none—and that includes Tony Stark and Bruce Banner (Mark Ruffalo). Now it’s certain that the remaining Avengers will need to figure out how to un-snap the world without her. Bummer.