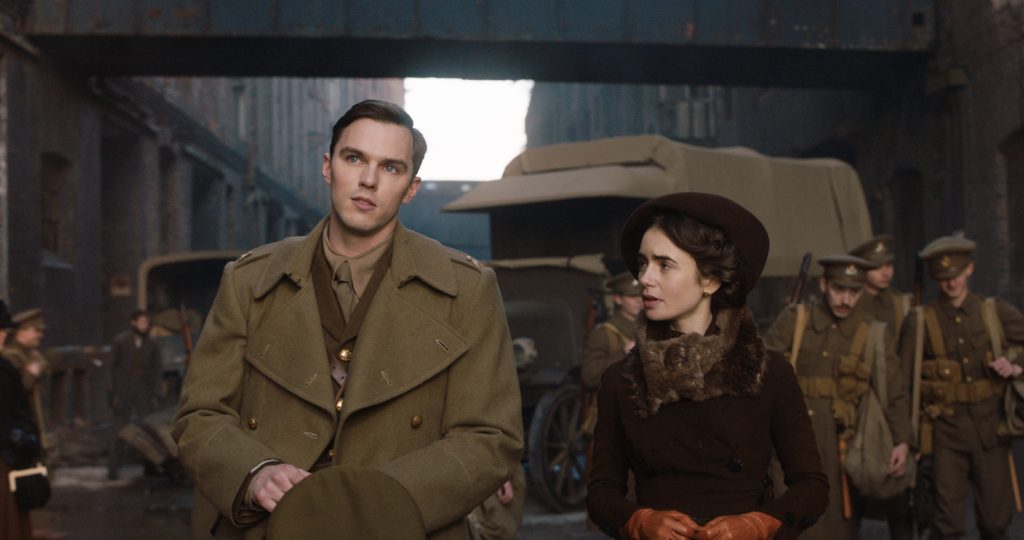 Tolkien Trailer Reveals the man Behind The Lord of the Rings

Long before millions of people were obsessed with Game of Thrones and the seven kingdoms of Westeros, there was J.R.R. Tolkien’s epic, masterly “The Lord of the Rings” trilogy. The densely layered, vastly populated world Tolkien created in Middle Earth was one of the most astonishing feats of world-building, ever. It eventually became a massive trilogy on the big screen, too, thanks to director Peter Jackson‘s Herculean efforts to adapt Tolkien on an appropriately grand scale. Now director Dome Karukoski aims to bring the legendary author into the spotlight with his biopic Tolkien, from a script written by David Gleeson and Stephen Beresford.

Nicholaus Hoult as the legendary author, and here we get a sense of how he thought about his own game-changing creation: “It’s a story about journeys, the journeys we take to prove ourselves,” he narrates. “It’s about adventures, it’s about potent magic, magic beyond anything anyone has ever felt before; it’s about what it means to love, and to be loved; it’s about courage; it’s about fellowship.”

While we hear this, we see images from Tolkien’s life: with friends, falling in love with his future with Edith (Lily Collins), and seeing first hand the misery and extreme violence of war, an experience that would eventually inform his massive Middle Earth creation, from “The Hobbit” to “The Lord of the Rings” trilogy. All LOTR fans know that the books, and films, speak to the horrors of war—the all-seeing Sauron and his armies of Orc and fallen men speak to Tolkien’s own experience on a continent ravaged by total war.