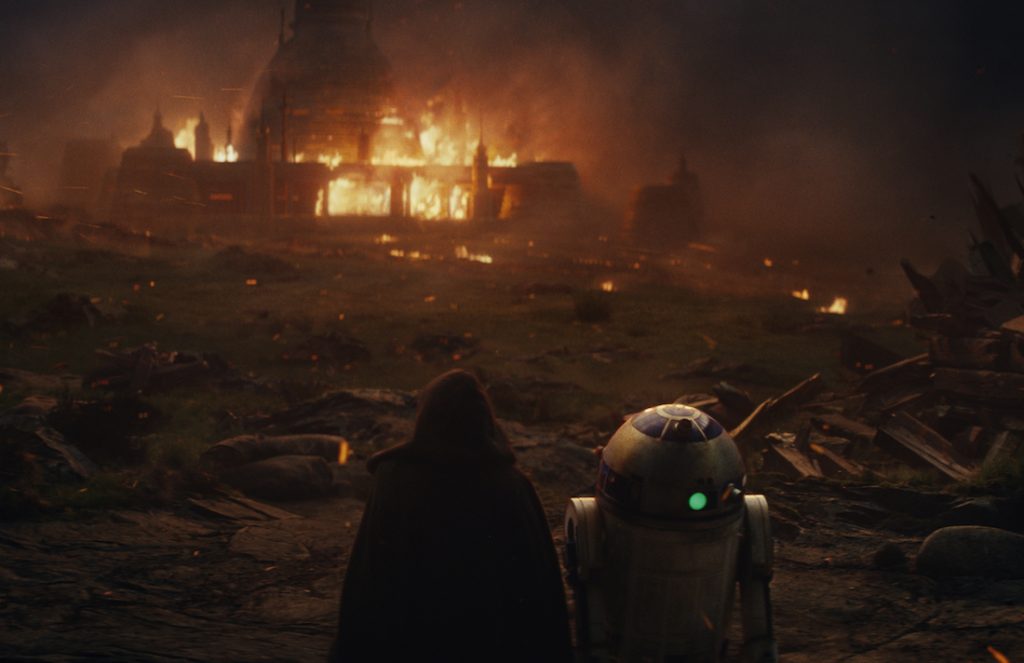 While production is still underway for J.J. Abrams’ Star Wars: Episode IX, one key character has shot its final scene. Emphasis on it, of course, as R2-D2 cannot credibly be given a gender. Yet the most iconic droid in history is played by actor Jimmy Vee, who took over the part for the late, great Kenny Baker. Vee recently confirmed on Twitter that he had completed his work on the film.

It’s been a pleasure working with you. .#anthonydaniels #c3p0 .. #starwars pic.twitter.com/rezoBvNUPS

Vee joins C-3P0’s Anthony Daniels, who finished filming earlier this year. Daniels offered an emotional goodbye to a character whose golden metal boots he first stepped into 42-years ago:

Today was 3PO’s last on Episode IX. He’s sad – so am I. But we’re so proud to have worked with such a lovely, talented cast & crew lead by J.J. & Kathy. I’ll miss everyone but I’m glad to know that we’ve been making something exceptional together, to share with the waiting world.

Daniels was referring to J.J. Abrams (of course) and producer Kathleen Kennedy. With both him and Vee wrapped, the bittersweet question is this; will we ever see R2-D2 or C-3P0 again? Yes, there will be Star Wars films well into the future, but Episode IX marks the end of the 9-film Skywalker saga, and while these two droids have been a crucial part of this long arc, there is a chance their stories end with saga itself. Perhaps they’ll pop up in Jon Favreau’s live-action series The Mandalorian?

As for Episode IX itself, it’s still a long ways away from nearing completion. While principal photography may soon be wrapped, the equally grueling work of postproduction will begin, and all that entails (thousands of CGI shots, for example). The very little we’ve heard from set has been intriguing nonetheless. Perhaps no snippet caught our attention more than when John Boyega hinted at a “shocking” moment. With the Resistance left hanging by a thread in The Last Jedi, and the fate of the late, great Carrie Fisher’s Leia to work out, Episode IX has a lot to do during its runtime. The shocking moment Boyega is referring to could be literally anything, including, but not limited to, some kind of Kylo Ren reversal. The mad warrior of the First Order is the most mentally unstable Star Wars villain we’ve seen in the entire saga.