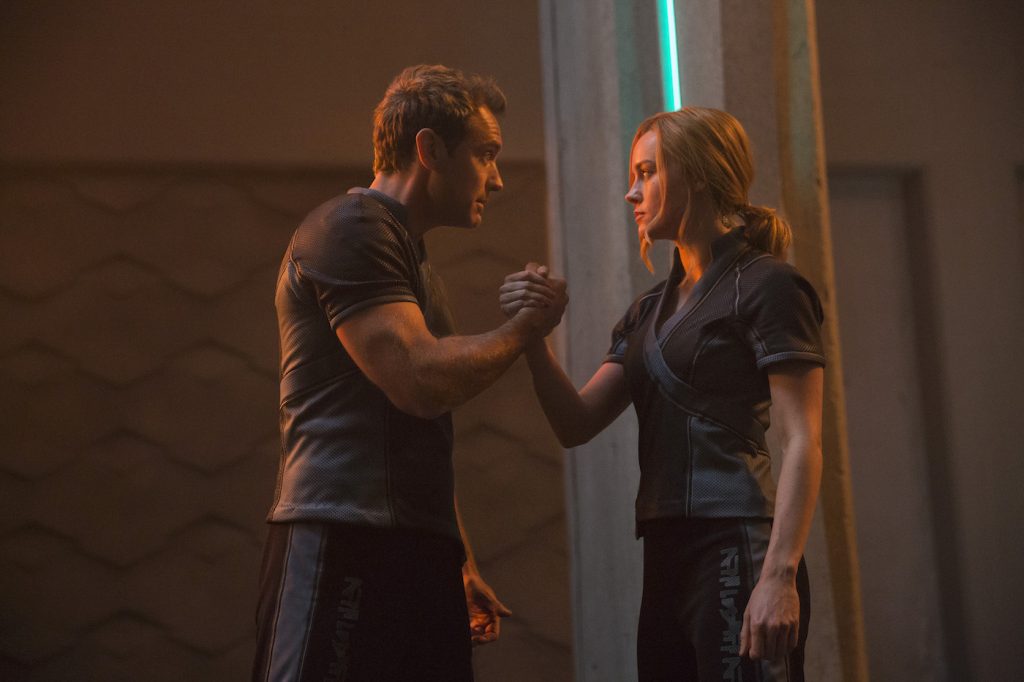 “I’m kinda done with you telling me what I can’t do.” The newest TV spot for Captain Marvel aired during the Grammy Awards, and it was a fitting glimpse at the grit of Marvel’s newest superhero on a night that women ruled the Grammy’s stage. You do not want to mess with Carol Danvers.

Disney decided to roll out this latest look at the world’s last hope (and Thanos’ worst nightmare?) on a big night for television audiences. Just one week prior, Super Bowl viewers were treated to new footage from TV spots for Avengers: Endgame, Toy Story 4 and—you guessed it—Captain Marvel. Last night, as Lady Gaga, Dua Lipa and Kacey Musgraves dominated the Grammy’s stage, Carol Danvers was proving her mettle in a spot that showed she’s more than just the most potent superhero in the Marvel canon.

The beginning of the TV spot features the movie’s magic words and Danver’s catchphrase—”Higher, Further, Faster“—which then contrasts with a hater trying to break her down: “you won’t last a week,” “they’ll never let you fly,” and every woman’s personal favorite, “this isn’t a game for little girls.” Clearly, this mansplainer has grossly misunderstood who he’s dealing with. Simultaneously, scenes are shown of Carol growing up into the fierce warrior that trains with the Kree.

Suddenly, we hear another hater shout “give it up,” but Carol’s fist says otherwise. We then see the young woman reborn as the movie’s refrain repeats. Danvers dusts herself off, rises, and Captain Marvel is here, ready to kick some galactic butt.

The lesson is clear: don’t ever underestimate Carol again. We can’t wait to see her in action next month, but will this Carol, along with the remaining Avengers, be enough to overpower Thanos? The directors to Avengers: Endgame discussed the risks with having characters as powerful as Captain Marvel in an interview. The answer to that question might be an obvious yes, but the consequences the Avengers will reap in taking out Thanos will likely be huge.

With the Oscars falling on February 24, Disney is sure to seize the opportunity of another large TV audience and bless fans with more new footage. We’ll be watching!