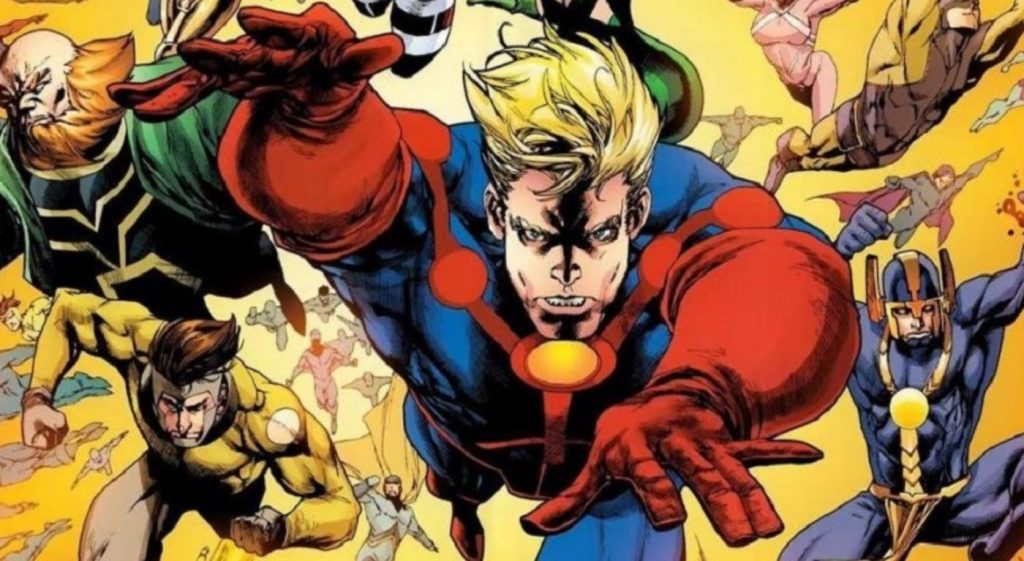 Every day we inch closer and closer to the epic final chapter that will be Avengers: Endgame. The Russo Brothers three-hour conclusion to Marvel’s Phase 3 is the culmination of a whopping 22 films. It’s hard to imagine a larger film than Endgame, but it looks like Phase 4 and beyond will include films that make the scope of Endgame seem small-ish by comparison. One of those films is Eternals. These folks are a group of genetically modified human beings with immense powers. The Eternals even count the Mad Titan himself as their kin. The Eternals were created by comic book legend Jack Kirby.

Very little is known about the story at the moment, but Marvel Studios did tap brothers Matthew and Ryan Firpo as their screenwriters. The Rider‘s Chloe Zhao was named as director this past September. In an interview with Collider, Marvel President Kevin Feige said that the Eternals will arrive on screen as a group (think Guardians of the Galaxy), rather than have individual films lead up to a larger ensemble picture (think Avengers.)

“Everything after Endgame, and after Spider-Man: Far From Home, will be different and be unique, as we try to make every film. But seeing returning characters is certainly something we’re gonna do and want to do. But also introducing characters that the majority of the world has never heard of, much like Guardians, much like Avengers before we made Avengers. And there are lots of them. Eternals are one group, but we like the idea of introducing an ensemble, doing an ensemble movie from the start, as opposed to building up as we did with the first Avengers. More like Guardians, not tonally, but in terms of introducing a new group of people. You were asking about ’60s, and ’70s before. Jack Kirby did an immense, amazing epic with Eternals that spans tens of thousands of years, and that’s also something we haven’t really done, which is why that among many other things post-Endgame, we find appealing.”

The MCU is going to look and feel different starting with Phase 4. An epic like Eternals is just one intriguing upcoming film. Chinese-American writer Dave Callaham is working on a stand-alone Shang-Chi film, about the titular Kung Fu master. Ryan Coogler is already on board for a Black Panther 2, continuing the saga of T’Challa. We’re but a week and change away from the premiere of Captain Marvel, the MCU’s first film to feature a female superhero in the title role.

An Eternals movie could be a fun, cosmic addition to the ever-expanding, increasingly diverse MCU. For now, we’ve got Captain Marvel coming up on March 8, followed by fellow Eternal Thanos battle the remaining Avengers when Avengers: Endgame lands in theaters on April 26.