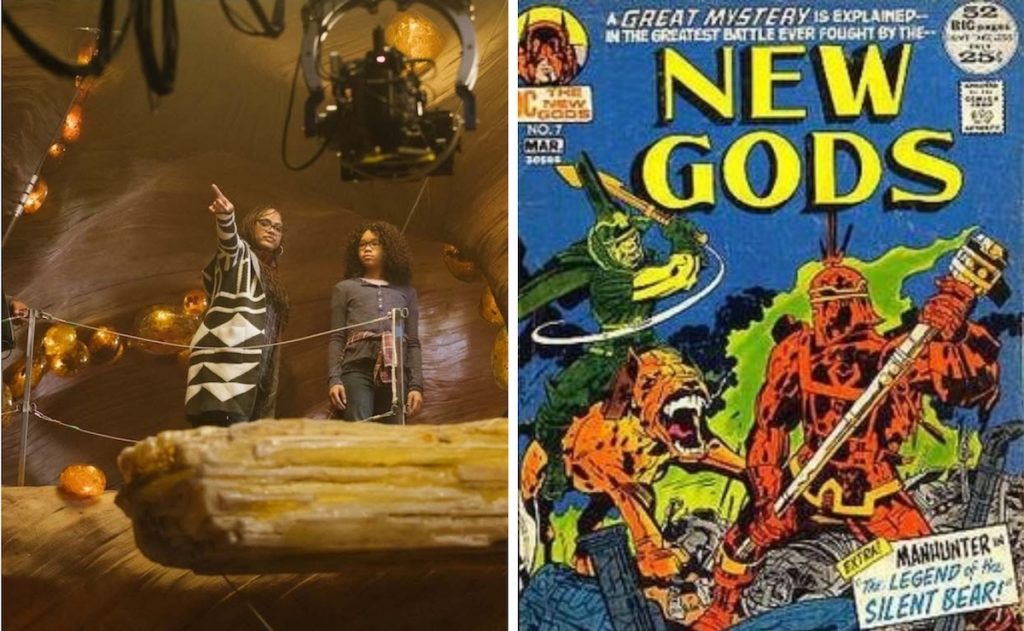 Ava DuVernay to Direct Adaptation of The New Gods

Ava DuVernay is one of our favorite filmmakers, so the news that she’ll be tackling a big-budget screen adaptation of legendary comic book visionary Jack Kirby’s The New Gods is incredibly exciting. It marks the second potentially massive comic book franchise that Warner Bros. and DC have entrusted to a female director (more of this, please) after Patty Jenkins turned Wonder Woman into a critical and box office smash.  Deadline reports that the auteur, fresh from making history as the first woman of color to helm a $100 million-plus live action film with her epic A Wrinkle in Time, is going to continue making big, bold films, only this time from a very different kind of source material—a trilogy of related comics from a legend.

DuVernay was at one point in talks to director Black Panther (if you haven’t heard, Ryan Coogler ended up taking on the film and making history himself), so her connection to the comic world isn’t new. As Deadline reported, DuVernay even hinted at her New Gods connection late last year. “She responded to a question on social media on who her favorite superhero is…’Big Barda. Many reasons’ was her reply. Big Barda is one of the New Gods and the wife of Mister Miracle, also a Kirby creation,” Deadline‘s Dominic Patten writes.

“The New Gods” was created by Kirby in 1971, and thus far, there seems to be no connection between what DuVernay will be tackling and the rest of the DC world—including Patty Jenkins’ Wonder Woman (Jenkins is at work on the sequel now) and Wonder Woman’s fellow Justice League members.

The New Gods are the creation of the super villain Darkseid. They came into existence in the aftermath of the destruction of the old gods of classic mythology during Ragnarok (which, unsurprisingly, was a part of the story of Thor: Ragnaork). “The deities inhabit two planets: one is New Genesis, a lush paradise, and the other Apokolips, which sounds like Dante’s version of hell,” Patten writes. Once the New Gods come into existence a massive war breaks out. It’ll be very interesting to see what DuVernay does with this material, which is, of course, much darker than A Wrinkle in Time. Yet she hardly shied away from the brutal reality in her brilliant, breakout hit Selma, and we can think of no better director to play in Kirby’s wild universe of good and evil, light and dark than her.

We’ll keep you posted as we learn more about this thrilling project.

Featured image: L-r: Ava DuVernay and Storm Reid on the set of Disney’s A WRINKLE IN TIME. Courtesy Walt Disney Studios. The cover of Cover to The New Gods #7 (Feb.-March 1972), featuring “The Pact”. Art by Jack Kirby and Mike Royer.