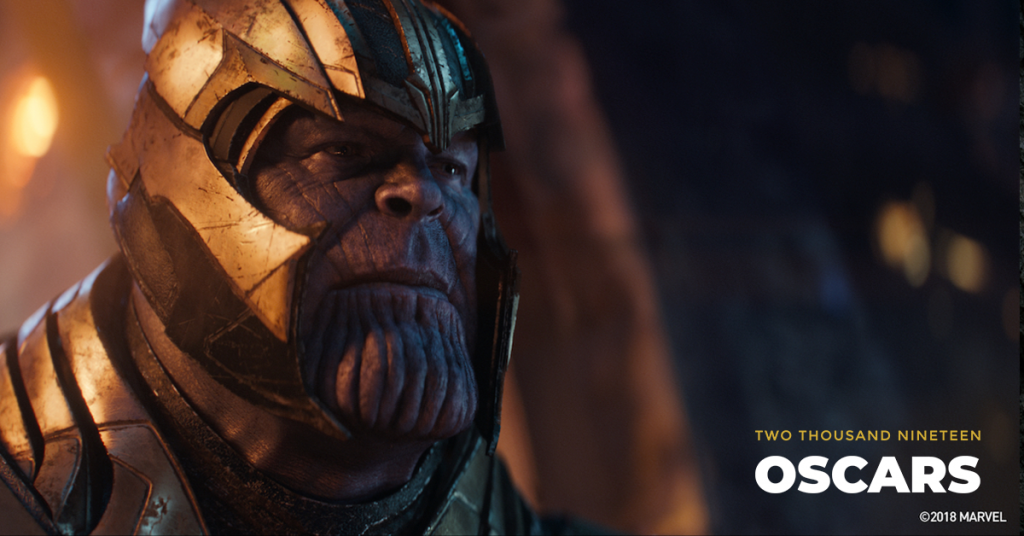 Avengers: Infinity War, one of the biggest movies in history, found its CGI footing through the collective efforts of 11 different VFX outfits. Visual effects supervisor Kelly Port succinctly sums up the focus for his team at the Los Angeles-based Digital Domain company. Port says, “Basically, all the super depressing scenes were us.” He jokes, “It’s like ‘For the next one, give us something funny to do please,’ because these were really heavy scenes.”

On Avengers: Infinity War, Port and some 300 colleagues were tasked with transforming five-foot ten-inch actor Josh Brolin into brooding eight-foot super villain Thanos. “It was a very cool challenge for us because it’s absolutely critical that Brolin’s performance come through, and not just in some generic way,” Port says. “Thanos is a genocidal maniac, right? But then to some degree you also sympathize with him.”

In order to establish a connection between character and audience, Port says, “We went very close up to his face for all these serious moments and we had to translate all those micro expressions in his face. Little twitches, veins popping on the forehead, lip compression—it’s subtle stuff that you might not consciously see but in the end, it creates a result that you just buy as being more real.”

Arguably the movie’s most emotionally intense sequence unfolds on the gloomy planet Vormir, where Thanos throws his adopted daughter Gamora (Zoe Saldana) off a cliff to acquire the “soul stone.” Infinity War filmed mainly in Georgia, but for this interlude, Port traveled to South America. “We went to this amazing location in Brazil and shot on sand dunes,” Port recalls. “We spent five days there in a helicopter capturing footage of this spectacular environment.” Building from that foundation, Port says, “We augmented the location with the base of a mountain from Iceland. Then we added eclipses and other planets to make everything feel otherworldly.”

Port and his team worked closely with Marvel VFX chief Dan DeLeeuw and production designer Charles Wood to update pre-existing characters like Red Skull, previously portrayed by Hugo Weaving and played this time around by Ross Marquand. “Red Skull looks a little different from how he looked in Captain America: The First Avenger because we wanted to show that he’d been irradiated by the Tesseract,” Port says. “He’s caught between dimensions so there’s this weird smoke coming off him, which makes Red Skull life-like and kind of ghost-y at the same time.”

Digital Domain managed to keep pace with the demanding Infinity War production pipeline thanks in part to a proprietary new technology called Direct Drive. “It’s a combination of machine learning, hand tweaks and training data where you feed the system thousands of shapes and eventually end up in a place where you have a more finished result right from the start,” Port explains. “We’re able to match [the CGI character] closer and closer and closer to the live action performance.”

Filmmakers captured strong performances from Brolin-as-Thanos by filming on actual sets rather than green-screen soundstages. Describing the opening confrontation that takes place amid the ruins of a spaceship, Port says “We took the live-action Loki and Thor basically as you see them and put them up against Josh as Thanos in his mo-cap suit. We put hundreds of motion capture cameras in and around the set, kind of hidden, which allowed us to film the actors in the context of an actual set build. That really helps the actors perform because you’re giving something real to react to.”

For more than two decades, Port’s been watching CGI technology evolve while crafting visual effects on movies ranging from Lord of the Rings: The Fellowship of the Rings to Beauty and the Beast. His own learning curve continues apace. “One of the big reasons I got into visual effects in the first place is that I get bored really easily,” Port says. “Doing all these different shows, you learn the weirdest things. On Titanic, I had to learn about what kind of seagulls live in the Atlantic Ocean. For Apollo 13, we had to build rockets. And with Infinity War, you’re researching all this stuff about space nebula, energy and plasma. It’s a blast.”