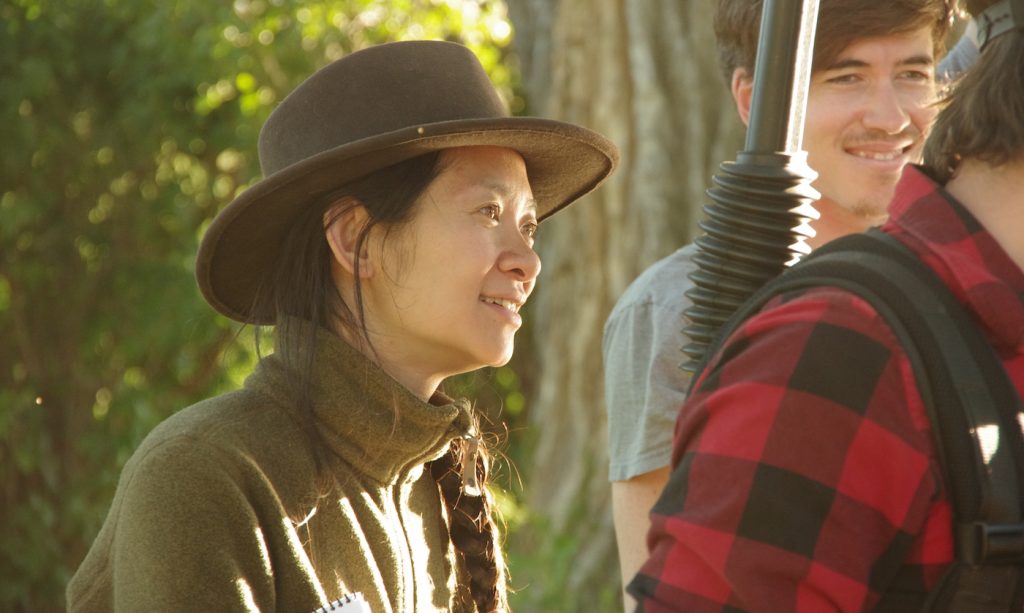 The Rider, a meditative half-fictional drama set on the Pine Ridge Lakota reservation in South Dakota, first premiered at Cannes last year, where it won the Art Cinema Award. The second feature film from the Chinese director Chloe Zhao, it opened in wide release this past Friday. Zhao, who attended undergraduate and film school in the U.S., was living in New York before she decamped to South Dakota, where she made Songs My Brother Taught Me, also about the Lakota Sioux. During the making of that film, Zhao met her current star, Brady (Blackburn in The Rider, Jandreau in real life) and his family.

Brady, on-screen and off, is an American Indian cowboy. A real-life injury set the stage for The Rider, which opens to a close-up of Brady removing staples from his head, the result of a rodeo accident. As the film progresses, so does Brady’s difficult acceptance that he can longer be a rodeo rider, which as both sport and career has become an all-djfinining feature of his life. He takes on other work, training horses and stocking grocery store shelves, and grapples with finding a sense of purpose while resisting the magnetic pull of the rodeo.

Brady Jandreau, who has never acted before, is a restrained, compelling actor, starring alongside his father, Wayne, and sister, Lilly. Zhao’s long shots of the prairie and her intimate portrayal of Brady’s exceptional equine relationships add a unique beauty to her star’s half-fictionalized story. Unlike so much work about men and their horses set in the American West, The Rider is remarkable for its running senses of realism and respect. We sat down with Zhao to talk about her extensive work in Pine Ridge.

What first brought you, as a filmmaker, to Pine Ridge? I heard spirituality was one motivating factor, but were there others?

Now where did you read that? Well, that’s one reason why I went. I probably had a lack of spirituality at the time, but I didn’t go for spirituality. I wanted to go somewhere where things haven’t changed so much, like things have in New York…[to go to] a place where people are still so exposed to nature, where they don’t feel they’re above it. When you’re in South Dakota, by the Badlands, when a storm comes you really feel like you’re a part of this world. As opposed to being in a room with air conditioning.

There was a feeling, a separation from nature that I had, and I was turning 30, and that didn’t feel right to me. I’m not religious, but I was trying to figure out what was beyond the world we live in. A lot of religions have that quality, but when they’re institutionalized, that’s not the case. What’s going on there [in the Sioux community] today is quite tragic, because there’s a separation between people and their way of life. And that spirituality comes out of that way of life.

You were inspired to write this film based on Brady’s real-life injury. How much of the story hems to fact, and how much is fictionalized?

I met Brady a year before he was injured. The day I met him, I wanted to make a film with him. I was very drawn to the way he lives and his presence. When he got hurt, the story presented itself to us. I would say factually, in terms of where he lives, his family, injury, and what he does for a living — about 40% is fiction, 60% is true. In terms of personality, he’s really different. He’s playing a character. Brady in real life is talkative, funny, happy-go-lucky.

Do you see the issues Brady grapples with in the movie commonly reflected in the community’s reality?

I think that kind of thing for a young man, trying to figure out who they are, where they belong in the world, because of responsibility but wanting to have freedom, it’s a very human struggle for a young man of that age. Societal pressure as to how to behave, especially in that part of that country, is quite a general theme.

Brady’s story is so sensitively told. Do you feel that being a woman filmmaker enabled you to bring a heightened sense of nuance to the story?

I really do believe a man can make this film as well. I think the labels of man/woman/cowboy/Chinese/liberal/conservative are really problematic because they’re everywhere. I’m glad the film turned out this way, but I didn’t go into it thinking ‘I’m a woman and I want this to turn out a certain way.’ Brady and I related to each other. There was something we wanted to make as human beings, first. And then, as a woman in a woman’s’ body, did that [change the film]? No, first you have to connect as humans and then you can tell a story.

What was the Lakota response to the film?

Only the family has seen it, but we haven’t screened it yet. There’s one theater in Pine Ridge, and that’s probably the only place that people saw [my first film]. When the film opens nationwide, it’s going to play there, and other parts of South Dakota, hopefully. The opportunity y for local people to see the film is when it goes on Netflix.

As a filmmaker focusing on this community, what kind of response did you get? Did it change or evolve over time? How did you find the people who came to star in your films?

Pine Ridge is really big, the size of Connecticut. It only has 33,000 people. When I was making my first film, I spread myself thin, I met a lot of people. Over the years, I settled down with a smaller group. Occasionally people recognize me as ‘oh, you’re the woman who made the film.’ I feel very comfortable going into places. I feel more comfortable being there than in most parts of the country. I couldn’t have made those two films without Facebook. That’s how I found everybody — people are all communicating through Facebook.

What is your next project about the Lakota?

I was writing a script about the Keystone pipeline and how that affected the community on both sides, about two years before Standing Rock broke out. That’s always been there by the way, it just happened to become a mass media thing. I was developing this project and because of Standing Rock, I decided to put that story on hold, because I don’t want to write a story where people only want me to tell one side. There was a very beautiful moment when the chief of police and the chief of the tribal police got together and said, we’re still neighbors. The media likes to say one side is against the other, but I really want to tell human stories about how people’s lives are affected, on either side. So I wanted to meditate on this more and then come back and tell it. Now, I am working on a historic western set in the 1800s, but about different communities.