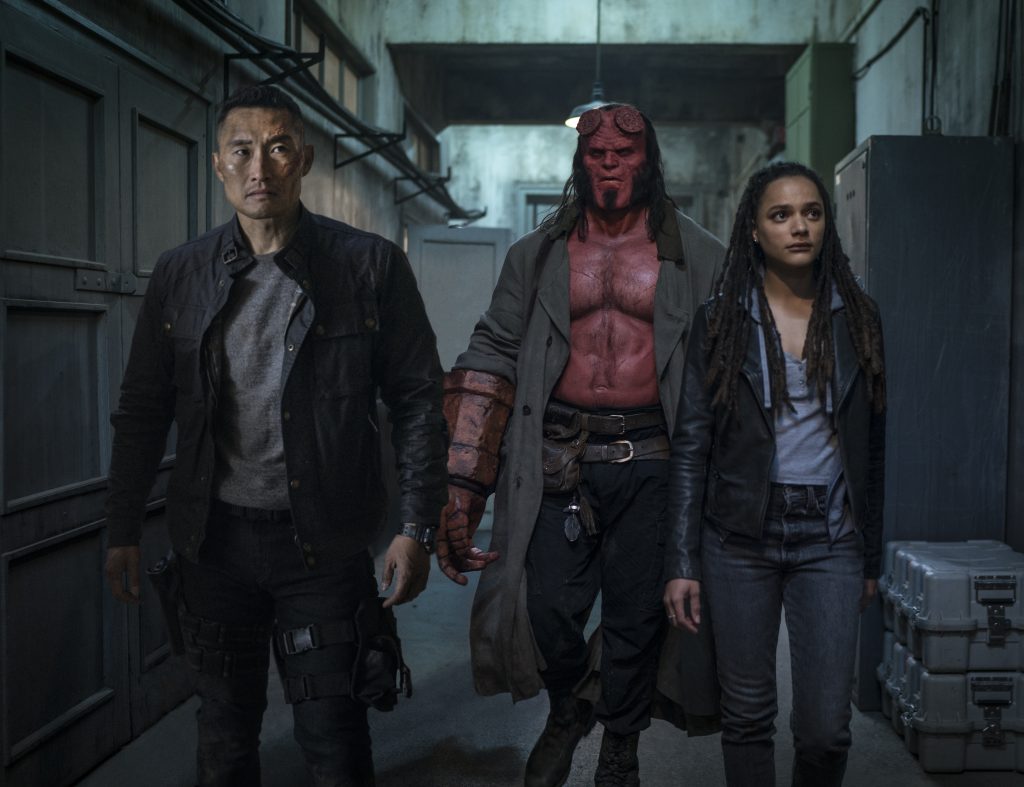 Choose your weapon. Hellboy (David Harbour) is wielding all of his most famous tools of destruction in two new posters for the film.

The first features the demon hero wielding a flaming sword undo a fiery halo. Sporting his epic full-length horns, the image also features Hellboy’s most famous asset – the Right Hand of Doom. Compared to his more human-like hand, you can really see just how sizeable that arm is.

The alternate poster, shared on Twitter by creator Mike Mignola, looks like Hellboy is right in the depths of hell, but he’s armed with some serious ammo. He’s packing some serious firepower that looks much larger than the four-round Good Samaritan. All in all, expect this to be a violent clash with The Blood Queen, Nimue (Milla Jovovich).

Can’t wait for you all to see the new #Hellboy trailer! Tonight at midnight. pic.twitter.com/RdjNBvq5Dh

If you’re antsy for more, there is a new trailer being released at midnight that we will obviously dissect tomorrow. In the meantime, there’s an eye-popping 15-second teaser available now. It involves flying on the back of a weather-beaten dragon, winged monsters, and a little downtime in the office.

What really excites me here is the makeup design. David Harbour looks amazing and the prosthetics are really dynamic. Joel Harlow and his team at Morphology FX had a hand here. You know his name from Black Panther, Logan, and many others.

What I really appreciate here is that it is a full transformation, but we do not lose the actor behind the makeup design. I’m not afraid to admit it. I’ve spent a lot of time staring at Detective Hopper in Stranger Things and I can recognize the guy. Harbour’s expressions are clearly present, which is exciting for the new phase of the character. He won’t be phoning in a performance from behind a layer of prosthetics. We’ll be able to fully appreciate what he’s bringing to the role.