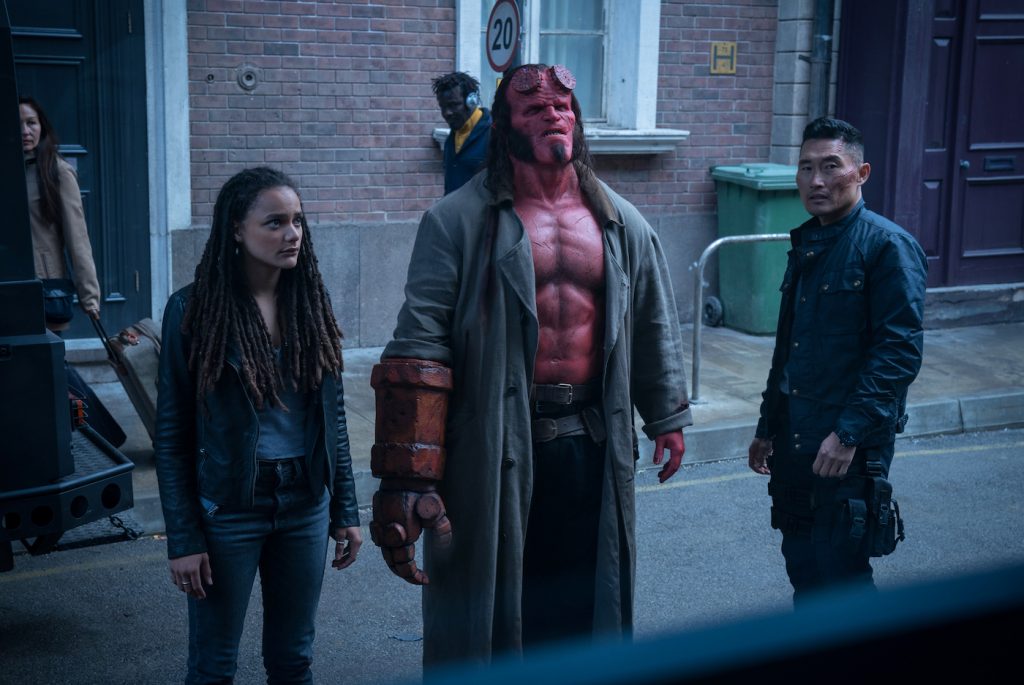 Hellboy is (Literally) On Fire in the First Trailer

Holy horns of flames. The Hellboy trailer is not messing around. It’s here, it’s sarcastic, and it’s totally out of control.

There is a ton packed in here as the trailer tries to exponentially outdo itself over the span of two minutes. Things start out solemn with an organized SWAT mission, but quickly take a turn toward the insane. The setup here is an amusing one as Hellboy is initiated into a team led by Professor Bruttenholm (Ian McShane) that “fights against the forces of darkness.” The irony here is that a lot of those beasts bear more resemblance to Hellboy than humans, which can cause some confusion and tension. Of course, the reformed demon has thick skin and doesn’t let it get to him.

A custom-made pistol appears to be the weapon of choice for Hellboy and he already demonstrates in gory fashion just how effective it is. Don’t underestimate, though, the power of “smashing things real good.” We get a few brief glimpses at the Hand of Doom in action, but it’s not the best tool for every job. When Hellboy gets stuck in an elevator, it does more harm than good.

We are incredibly excited to see Sasha Lane as Alice. She’s fighting alongside Hellboy and has some serious fight skills. She also doesn’t appear to be a jerk like team member Ben (Daniel Dae Kim) who is super judgy about the whole demon thing. One notable absence, there are no Nazis in sight. Hellboy lore usually states that he was brought forth by Hitler’s followers to do their evil bidding. Here, he seems to treat Bruttenholm like a father figure. The Professor even references his efforts to make Hellboy the best that he can be. Might be an interesting twist on the character’s origin.

So who are they fighting, exactly? Some totally insane creatures that look spectacular. There are giants, werewolves, and ogres galore, but those are just appetizers to the delicious main villain course. Things get serious when Nimue the Blood Queen drops in (Milla Jovovich). That’s when Hellboy breaks out the flaming halo and sword. It’s not totally clear where this amazing clip comes into play, but at this point, he has the full-length horns we’ve been speculating about from the posters.

There is actually a lot for the fans of the Guillermo del Toro films to love here. David Harbour has upped the ante on being blunt and abrasive. The film appears to be jam-packed with incredible monsters that will be a warm up to the main fight. So far, this looks like a crowd pleaser for former fans and newcomers to the franchise.