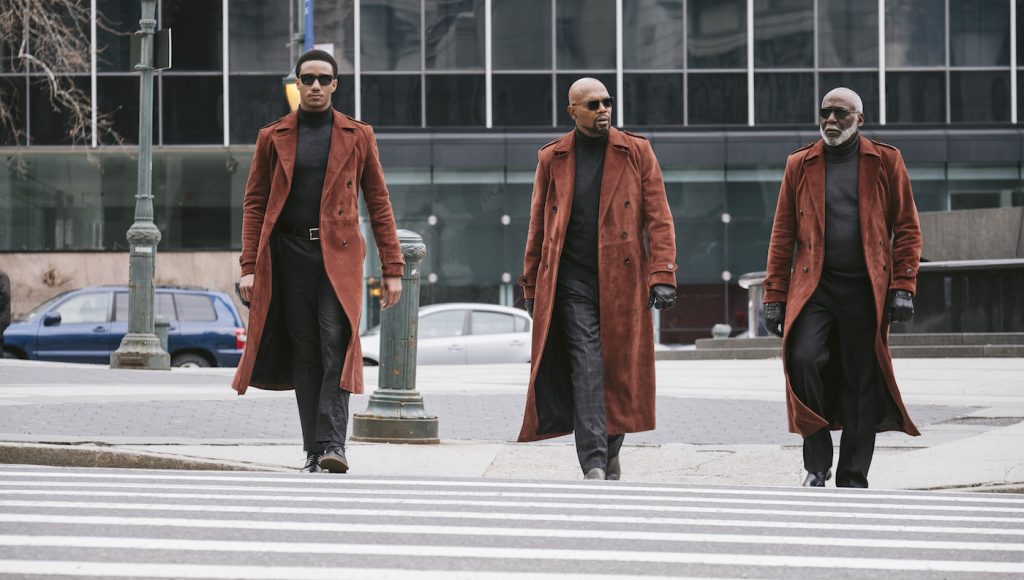 “I’m an equal opportunity ass-whooper!” Shaft is back!  New Line Cinema made public the first trailer for the upcoming action comedy, set for release this summer. And guess what? The newest chapter in the Shaft franchise will have not one, not two, but three generations of New York’s smoothest private eye.

That’s a lot of Shaft—we definitely dig it. Add in JJ’s mother is played by the Regina Hall (Girls Trip), and this will be a family reunion you won’t want to miss!

You can read the synopsis for Shaft below:

JJ, aka John Shaft Jr. (Jesse T. Usher), may be a cyber security expert with a degree from MIT, but to uncover the truth behind his best friend’s untimely death, he needs an education only his dad can provide.  Absent throughout JJ’s youth, the legendary locked-and-loaded John Shaft (Samuel L. Jackson) agrees to help his progeny navigate Harlem’s heroin-infested underbelly.  And while JJ’s own FBI analyst’s badge may clash with his dad’s trademark leather duster, there’s no denying family.  Besides, Shaft’s got an agenda of his own, and a score to settle that’s professional and personal.

Kenya Harris of black-ish united with Alex Barnow of The Goldbergs to write the script, and the third take of Shaft stars Alexandra Shipp, Matt Lauria, Titus Welliver, and Cliff “Method Man” Smith. The movie itself is based on the character John Shaft from Ernest Tidyman’s novel.

Can ya dig it? Shaft premieres in theaters June 14.